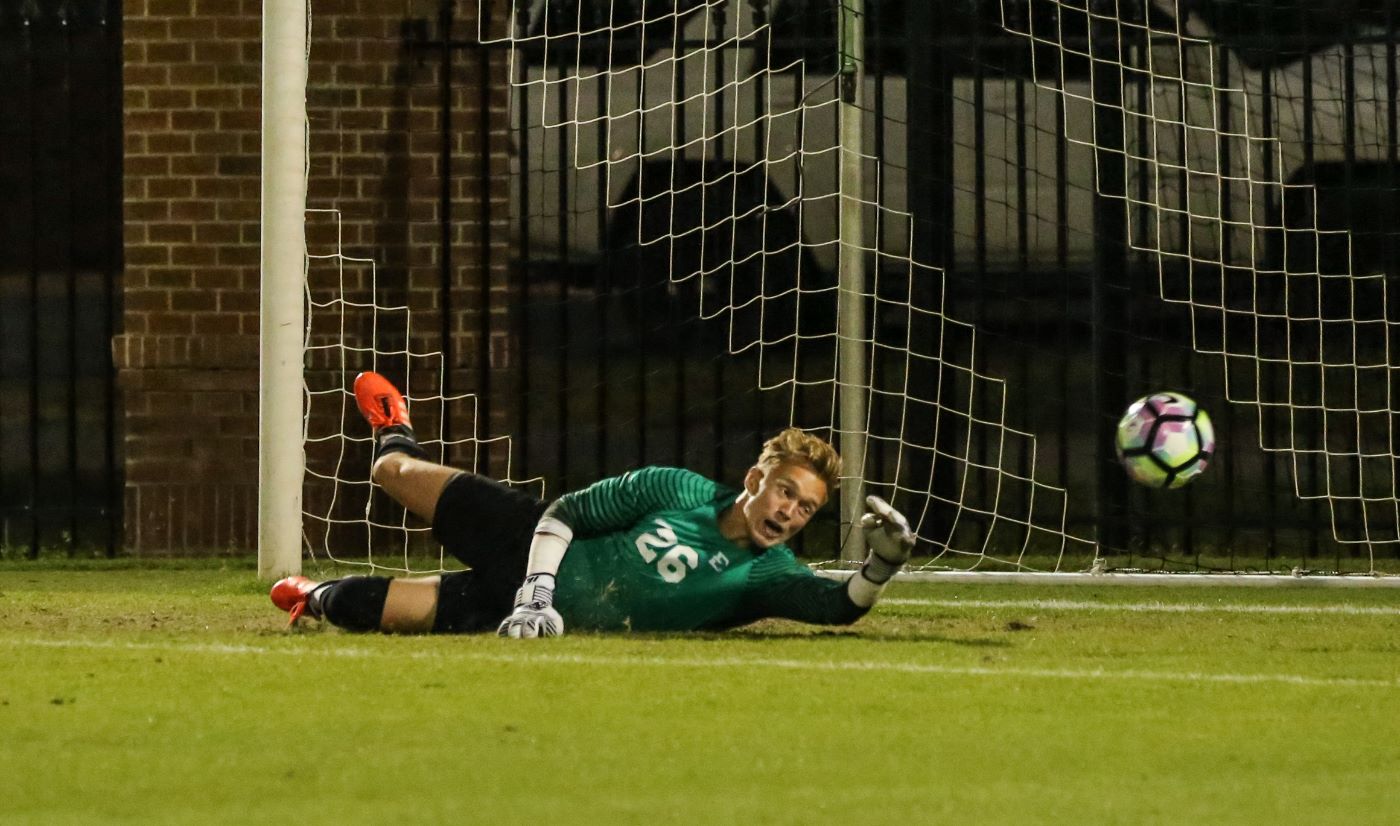 JOHNSON CITY, Tenn. (Oct. 6, 2017) – The ETSU men’s soccer team fought off 19 shots and 11 corners from No. 25 Furman, but protected the net to pick up a nil-nil draw in conference play at Summers-Taylor Stadium Friday night.

The ETSU backline turned in a strong performance in the shutout, fighting off a plethora of Furman attacks. The Bucs fended away a season-high 11 corner attempts without allowing a goal.

The Bucs saw its fair share off attacks, putting up six shots. Junior Luke Parker (Memphis, Tenn.) nearly found net in overtime, launching one just wide of the net early in the second overtime. Parker also hit the right post on a shot in the second overtime, but freshman Danny Barlow’s (Newcastle, England) put-back was saved before going in.

ETSU will look to defend home turf again Tuesday, Oct. 10 as it hosts Mercer to wrap up the first half of the SoCon schedule. Kickoff from Summers-Taylor is scheduled for 7 p.m.