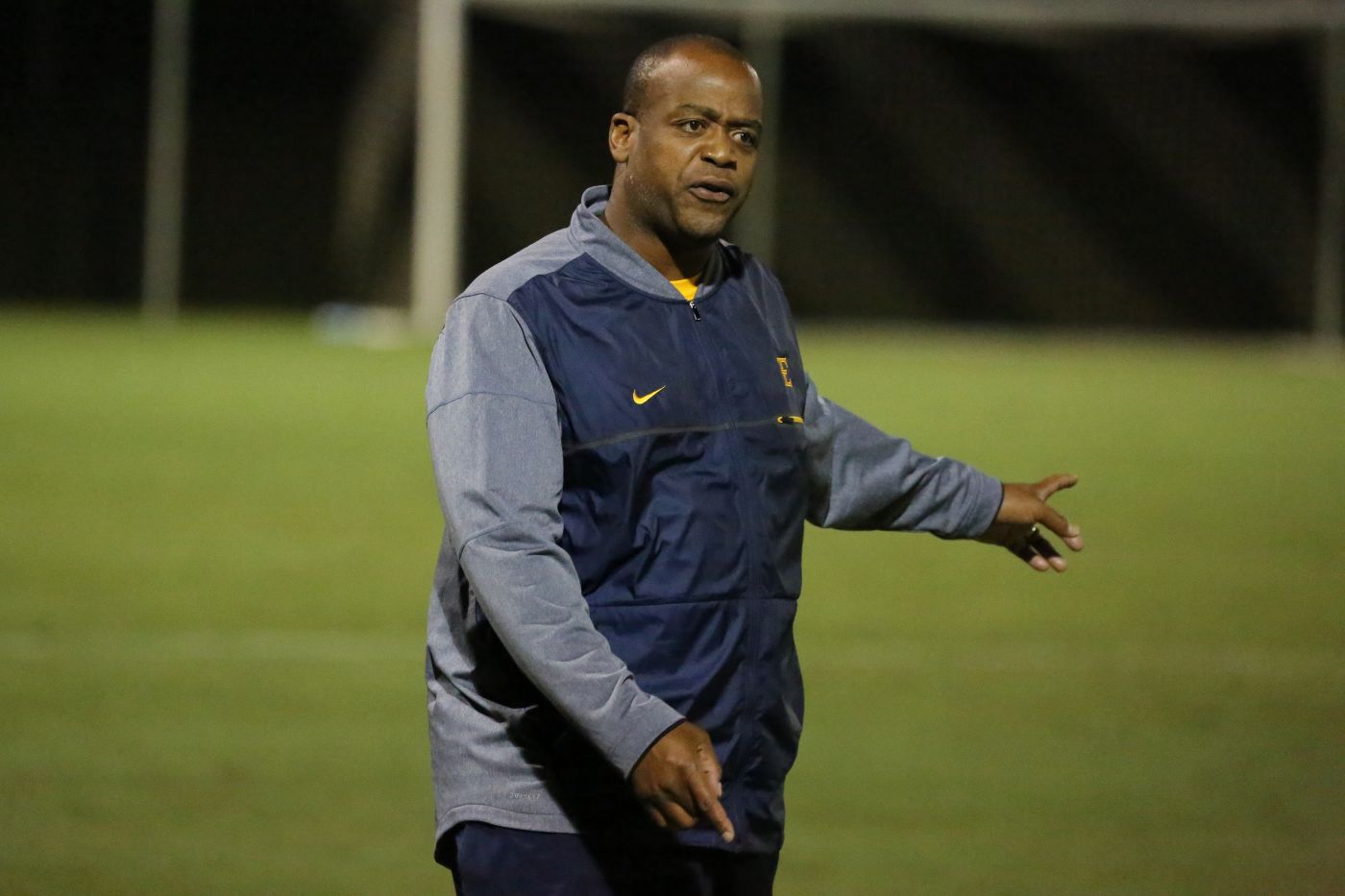 JOHNSON CITY, Tenn. (Oct. 9, 2017) – Coming off a scoreless tie with Furman, the ETSU men’s soccer team will look to hold its place at the top of the Southern Conference standings as it closes a two-game home stand with Mercer Tuesday, Oct. 10 at 7 p.m. in Johnson City.

The Bucs are the only unbeaten team through four SoCon games, as they claim a 2-0-2 record against conference foes and are 5-2-4 overall. Mercer trails behind in second place with a 2-1-1 record in SoCon action, with its one loss coming to UNCG last Saturday.

Tomorrow’s contest will be available on ESPN 3, as play-by-play announcer Mike Gallagher will bring tomorrow’s action. Air time is set for 7 p.m. EST.

The Bucs fought off 19 shots, 10 shots on goal and 11 corner kicks to keep Furman off the scoreboard, turning in a 0-0 draw at Summers Taylor Stadium last Friday night.

Junior goalkeeper Jonny Sutherland (Chester, U.K.) was the star of the show, recording a career-high 10 saves and his fifth clean sheet of the season. The third-year netminder is now four saves away for breaking ETSU’s career mark of 182 set by Ryan Coulter. Sutherland has 39 saves this season.

Mercer has experienced an up-and-down season so far, but appear to be in great shape nearing the second half of conference play. The reigning-Southern conference champions are 4-5-3 on the season and 2-1-1 in conference play.

Mercer – who began its program in 1970 – is ETSU’s most storied rival and has been with the Bucs nearly every step of the way. The Bears were members of the ASUN conference when ETSU established its men’s soccer program in 2008. Both teams would later join the SoCon together in 2014.

Mercer is led by 10 year head coach Brad Ruzzo, who took the helm in 2008. He came into the season with an 82-77-18 career record and a 20-8-2 record in SoCon play. In the SoCon tournament, Ruzzo is 3-1-2 all-time, including a win in last year’s tournament championship over ETSU.

Mercer is an attack-heavy offensive team, as it leads the conference with 14.17 shots per game. The Bears also have an advantage in corner kicking over its opponents by a combined 74-55 this season. Defensively, Mercer allows 1.25 goals per game and have only recorded one shutout this season.

Leading the charge is last year’s Southern Conference Player of the Year, senior forward Will Bagrou. He ranks 24th nationally and first in the SoCon with eight goals on the season. Bagrou also has three game-winning scores, ranking him 12th in the NCAA.

The Bears have five other players with at least four points on the season – all five of which are either juniors or seniors. Seniors Airrion Blackstock, Trenton Whitley and Conner Antley typically anchor the backline for Mercer, as each have over 1,000 minutes thus far.

The goalkeeper for Mercer is senior Jeremy Booth, who has allowed just 15 goals in 12 starts. Booth has 38 saves on the year – which is just one less than ETSU’s Sutherland – and owns a .717 save percentage.

Mercer holds the all-time advantage over ETSU with a 7-4-3 record over 14 contests. Mercer is the only school ETSU has faced in every season since 2008. The 14 games mark the most any school has squared off with ETSU in program history.

Last season, the Bucs earned two regular season wins by scores of 3-2 at home and 2-0 in Macon, marking the first time ETSU has knocked off Mercer twice in a season.

Also, the two schools faced off in the 2016 conference championship game, which ended in a 4-1 penalty kick advantage for Mercer. Both schools received bids for the NCAA tournament, with Mercer picking up an automatic bid and ETSU claiming an at-large bid.

ETSU’s other two wins in the series came in 2010 and 2013, respectively. The two ETSU wins last season snapped a four-game losing streak to the Bears that dated back to 2014 and 2015.

As mentioned above, Sutherland is in line to become one of the greatest keepers in ETSU history. The netminder came into the season with the career record for highest save percentage at .766. Now, with 39 saves this season, Sutherland ranks second on the career saves list at 179, trailing Ryan Coulter who has 182.

Sutherland also needs six shutouts and six wins to tie the program career records held by Coulter in each category.

Senior defender Chase Clack (Memphis, Tenn.) is approaching another milestone in minutes played. The Iron Horse has 4,876 consecutive minutes of nonstop action on the pitch, dating back to the 2015 season opener. Clack can hit 5,000 straight minutes this coming Saturday at UNCG, needing only 124 to hit the mark.