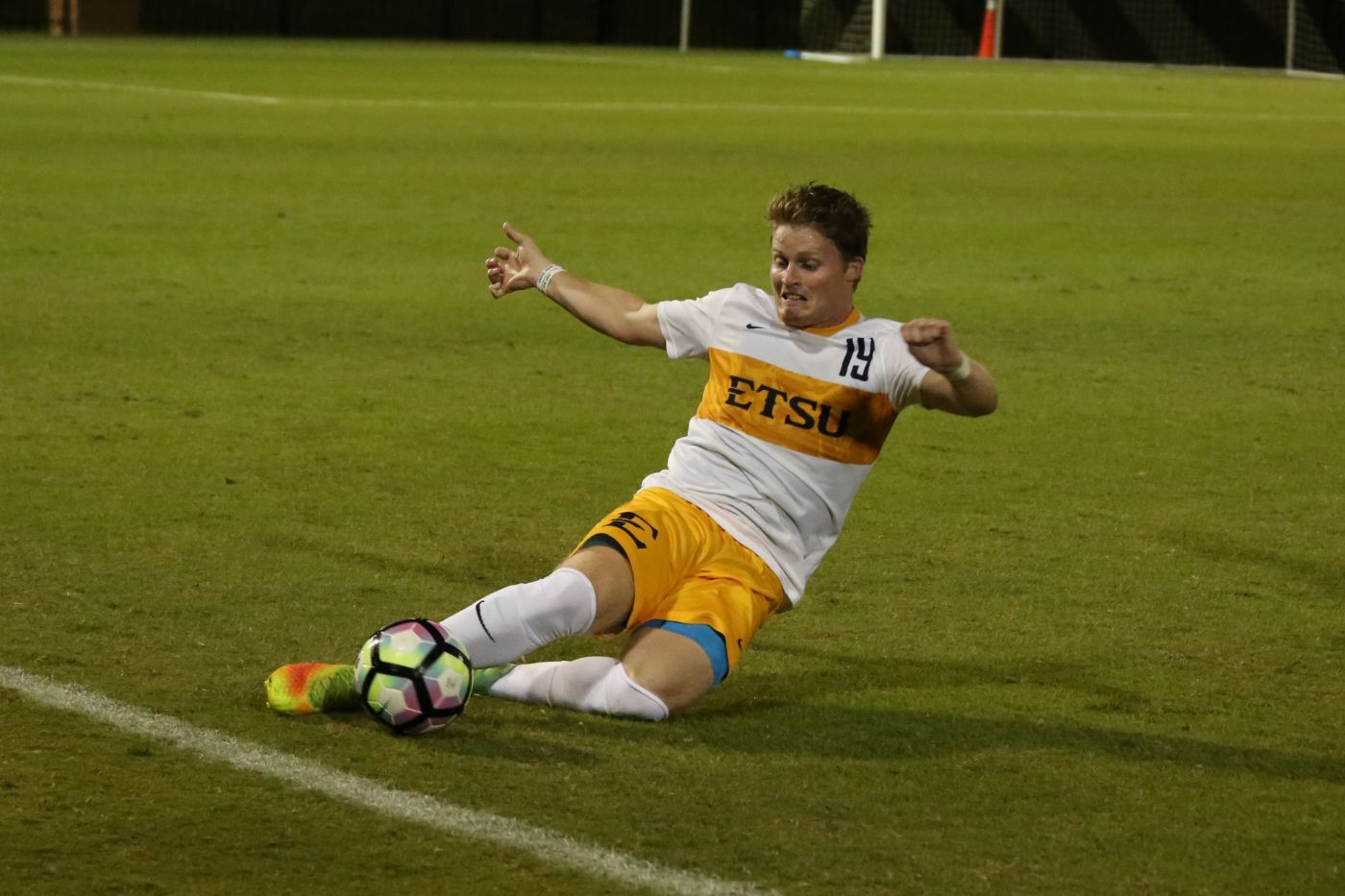 GREENSBORO, N.C. (Oct. 14, 2017) – After falling behind 1-0 in the second half, the ETSU offense surged ahead late to take a 2-1 victory at UNCG Saturday night, commandeering the top spot in the conference standings in the process.

Tied up 1-1 with less than 10 minutes to go, junior forward Luke Parker (Memphis, Tenn.) received a pass on the left side of the box from senior defender Ben Holt (Knoxville, Tenn.) for the game-winning goal. Parker hit the volley off his right foot to put the Bucs ahead for good.

As many expected, the first half was a defensive struggle. Both teams combined for three total shots and attempted two corners each.

ETSU’s best look in the first half came when senior midfielder Jeffrey George (Safety Harbor, Fla.) attempted a shot on goal from 12 yards out off a pass from Barlow. The shot would be saved by UNCG’s Jon Milligan.

Early in the second half, UNCG struck first with a header off a corner to take the 1-0 lead. But like most deficits ETSU has endured this season, it did not last long.

Six minutes later, the Bucs would nail the equalizer as freshman forward Danny Barlow (Newcastle, England) picked up a rebound and rolled one through. Barlow’s third goal of the season tied the game, 1-1, in the 63rd minute.

In the 80th minute, UNCG rolled one past ETSU junior goalkeeper Jonny Sutherland, but would be called for offside. ETSU would then strike with the go-ahead goal two minutes later.

Clack has not missed a minute of any game since the 2015 season opener, becoming the only position player in ETSU history to hit 5,000. Clack now only trails former goalkeeper Ryan Coulter, who has 5,855 consecutive (and total) minutes in goal from 2011 to 2013.

The Bucs, who remain undefeated in conference play, return to Summers Taylor Tuesday, Oct. 17 for their second-to-last home game of the season. The team welcomes VMI to Johnson City with a 7 p.m. kickoff.