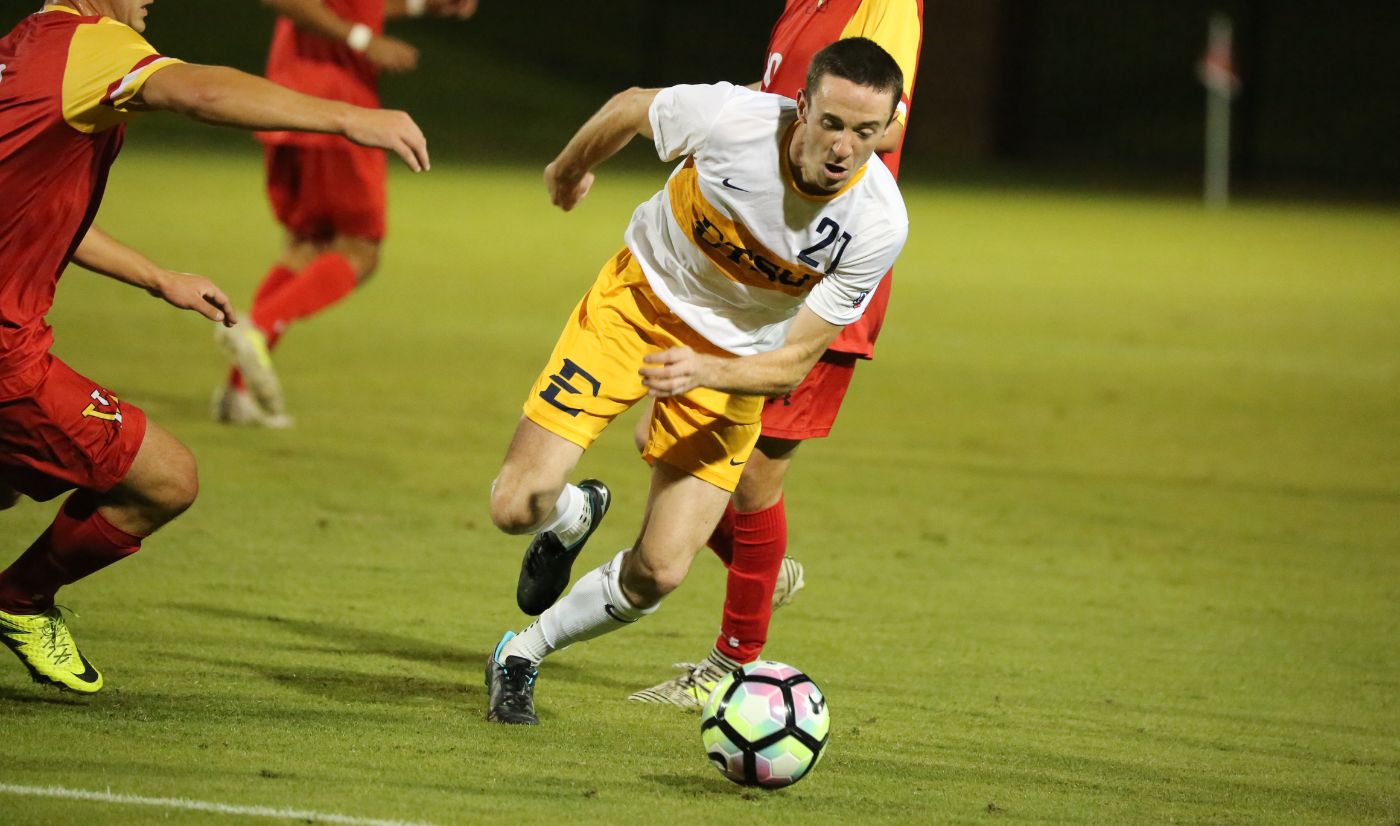 JOHNSON CITY, Tenn. (Oct. 17, 2017) – ETSU’s offense attempted a season-high 31 total shots, including 23 in the first half, to earn a 4-0 victory over VMI Tuesday evening at Summers Taylor Stadium.

In the 36th minute, senior captain Jeffrey George (Safety Harbor, Fla.) opened the scoring with a goal five yards out off an assist from fellow senior Chase Clack (Memphis, Tenn.) to put the Bucs ahead early, 1-0.

Two minutes later, senior forward Fletcher Ekern (Knoxville, Tenn.) received a pop-up off a missed 50-50 ball and drilled one from just inside the box with the goalie out of position. The Bucs took the 2-0 lead into the half.

After watching two seniors score first half goals, freshman Danny Barlow (Newcastle, England) decided it was his time to score. In the 55th minute, Barlow took a pass from Luke Parker (Memphis, Tenn.) 15 yards out and fired it to the left side, putting the Bucs ahead 3-0.

A freshman-to-senior connection capped the scoring, as forward Richmond Taylor (Hendersonville, Tenn.) nailed a shot in the 87th minute off an assist from freshman Josh Denton (Knoxville, Tenn.).

Parker and Ekern combined for 12 of ETSU’s 31 shots on the night. The defense limited VMI to five shots and one corner, with four shots and the corner coming in the second half.

Junior goalkeeper Jonny Sutherland (Chester, U.K.) tallied three saves on the night, earning his seventh shutout of the season in the process.

With three regular season games remaining, the Bucs will look to secure a top conference tournament seed, beginning Oct. 21 with a match against Furman. Kickoff from Greenville, S.C. is set for 7 p.m.

Saturday road matchups have been favorable for ETSU, as the Bucs hold a 4-0 record in Saturday games. All four contests took place on enemy territory, including last Saturday’s 2-1 victory at UNCG.