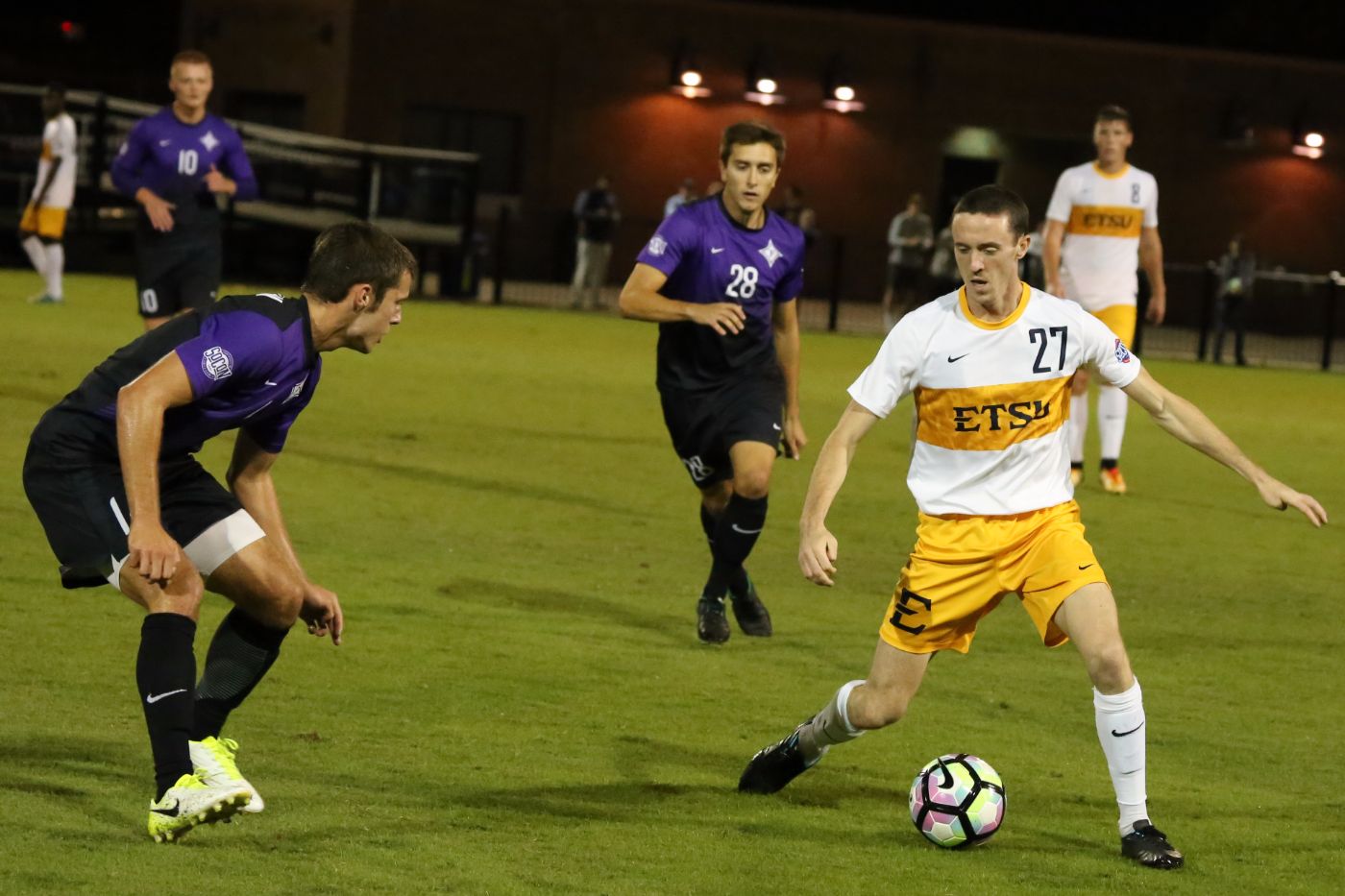 GREENVILLE, S.C. (Oct. 21, 2017) – In a back-and-forth battle, the ETSU Bucs took an early lead but eventually would settle for a 1-1 draw against Furman at Stone Soccer Stadium Saturday night.

The Bucs scored their quickest goal of the season to open the game, as junior Luke Parker (Memphis, Tenn.) rolled one through in the third minute of play. Parker shot from 20 yards out to the right corner after picking up a loose ball near the left sideline.

With his goal, Parker has now made the score sheet in three straight contests, scoring his first goal of the season Oct. 14 against UNCG and later picking up an assist against VMI Oct. 17.

ETSU’s stifling defense limited Furman to one shot in the first 35 minutes, but the Paladins later exploded for five shots to end the half. Despite the flurry, ETSU held strong and kept the 1-0 lead.

Furman answered in the second half with a goal in the 51st minute. Furman’s Dalton Souder received a rebound after a blocked shot from a corner and kicked it through for the equalizer.

Both teams traded shots throughout regulation – with ETSU outshooting Furman 13-12 – but neither team could score before the first 90:00 and would head to overtime.

In the 73rd minute, senior Jeffrey George (Safety Harbor, Fla.) drew his second yellow card and left the game, putting the Bucs down to 10 men for the first time this season. Despite being short-handed, the Blue and Gold would keep Furman out of the net to earn the draw.

The Bucs now enter the final week of the regular season with two games remaining. The team will first travel over five hours to face Mercer Tuesday, Oct. 24 before returning home Oct. 28 for senior night against Wofford. Kickoff for both games is set for 7 p.m.