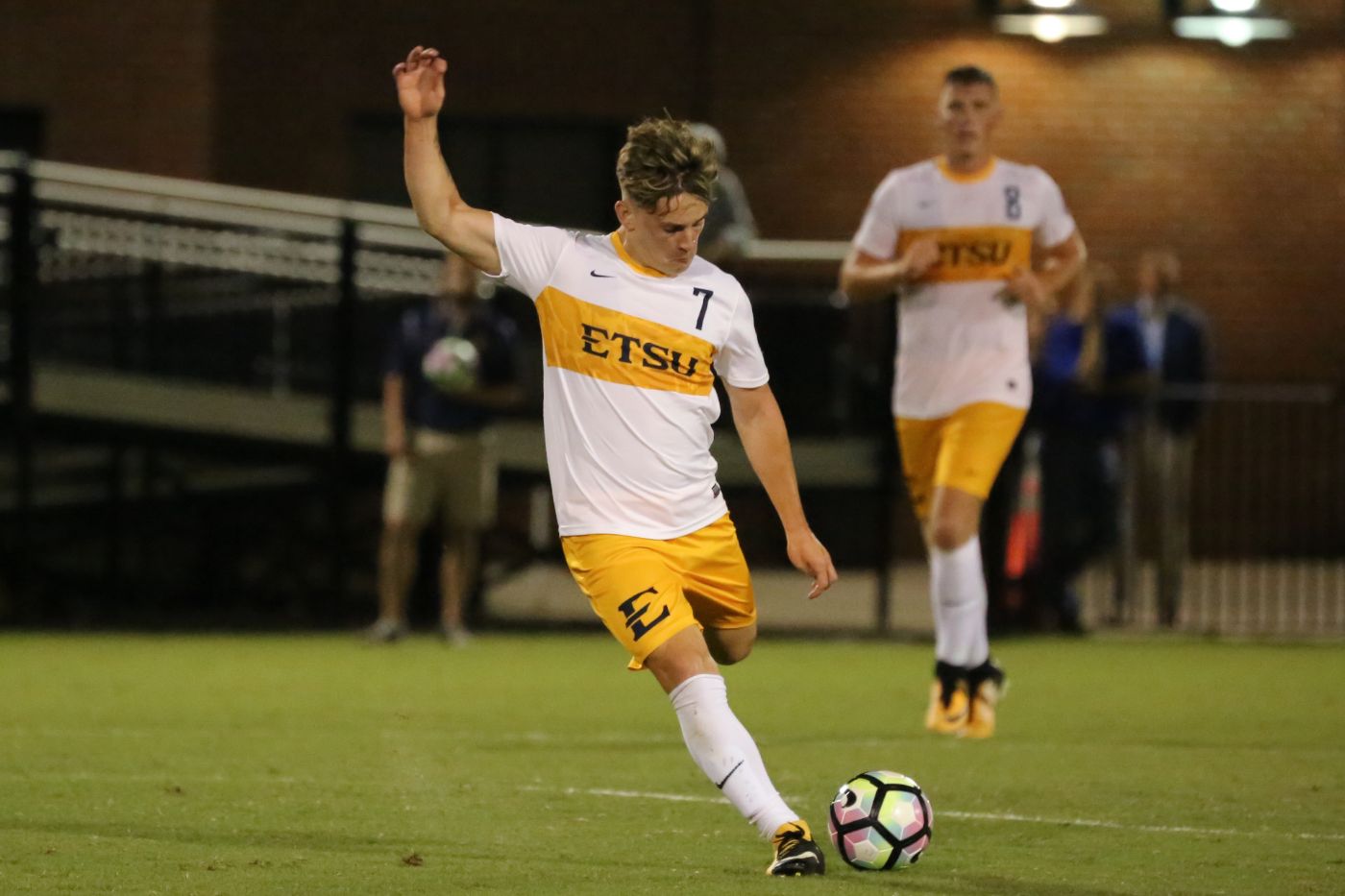 MACON, Ga. (Oct. 24, 2017) – A late score made all the difference for ETSU Tuesday night, as the Bucs secured a road overtime victory over Mercer at Bear Field Tuesday night in dramatic fashion.

In the 99th minute of play, freshman Danny Barlow (Newcastle, England) was the intended target pass from senior forward Fletcher Ekern (Knoxville, Tenn.) on the right side. Barlow, who was pressuring Mercer from point blank range, forced a Mercer defender into a deflection to the left of a diving keeper. The result was an own goal, giving the Bucs a 1-0 victory.

With the win, ETSU has secured a bye heading into the conference tournament regardless of Saturday’s upcoming result. The Bucs, along with UNCG, can finish no lower than second in the Southern Conference regular season standings, as each hold 19 points.

Junior goalkeeper Jonny Sutherland (Chester, U.K.) recorded his eighth win and eighth shutout of the season, corralling in three saves on the day. The defense was equally strong, blocking and smothering a number of Mercer attacks throughout the contest.

In the first half, the Bucs were outshot 10-5 but turned in a better efficiency rating with two shots on goal. Despite allowing 10 shots, the ETSU defense limited the Mercer attack as all but two shots were either blocked by the defense or saved by Sutherland.

The Bucs opened up an aggressive second half attack, taking six shots in the first 15 minutes of the latter half, compared to five in the opening 45:00. The Bucs finished with 16 shots.

The Bucs will close regular season play Saturday night at 7 p.m. inside Summers-Taylor Stadium against Wofford. The game will serve as ETSU’s senior night, where ETSU’s six graduating seniors will be honored prior to the game.