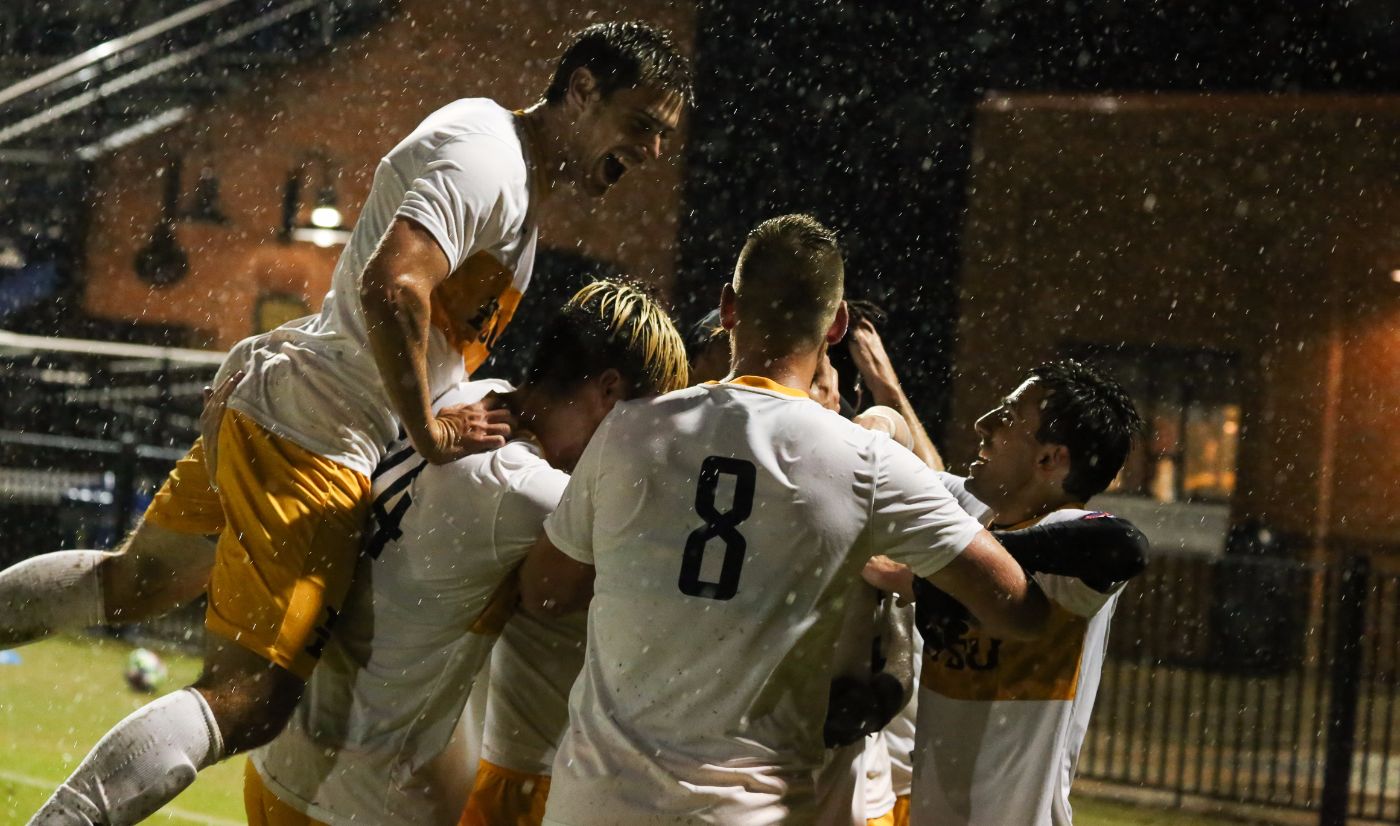 Due to unplayable field conditions because of steady rain, the officials called the game in the 71st minute. After the announcement, the Bucs’ entire roster slid in celebration and formed a dog pile to celebrate to cap off senior night with a bang.

With the win, the Bucs add their second regular season Southern Conference championship to their trophy case – each coming in 2016 and 2017. Furthermore, this year marks the first regular season that ETSU has finished undefeated in conference play, ending with a 6-0-4 record.

The Bucs struck quickly to open the game, as freshman Danny Barlow (Newcastle, England) scored his fifth goal of the season off a pass from Fletcher Ekern (Knoxville, Tenn.) on the left side for the 1-0 lead.

Less than 10 minutes later, senior Jeffrey George (Safety Harbor, Florida) scored his second goal of the year off an assist for Barlow.

In the 38th minute, another senior found the net as Richmond Taylor (Hendersonville, Tenn.) buried a header off a left-side cross from fellow senior Ben Holt (Knoxville, Tenn.) to give the Bucs a 3-0 lead.

With 16 seconds remaining in the half, freshman Austin Bihlmeyer (Knoxville, Tenn.) scored his first career goal with a 21-yard laser to the left corner, giving the Bucs a 4-0 cushion at the half.

In the second half, Wofford scored its only goal of the match with a penalty kick from Johnson City native Lucas Altman, capping the scoring at 4-1.

The Bucs outshot the Terriers 15-8 in the match, but ETSU tallied 14 shots in the first half while limiting Wofford to two.

ETSU will now have nearly two weeks to prepare for its next game, as the team has a first round bye in the Southern Conference tournament.

The semifinal round is scheduled for Nov. 10 in Greenville, S.C. at the campus of Furman University. Time and opponent are to be determined.