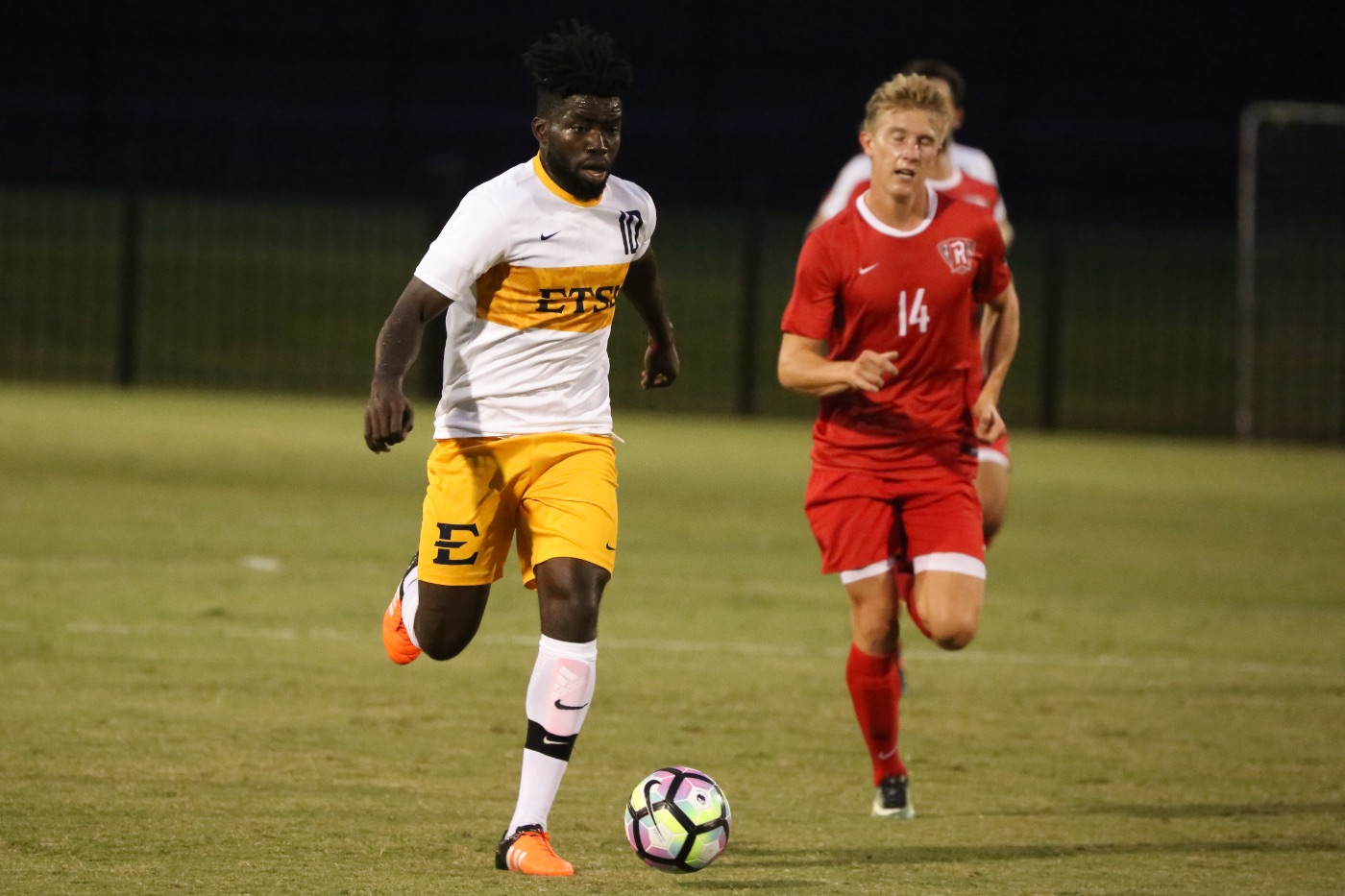 After nearly 45 minutes of scoreless soccer, Radford took momentum into the locker room with a last-second goal by Pape Oumar Gueye. From the top of the 18 with eight seconds left, Oumar Gueye booted a free kick in the net for the opening score.

ETSU would stay persistent in the second half, tying the game off a laser shot by senior Serge Gomis (Dakar, Senegal). From about 40 yards out, Gomis made a heads-up play from his midfield post, rocketing one through while the Radford keeper was off his line.

With tonight’s result, ETSU’s last three contests with Radford have ended in 1-1 draws. In regular season play, both sides tied at Radford in 2015 and in Johnson City last season.

Both of ETSU’s opening weekend opponents were part of the 2017 NCAA Division 1 Men’s Soccer Championship, with North Carolina making it to the final four and Wake Forest ending in the quarterfinals with the top-eight.