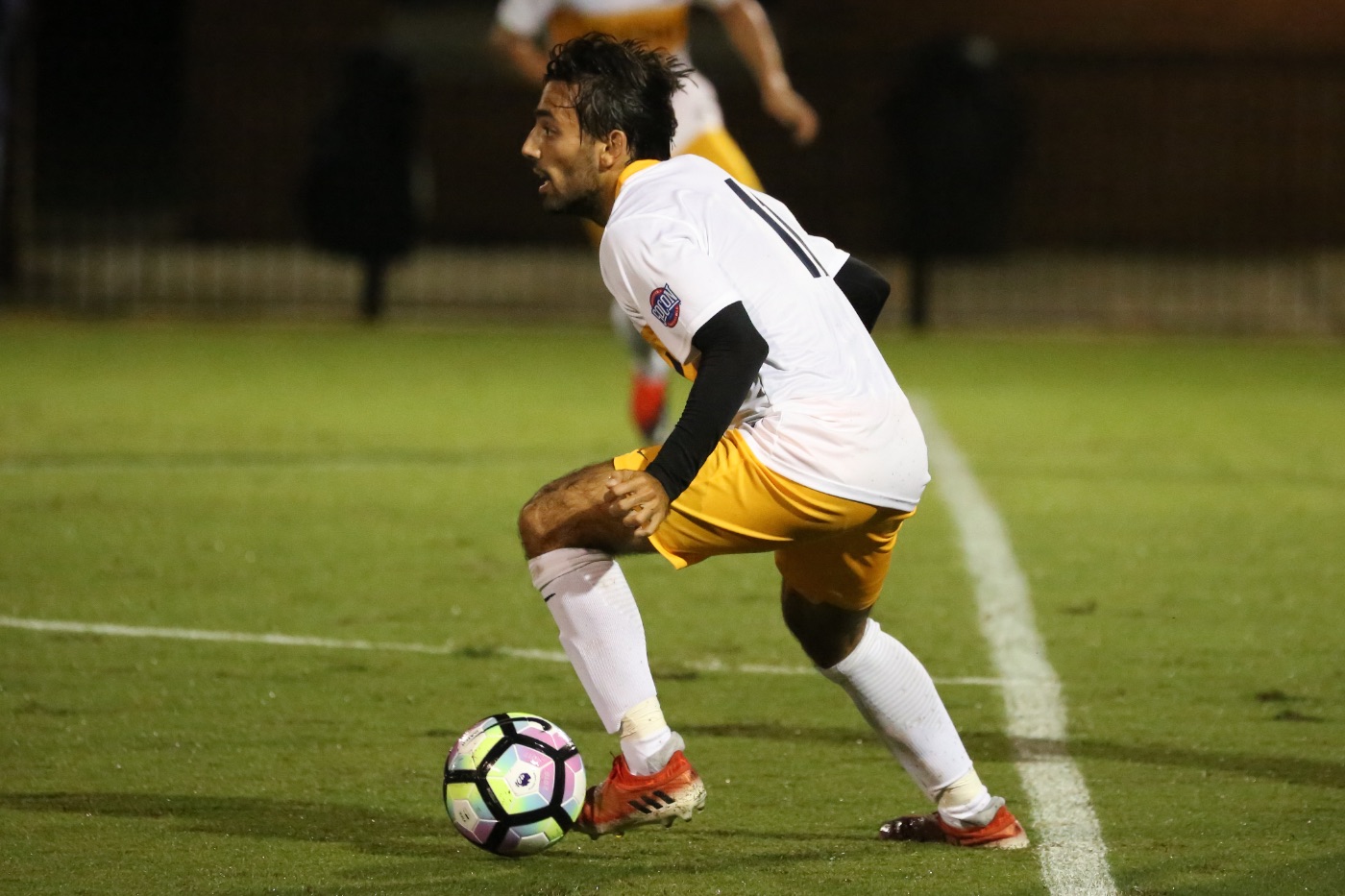 Men’s soccer hangs with North Carolina, but falls in season-opener

A back-and-forth contest seemed to be going ETSU’s way in the late going, but UNC broke through in the 79th minute to earn the win.

“I’m really proud of the performance tonight,” said ETSU head coach David Casper of his team in his head-coaching debut. “It stings to perform that well and not get the result, but we proved that we can compete with the best in the country. On a different day, the ball maybe bounces the other way.

“Hats off to North Carolina. They deserve credit for the way they played and how they grinded out the win. They are one of the nation’s best teams and should have a great season. I’m proud of our effort, and I’m excited to see if we can continue this effort throughout the season.”

Attempting a header to the back post from the left side, UNC’s Jelani Peters snuck one off the outstretched hands of redshirt freshman goalkeeper Josh Perryman (Sheffield, England). The deflected ball sneaked into the net, hitting off the right post and in the net at an angle.

A defense-oriented first half produced six combined shots. Making his first collegiate start between the pipes, Perryman recorded back-to-back difficult saves to keep the score level. Despite the goal, he finished with two saves in an otherwise strong debut in goal.

ETSU nearly broke the scoreless tie early in the second half. Another ETSU player making his collegiate debut after his redshirt season, Hellmann headed a set piece from Andrade near the goal, requiring a diving stop from UNC to maintain the draw.

Another key play in the 60th came courtesy of junior transfer Glenn Holmes (Athy, Kildare, Ireland), who came out of nowhere after UNC deked past the ETSU defense to an open net. Holmes cleared away what appeared to be an empty-netter, keeping the score level for the time being.

With Saturday off, the Bucs continue this weekend’s road swing Sunday, Aug. 26 at No. 5 Wake Forest. Kickoff from Winston-Salem, N.C. is set for 7 p.m.