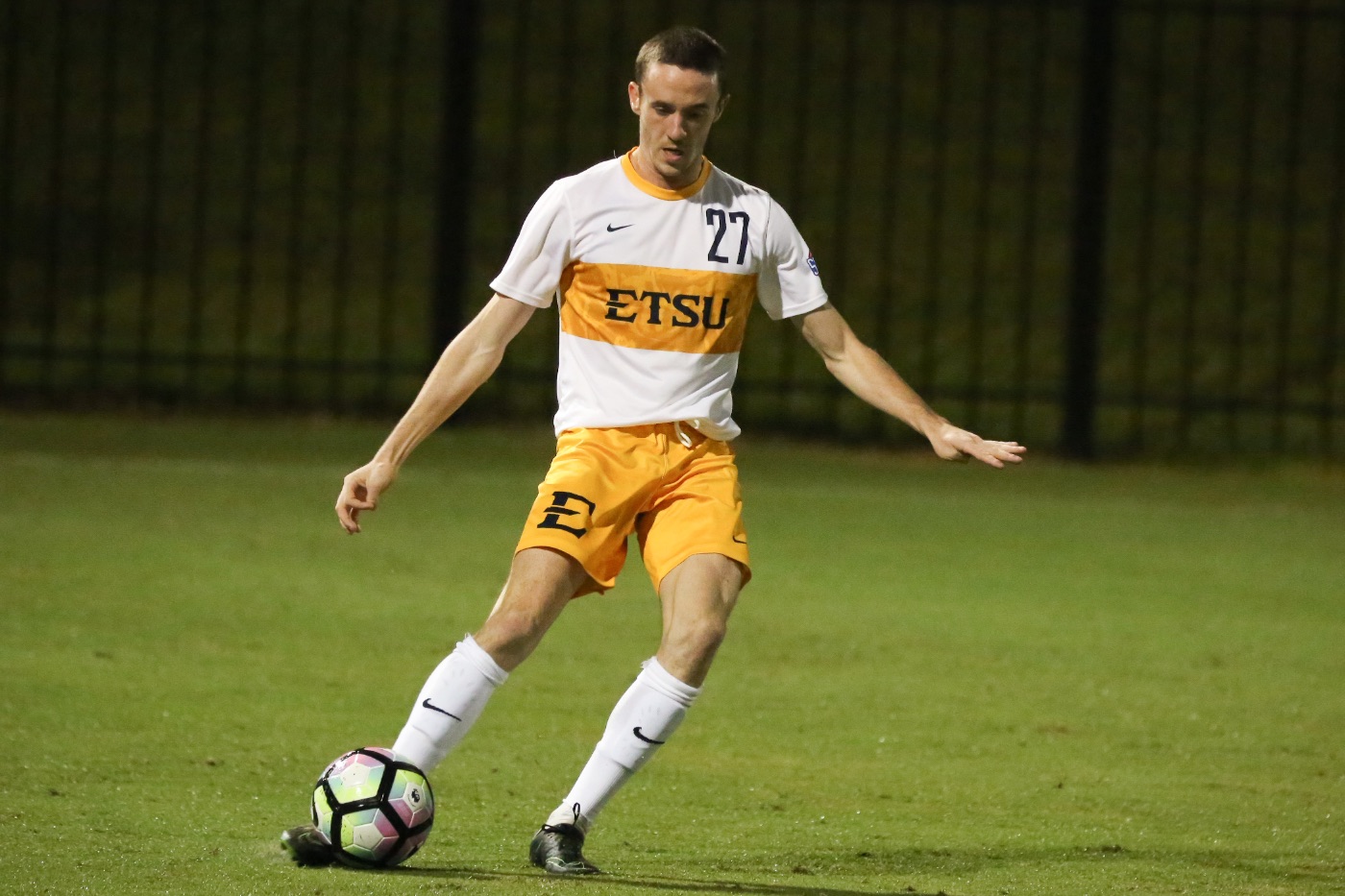 With the loss, ETSU ends presumably the toughest segment of its schedule with two top-five opponents in the books — including the close 1-0 season-opening defeat at No. 3 North Carolina.

Trailing 3-0 in the 80th minute, the Bucs showed late life when redshirt junior Luke Parker (Memphis, Tenn.) scored ETSU’s first goal of the season. His shot came from the right side off a pass from Austin Bihlmeyer (Knoxville, Tenn.) for the assist.

Despite a fourth goal by Wake Forest, ETSU did not give up.

On a corner kick from junior Bruno Andrade (Sao Paulo, Brazil) in the 89th minute, Parker and sophomore Cameron Williams (Nashville, Tenn.) worked together to set up a sliding score by sophomore Danny Barlow (Newcastle, England). Barlow punched one in on a sliding kick near the goal line.

The Demon Deacons took an early lead after a set-up pass by Logan Gdula led Justin McMaster past the ETSU defense and ahead for a one-on-one score.

Despite a solid effort by ETSU goalkeeper Josh Perryman (Sheffield, England) to record two saves — one of which came in a one-on-one situation — Wake Forest extended the lead in the 27th minute with a second goal.

ETSU found its best look one minute prior to the second goal. Off a pass from sophomore Danny Barlow (Newcastle, England), senior Serge Gomis (Dakar, Senegal) fired from 30 yards out, missing just under a foot too high of the middle part of the net.

In the second half, Wake Forest drew a foul and an ETSU yellow card to set up a penalty kick by Bruno Lapa. Lapa’s kick hooked left and in for Wake’s third score of the match. Immediately following ETSU’s first goal, Wake capped its scoring with McMaster’s second goal.

ETSU had a couple of solid opportunities from the feet of Gomis and senior Cameron Woodfin (Old Hickory, Tenn.) in the final 45 minutes, but neither could find the target.

The Bucs now have five days to recover before their home opener in Summers-Taylor Stadium. ETSU will welcome High Point to Johnson City Friday, Aug. 31 at 7 p.m. to kick off a four-game home stand with Liberty, Appalachian State and Dayton.