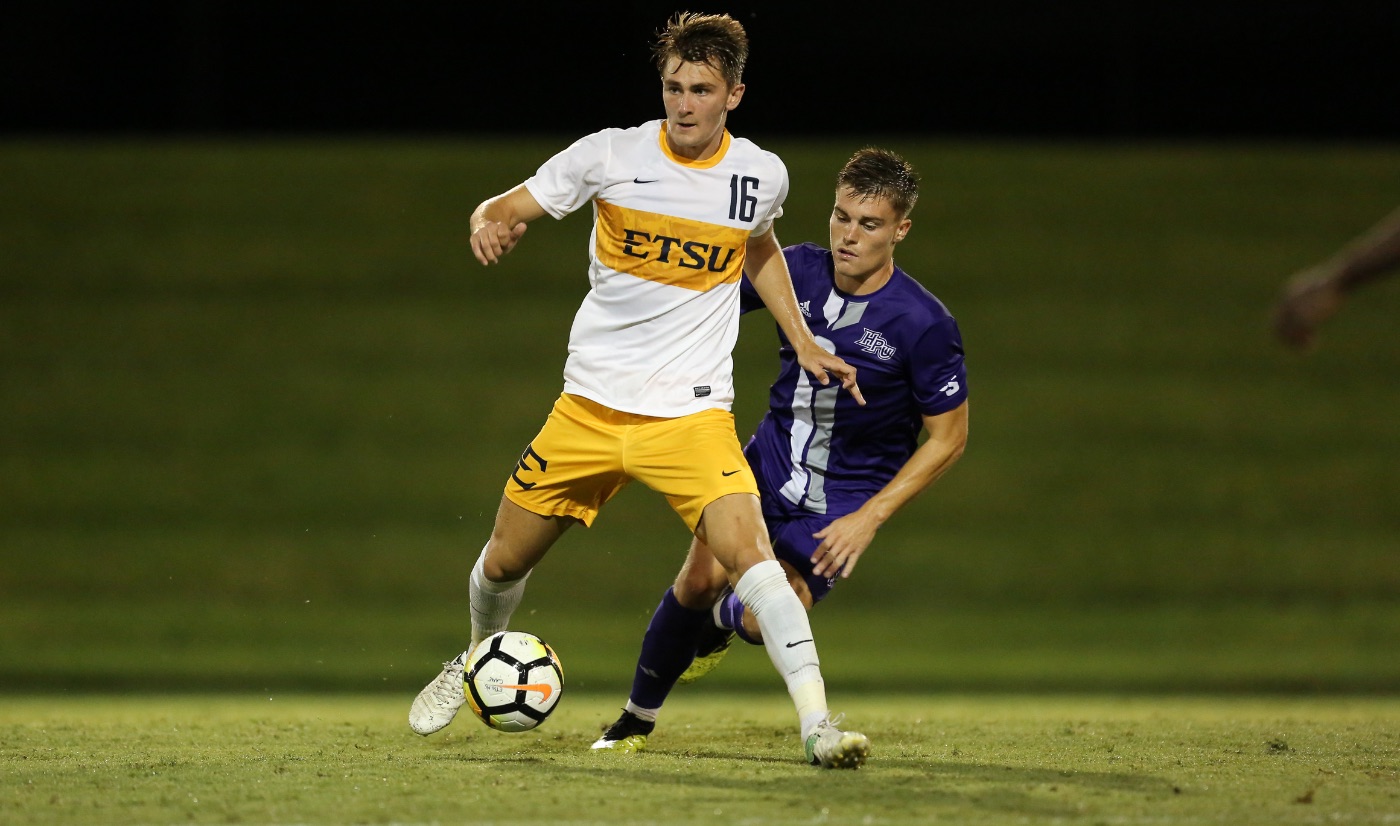 The home opener for ETSU saw a scoreless first half, a second half loaded with offense with two goals on each side, capped off by a golden goal in the 102nd minute.

The game-winning goal for High Point saw a heads-up play by Jonathan Bolanos inside the ETSU box, taking advantage of a defensive miscommunication to intercept a goalie toss-in for the winning score.

Despite the loss, ETSU outshot High Point 18-10 and had six corner kicks on the evening.

“I’m really proud of our guys and their effort,” said ETSU coach David Casper, who made his home debut as the new Buccaneer head coach. “We have to build on the positives from tonight and clean up the mistakes.

“Credit to High Point for a good game. They are a good team that will win some games this year. For us, it’s now time to figure out how to get this monkey off our back and move forward.”

After a scoreless first half, the Panthers took the lead in the 52nd minute off a goal by Tony Pineda. ETSU answered 12 minutes later with an equalizer, as Bruno Andrade (Sao Paulo, Brazil) took a pass from Austin Bihlmeyer (Knoxville, Tenn.) and centered a shot from outside the box and into the net.

After Andrade’s first goal of the season, High Point regained the lead in the 67th minute and would hold the advantage heading into the final 10 minutes.

The Father Ryan High School product kicked in his first career goal off a pass from Javier Alberto (Johnson City, Tenn.) and tied the game in the 82nd minute. His kick came from about 25 yards out, sailing in past a diving keeper.

The sides headed to overtime tied up 2-2, with the only second half shot coming off the foot of Serge Gomis (Dakar, Senegal). Gomis, who entered late in the game after missing his first start of the year, beamed one at goalkeeper Keegan Meyer, who corralled it in for the save.

The golden goal for High Point came in the 102nd minute.

Up next for ETSU is the second game of a four-game home stand where it will host Liberty on Tuesday, Sept. 4. Kickoff is scheduled for 4 p.m. as ETSU volleyball follows up the same night hosting the Tennessee Volunteers at 7 p.m.