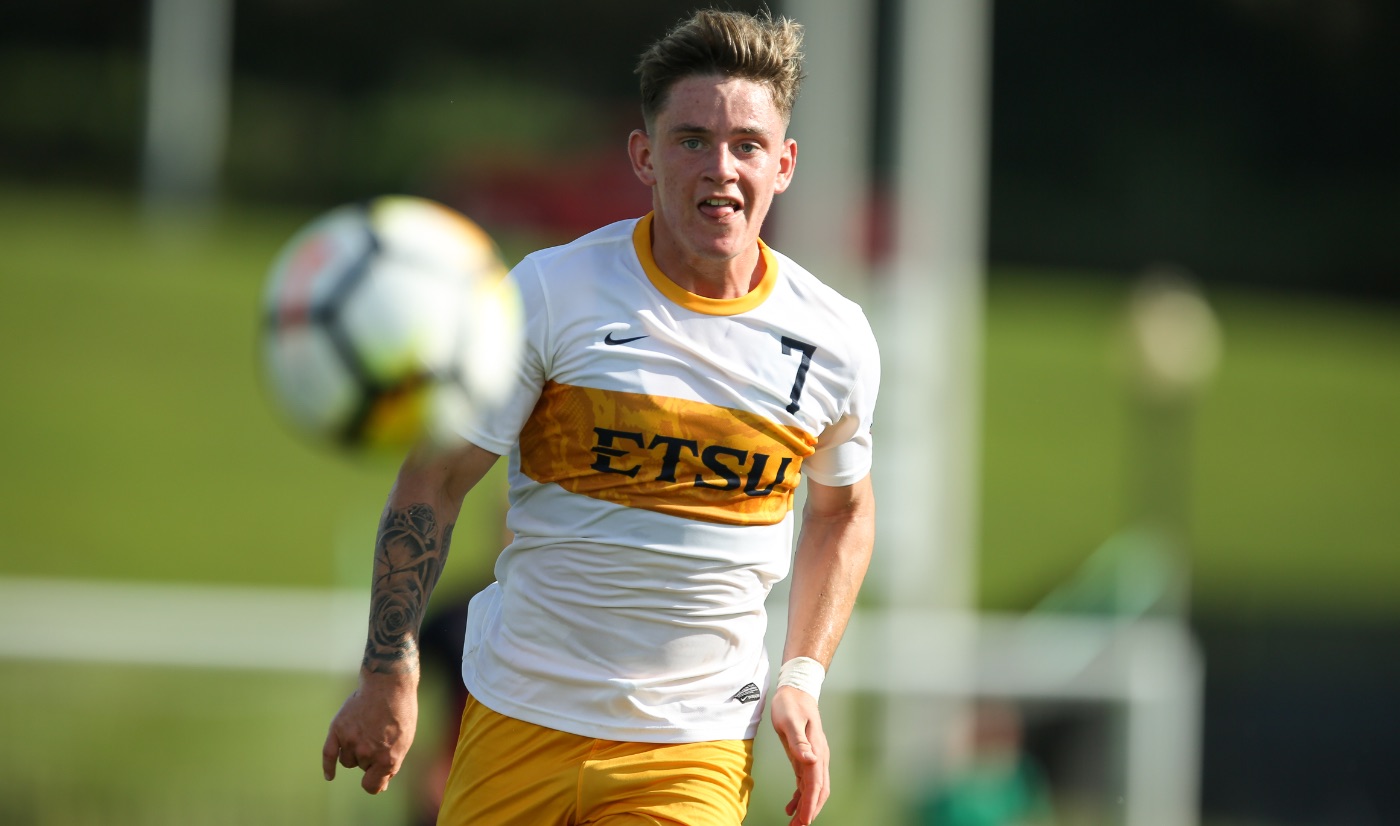 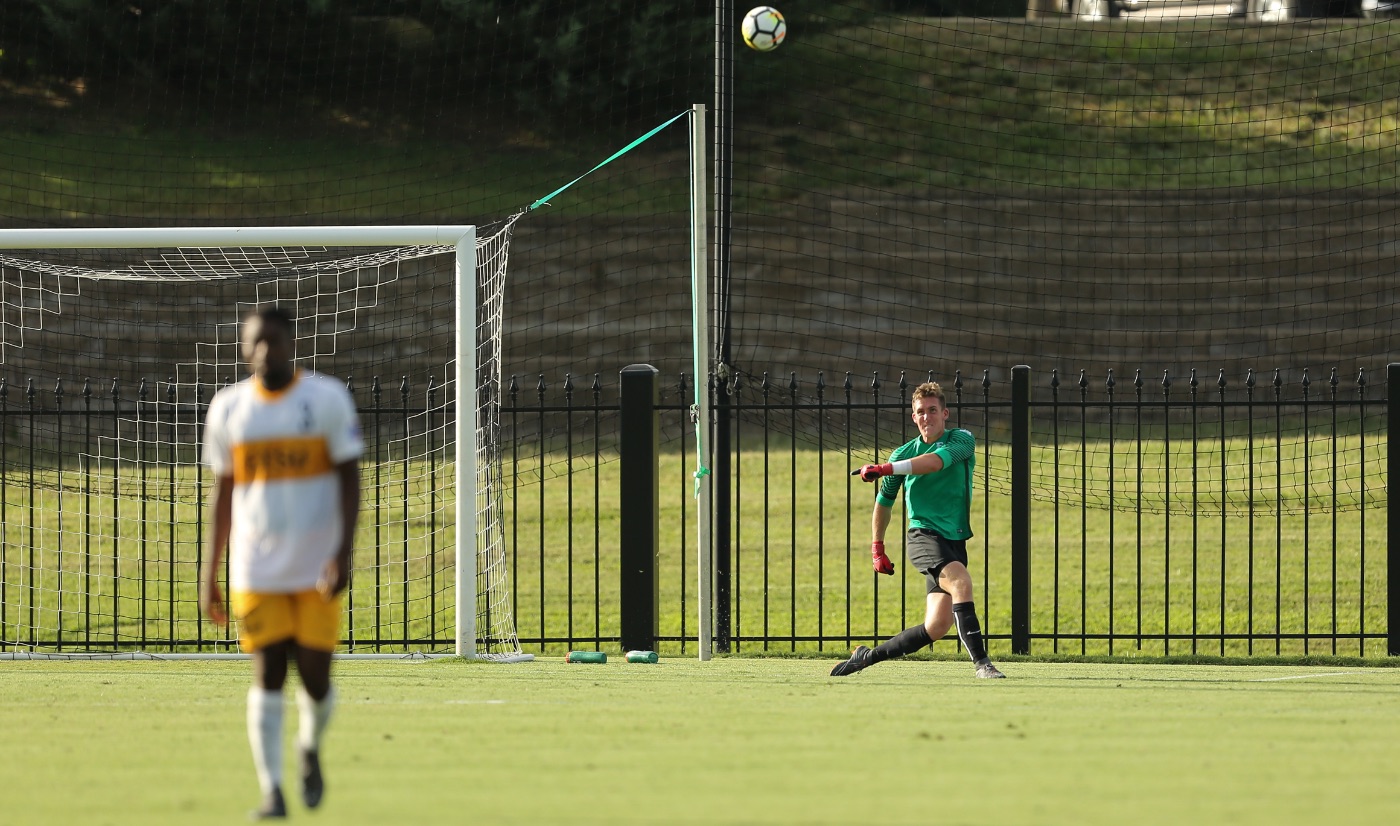 JOHNSON CITY, Tenn. (Sept. 4, 2018) – The fourth time was the charm for the ETSU men’s soccer team, as after three competitive losses ETSU jumped into the win column with a 1-0 golden goal victory over Liberty Tuesday evening.

After 90 minutes of scoreless soccer, the Bucs broke through in the 99th minute to earn the golden goal. Sophomore Danny Barlow (Newcastle, England) headed in the winning score off assists from Cameron Woodfin (Old Hickory, Tenn.) and Bruno Andrade (Sao Paulo, Brazil).

The win marks not only the first of the season for ETSU, but also the first career win as a head coach for first year leader David Casper.

“First of all, it feels really good to get the monkey off our back,” Casper said of his first win. “We’ve been doing a lot of good things and the results just haven’t come yet. The guys have been working hard and believing in each other. It feels good to get a win, and we’re ready to move forward now.”

The Bucs clicked offensively with 19 total shots on the evening. The ETSU defense limited Liberty to six shots and three shots on goal.

The contest, originally scheduled for 4 p.m., was delayed right as both teams took the field before the opening whistle. Due to lightning detected in the area, the contest began at 4:43 p.m.