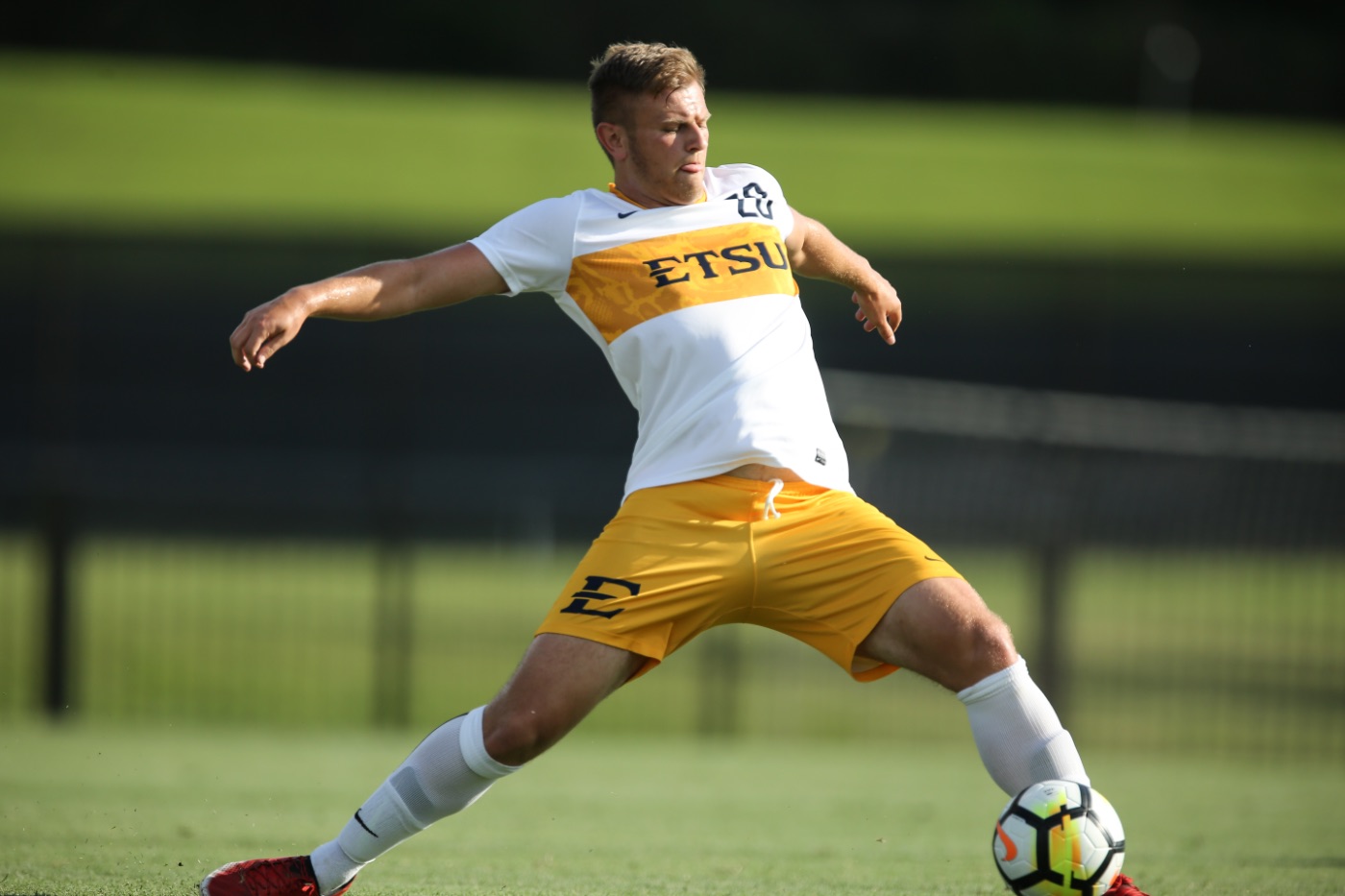 The Bucs are in the midst of a four-game home stand at Summers-Taylor Stadium. The Bucs split the first half of the home stand with an overtime loss to High Point and an overtime win against Liberty.

Kickoff from Summers-Taylor Stadium is scheduled for 7 p.m.

ETSU picked up its first win under first-year head coach David Casper this past Tuesday with a 1-0 overtime win over Liberty at home.

After 90 minutes of scoreless soccer, the Bucs broke through in the 99th minute to earn the golden goal. Sophomore Danny Barlow (Newcastle, England) headed in the winning score off assists from Cameron Woodfin (Old Hickory, Tenn.) and Bruno Andrade (Sao Paulo, Brazil).

The Bucs clicked offensively with 19 total shots on the evening. The ETSU defense limited Liberty to six shots and three shots on goal.

So far, ETSU holds a 1-3 record through a tough four-game stretch. Three of the Bucs’ four opponents so far finished with a top-100 RPI, including its two season-opening ACC opponents in No. 3 North Carolina and then-No. 5 Wake Forest — who is now No. 1 in the country.

The team continues to be captained by preseason All-SoCon selection Cameron Woodfin (Old Hickory, Tenn.). Woodfin, who has one assist so far, led the entire nation in 2016 with 12 assists to become a statistical champion. Woodfin redshirted last season due to injury.

The red-hot Mountaineers are off to a perfect 4-0 start for the first time since 2008, knocking off Jacksonville and North Florida on the road before besting SoCon foes VMI and Belmont in Boone, N.C. this past week.

The 4-0 start is a strong improvement from last year’s 5-8-6 finish, as the Mountaineers look to match last year’s win total on Saturday against the Bucs.

As a unit, the Mountaineers are 17th nationally in scoring offense, sixth in corner kicks and seventh in shots on goal. Freshman Camden Holbrook leads Appalachian State offensively with four goals and nine points so far.

Senior goalkeeper Jake Chasteen continues to anchor the net for App State with an undefeated 4-0 record and two shutouts. He has seven saves in 10 tries for a .700 save percentage and has allowed three goals in 370:00 minutes for a 0.73 goals against average.

The Mountaineers hold the all-time edge at 5-3, although ETSU has won the last two contests.

Last season, ETSU went on the road and defeated Appalachian State 1-0 in extra time. Danny Barlow scored his first career goal in the 94th minute off an assist from Austin Bihlmeyer (Knoxville, Tenn.) for his first career point.

In that last matchup, ETSU’s defense put on a remarkable performance — allowing only five total shots without a single shot on goal. ETSU had 15 shots, 11 of which came in the second half.

ETSU also won the last matchup in Johnson City, taking down the Mountaineers 1-0 with the winning goal scored by Cameron Woodfin in the 51st minute. At the time, it was ETSU’s first win over App State since 2010.