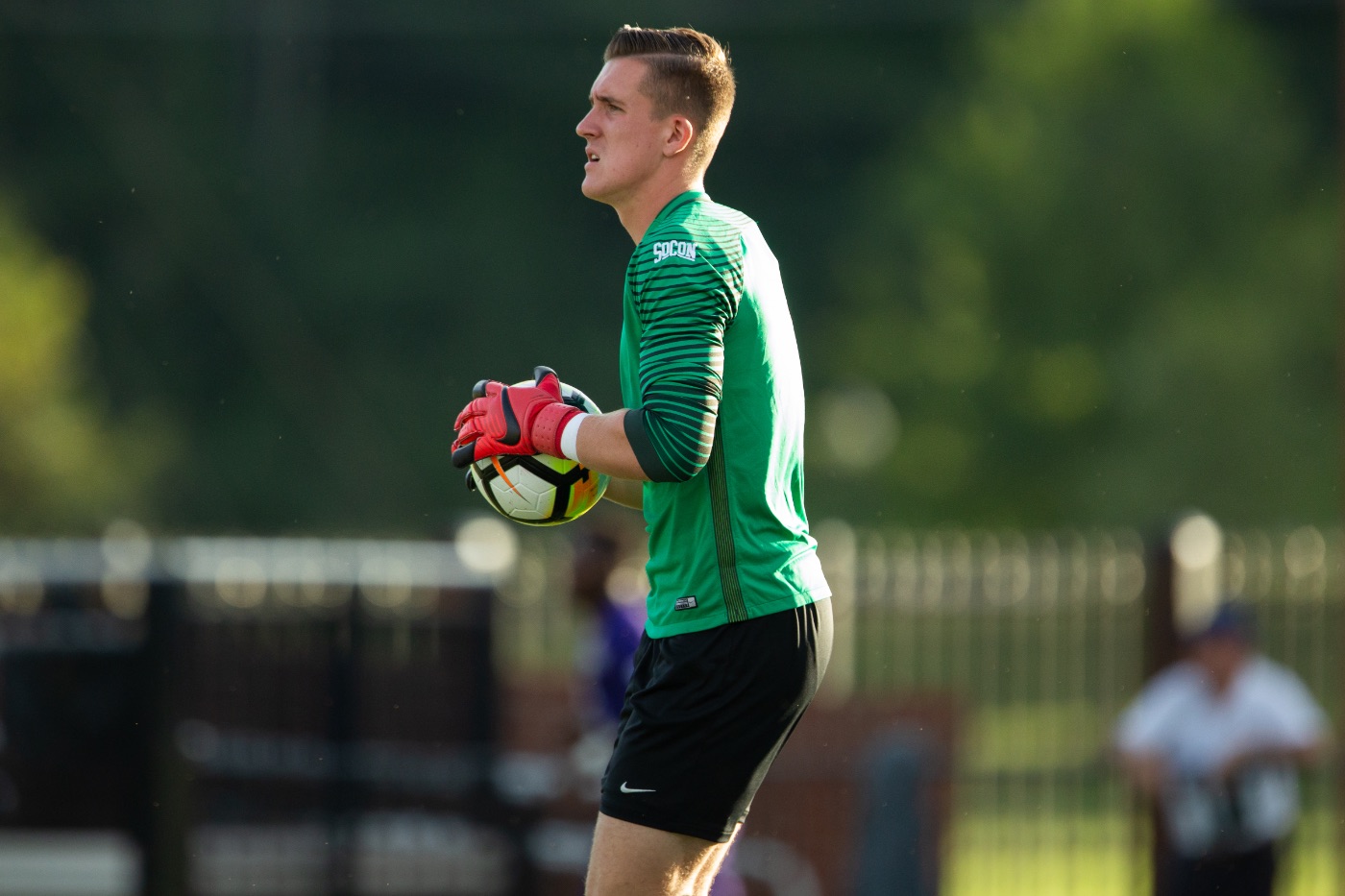 The Mountaineers were 4-0 coming into tonight’s match, including two wins over back-to-back SoCon opponents VMI and Belmont. ETSU (2-3) not only handed App State its first loss, but also earned its second win in a row via a shutout.

With the win, ETSU has now defeated the Mountaineers three seasons in a row by way of 1-0 victories. Furthermore, the last seven contests (since 2010) between the two side have ended in a one-goal margin of victory.

“App State was a good team — 4-0 coming in and had full confidence,” said ETSU coach David Casper. “I thought we did a great job to defend today, especially when they put us under pressure in the second half.”

The Bucs broke through with the game’s lone score with 5:00 remaining in the first half. After a shot by Luke Parker (Memphis, Tenn.) ricocheted off the goalkeeper, sophomore Danny Barlow (Newcastle, England) picked up the pieces and buried his third goal of the season.

The 1-0 lead would not be easy for ETSU to hold on to in the ensuing 49 minutes as Appalachian State attempted eight corner kicks while trailing and 10 for the game.

“(Josh Perryman) came up with a big save, the back four was solid and the midfield was good,” Casper said. “It was a team effort today and it feels good because it feels like everybody contributed today.”

The Blue and Gold continues wearing white on Tuesday as it closes a four-game home stand against Dayton on Sept. 11. Kickoff is set for 7 p.m. at Summers-Taylor Stadium.