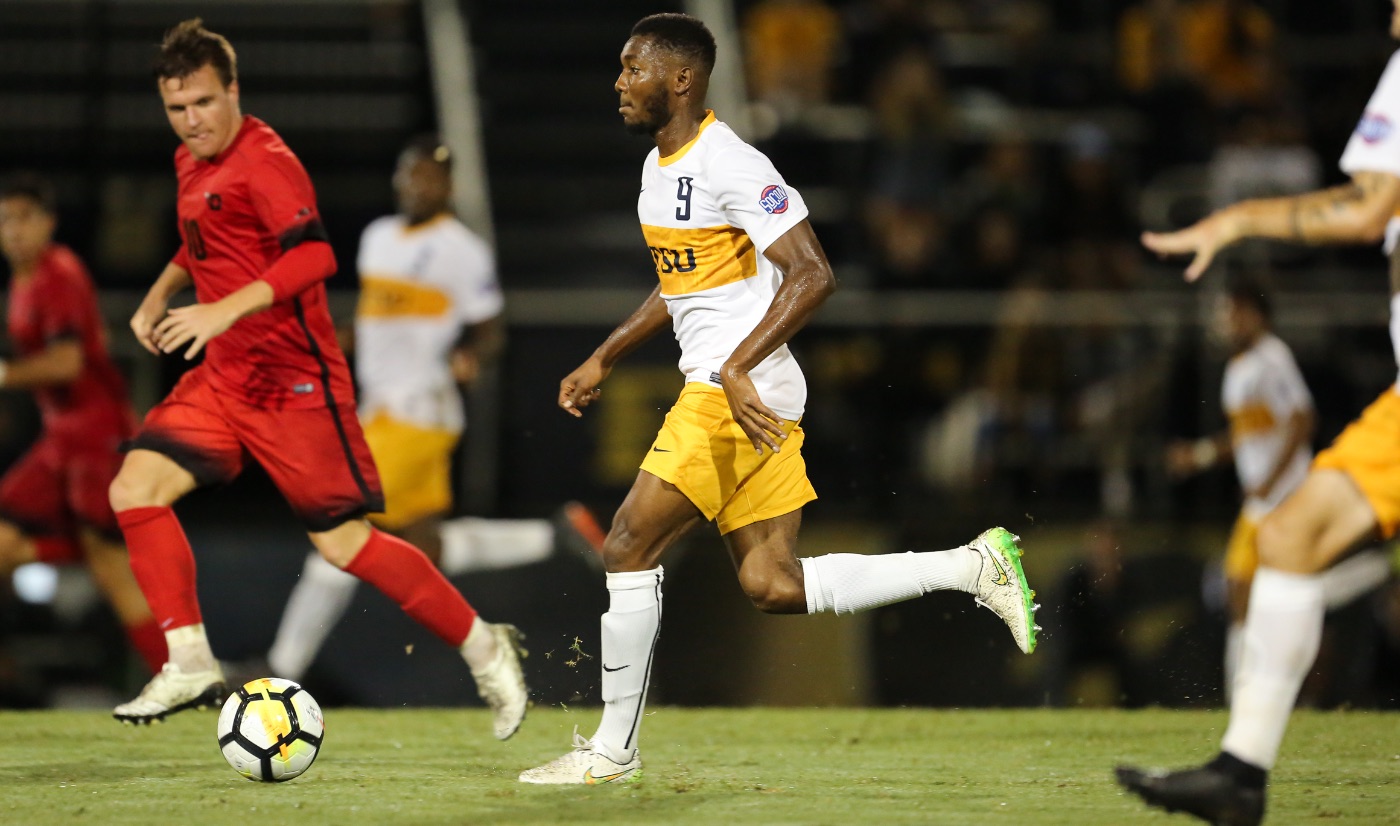 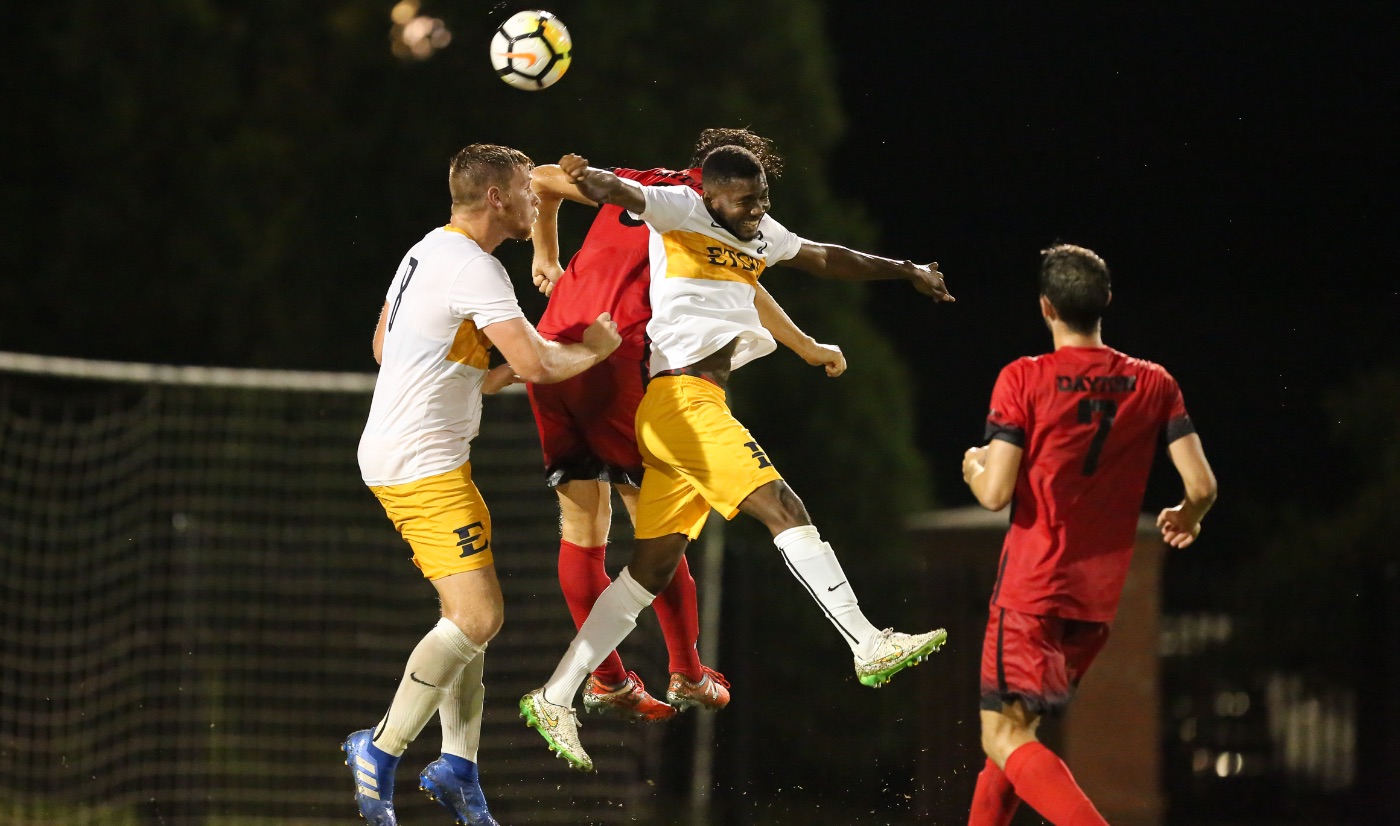 JOHNSON CITY, Tenn. (Sept. 11, 2018) – The ETSU men’s soccer team fired off 16 shots and saw an appearance from its newest player, but were unable to score in a 2-0 defeat to Dayton on Tuesday night at Summers-Taylor Stadium.

The Bucs created 16 shots on the night with six shots on goal, but were unable to find the twine. Dayton fired 12 shots on the day with six on target, scoring twice in the second half for the win.

“I told our guys I thought the effort was there, but we lacked a little fire today,” said ETSU head coach David Casper. “We created chances, but I just don’t know if we really believed they were going to go in today.

“Credit to Dayton — they were good. They played a good game and put us under a lot of pressure. In the last couple of days, we bent (but did not break) where today the ball didn’t bounce our way.”

In the 69th minute of play, ETSU’s newest player, sophomore Mohamed Jawara (Paris, France) made his ETSU debut at the top forward spot. The Frenchman attempted one shot on the night, missing slighty wide from outside the box.

Jawara joined the team last week from France, first suiting up against Appalachian State but did not appear. Jawara has played on the U19 national level for France, scoring 20 goals in 28 games for FC Nantes in 2015 and 11 goals in 25 games in 2016

The Bucs nearly took the lead early in the second half with a hectic sequence. In the 53rd minute, Dayton keeper Federico Barrios fought off back-to-back shots by Cameron Woodfin (Old Hickory, Tenn.) and Serge Gomis (Dakar, Senegal) before Bruno Andrade (Sao Paulo, Brazil) nearly cleaned up the mess with a shot of his own, missing just inches high over the crossbar.

The two Dayton scores followed in the 63rd and 71st minutes.

There was an hour weather delay before the game as the contest started at 8:05 p.m. instead of the original scheduled time of 7 p.m.

ETSU now hits the road for a three-game road trip, beginning with Lipscomb on Saturday, Sept. 15 at 7 p.m. from Nashville. Following Lipscomb is Georgia Southern Sept. 22 and No. 6 Kentucky Sept. 26.