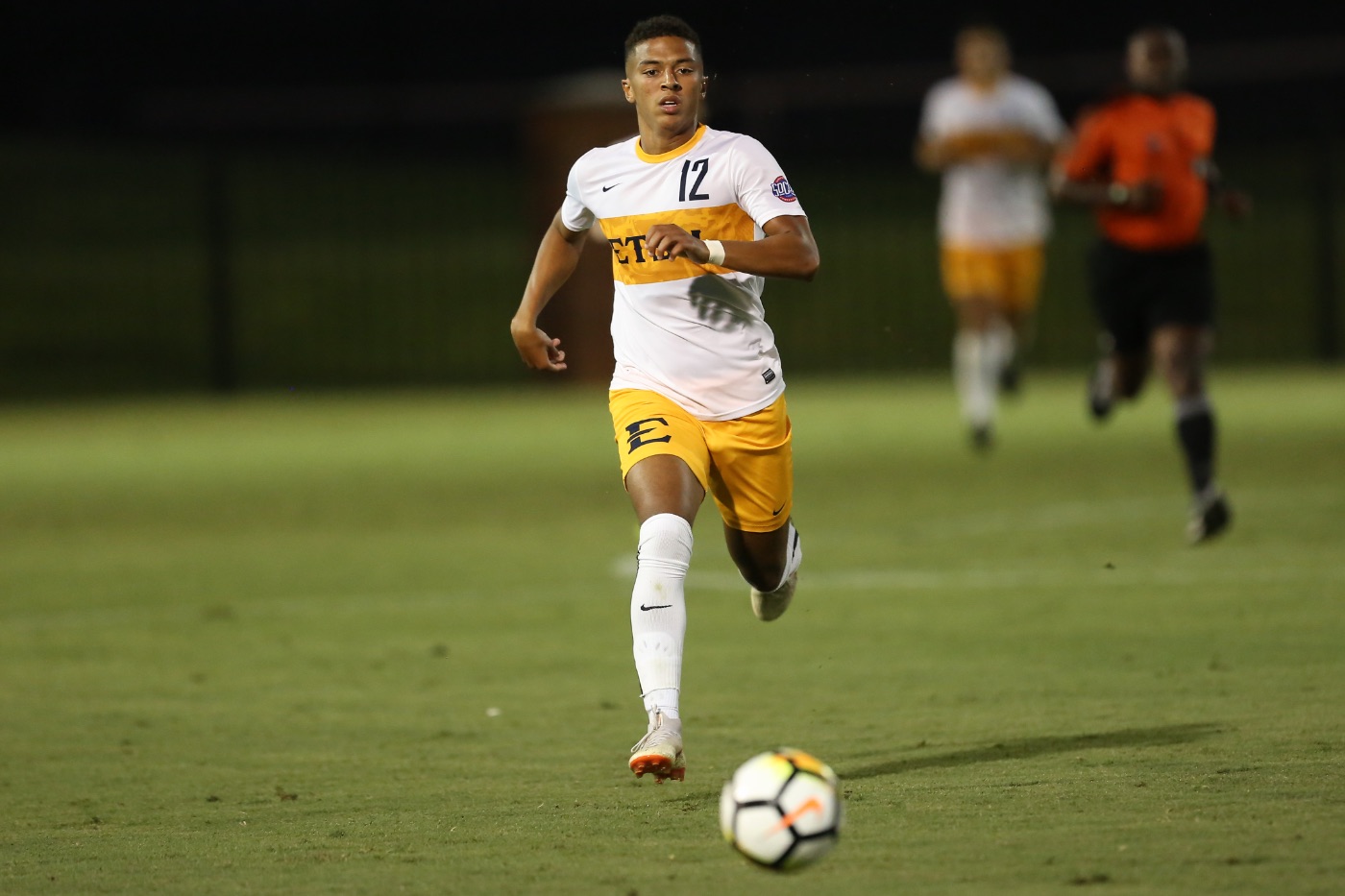 Following this match, ETSU will have an entire week to prepare for its next contest at Georgia Southern, followed by a match at No. 6 Kentucky the following Wednesday.

Tomorrow’s contest will be live streamed via the Lipscomb men’s soccer Facebook page. Live stats will also be available.

The Bucs closed a four-game home stand last Tuesday night, splitting the four games with two wins and two losses after a 2-0 defeat at the hands of Dayton.

The game, which kicked off one hour and five minutes past the original kickoff time due to lightning delays, ended with ETSU outshooting Dayton 16-12, but the Flyers found the net twice in the second half to earn the win.

The Bucs nearly took the lead early in the second half with a hectic sequence. In the 53rd minute, Dayton keeper Federico Barrios fought off back-to-back shots by Cameron Woodfin (Old Hickory, Tenn.) and Serge Gomis (Dakar, Senegal) before Bruno Andrade (Sao Paulo, Brazil) nearly cleaned up the mess with a shot of his own, missing just inches high over the crossbar.

In the 69th minute of play, ETSU’s newest player, sophomore Mohamed Jawara (Paris, France) made his ETSU debut at the top forward spot. The Frenchman attempted one shot on the night, missing slighty wide from outside the box.

Jawara joined the team last week from France, first suiting up against Appalachian State but did not appear. Jawara has played on the U19 national level for France, scoring 20 goals in 28 games for FC Nantes in 2015 and 11 goals in 25 games in 2016.

So far, ETSU holds a 2-4 record through a tough six-game stretch. In some RPI ratings, ETSU’s strength of schedule has been ranked as high as third in the nation out of 206 Division 1 teams.

Four of the Bucs’ five opponents so far finished with a top-100 RPI, including its two season-opening ACC opponents in No. 3 North Carolina and then-No. 5 Wake Forest — who is now No. 1 in the country. Additionally, Appalachian State held a 4-0 record prior to falling to ETSU. Later this season, the Bucs will face current No. 6 Kentucky on the road.

The team continues to be captained by preseason All-SoCon selection Cameron Woodfin (Old Hickory, Tenn.). Woodfin, who has one assist so far, led the entire nation in 2016 with 12 assists to become a statistical champion. Woodfin redshirted last season due to injury.

The Bisons are 1-3 in the 2018 regular season, defeating the SoCon’s newest soccer member, Belmont, in its season opener before dropping three straight to South Carolina, Georgia State and San Diego by one-score margins.

Many familiar faces return from last season’s squad, including senior forward Logan Paynter who scored twice against ETSU in a 3-2 loss last season. He has one of Lipscomb’s four goals so far and is among the all-time leading career scorers for the Bisons.

Also returning is senior goalkeeper Chris Zappia, who has 19 saves this season with five goals allowed — holding a .792 save percentage and one shutout.

Long-time head coach Charles Morrow, who is in his 14th season, leads the Bisons. Morrow coached Lipscomb to its first NCAA tournament appearance last season with an 11-8-2 record.

Morrow played at Lipscomb from 1994-96 before becoming an assistant coach after graduation. He rejoined the Bisons as a head coach in 2005 after working as an assistant at fellow-Nashville institution Vanderbilt and after a two-year head coaching stint with Belmont Abbey College.

ETSU holds the all-time advantage at 7-2-1 and has not lost to Lipscomb in the last four contests.

Last season marked the first time since the 2013 ASUN tournament the two had faced off and the first time as non-conference opponents. The Bucs won 3-2 in overtime with a golden goal by Ryan Madondo (Franklin, Tenn.) — scoring within moments of his collegiate debut for his first goal as a Buccaneer.

Tomorrow’s contests marks the third time in the 11 contests ETSU will travel to Nashville to face Lipscomb. The Bucs are 1-1 on the road against the Bisons, falling in the first-ever contest in 2008 as an upstart program, 2-1, but later winning in 2010 by a 2-1 final.