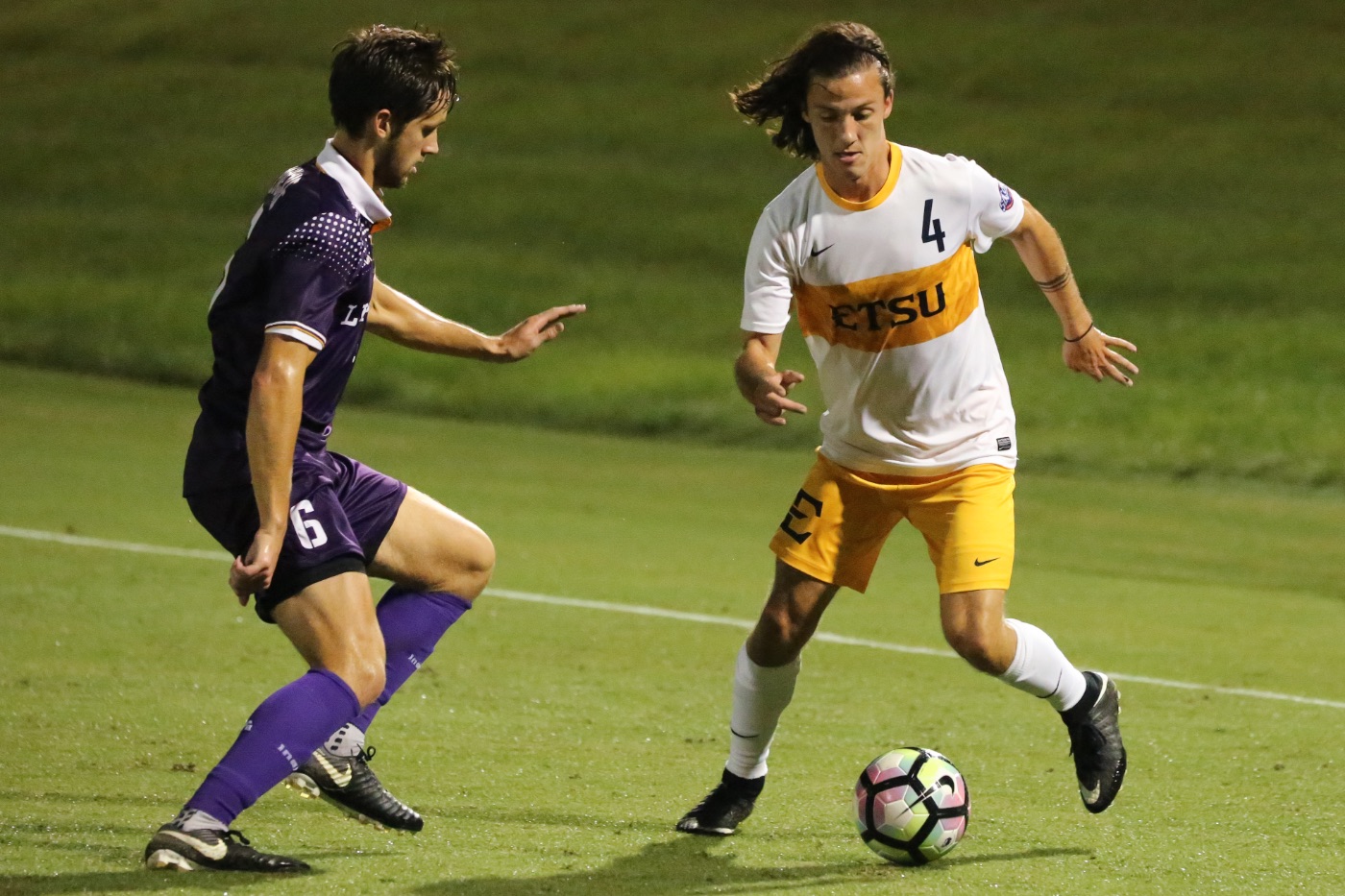 Woodfin, Barlow and Andrade each score to power ETSU past Bisons

After falling behind 1-0 in the 21st minute, the Bucs remedied the deficit with two goals on their way to the first road win of the season.

In the 35th minute, senior Cameron Woodfin (Old Hickory, Tenn.) scored his first goal of the 2018 campaign on a free kick from 30 yards out, drilling a liner past the diving keeper for the equalizer.

In the second half, ETSU took the lead and the momentum with a goal by sophomore Danny Barlow (Newcastle, England) in the 57th minute, following a corner by Woodfin. Barlow’s goal was his fourth of the season, already pulling him one goal away from the five he finished with last year. John Lucchesi (Johnson City, Tenn.) and Serge Gomis (Dakar, Senegal) each picked up assists on the play.

In the 78th minute, junior Bruno Andrade (Sao Paulo, Brazil) added a third goal for the Bucs, giving ETSU its highest score total of the season thus far. His goal came in a one-on-one after a deep pass by Woodfin for the assist.

Redshirt freshman goalkeeper Josh Perryman (Sheffield, England) had five saves on the day — including two early in the contest. The Sheffield native also worked off five corner attempts with solid leadership in the box.

Tonight’s win gives ETSU wins in four of the last contests against the Bisons. The Bucs have not lost to Lipscomb since 2011, improving to 8-2-1 in the series.

The win also marks ETSU’s first road victory of the season and concludes the first of three road games the next two weeks. Up next for ETSU is another Saturday night contest against Georgia Southern Sept. 22 in Statesboro, Ga.