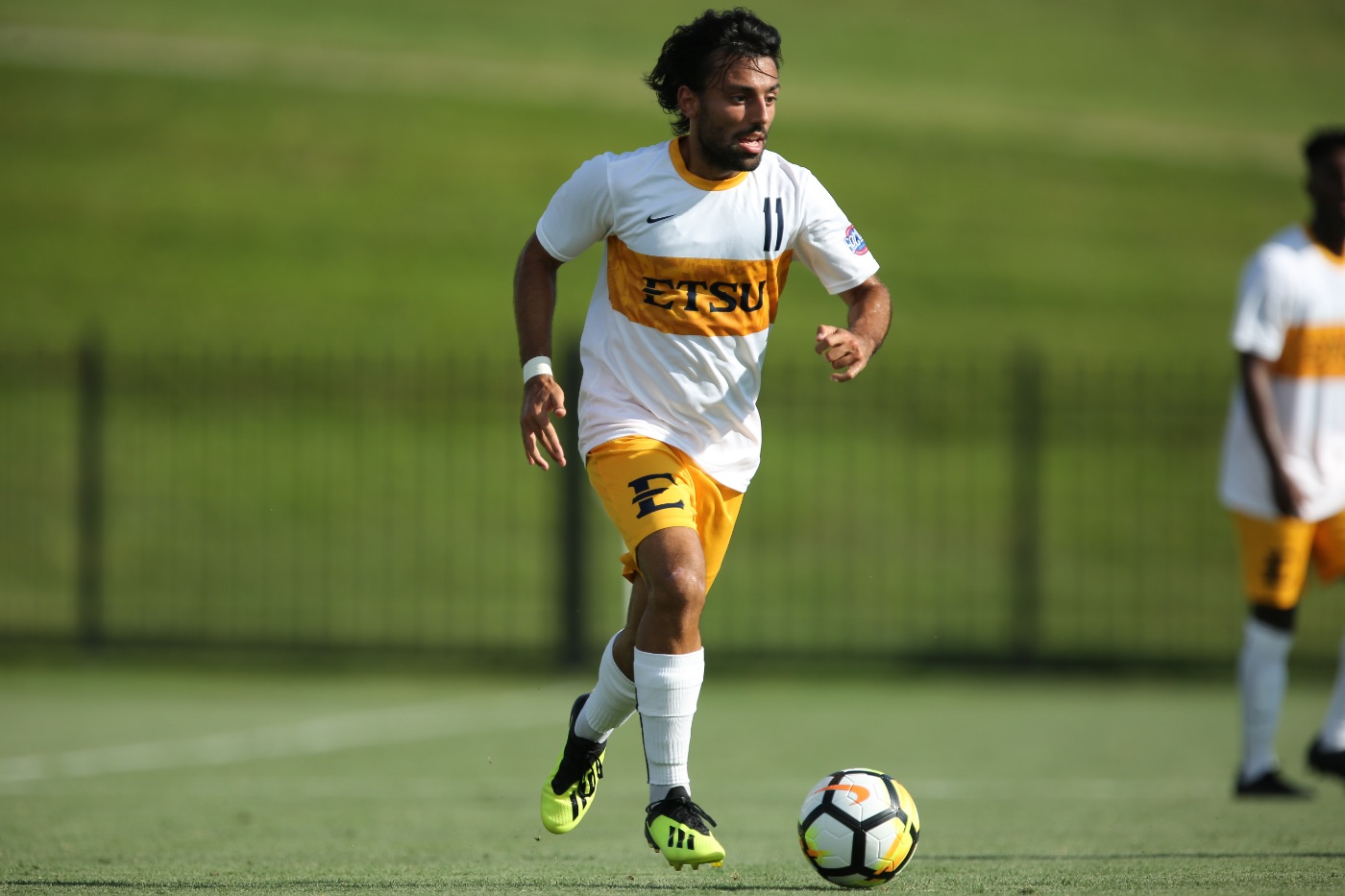 With an even score heading into the final 10:00 of the game, the Bucs forced an Eagles’ own goal to take the late 2-1 lead. A late save by redshirt freshman goalkeeper Josh Perryman (Sheffield, England) and strong defense kept the Bucs ahead for the win.

The go-ahead score came courtesy of junior Bruno Andrade (Sao Paulo, Brazil) as his aggressive offense forced the goal. Andrade was credited with his third score of the season, as well as the game-winning goal.

Early in the game, the Bucs took a 1-0 lead with a team-leading fifth goal of the season by Danny Barlow (Newcastle, England). Barlow beat the keeper on the far side off an assist from Cameron Woodfin (Old Hickory, Tenn.) in the 29th minute.

Woodfin’s assist was a historical one for the senior, as he tied the all-time career record for assists at ETSU. He ties David Geno (2010-13) with 20 career assists. Woodfin now has three assists this year.

With less than 2:00 before the end of the first half, Georgia Southern drew a foul in the box and earned a penalty kick, scoring to even things up at 1-1 before halftime.

Both teams threatened in the second half, as ETSU held a slight 11-9 advantage in shots heading into the final 10 minutes. The Blue and Gold were able to work their way into a corner kick, setting up the game–winning score moments later.

ETSU finished with a 14-12 shot and a 6-3 shots on target advantage. Tonight marks the sixth straight contest the Bucs have posted more shots than their opponents.

Additionally, Perryman recorded two saves on the night, one of which came in the final two minutes to keep Georgia Southern off the scoreboard and preserve the win. The lone goal allowed came on a penalty kick.

Up next for the Buccaneers lies another key non-conference road game against the nationally-ranked Kentucky Wildcats on Sept. 26. ETSU will look for its third straight win away from Johnson City to close the road trip.

Wednesday’s game will also be head coach David Casper’s first return to Lexington since last serving as an assistant coach for the Wildcats last season.