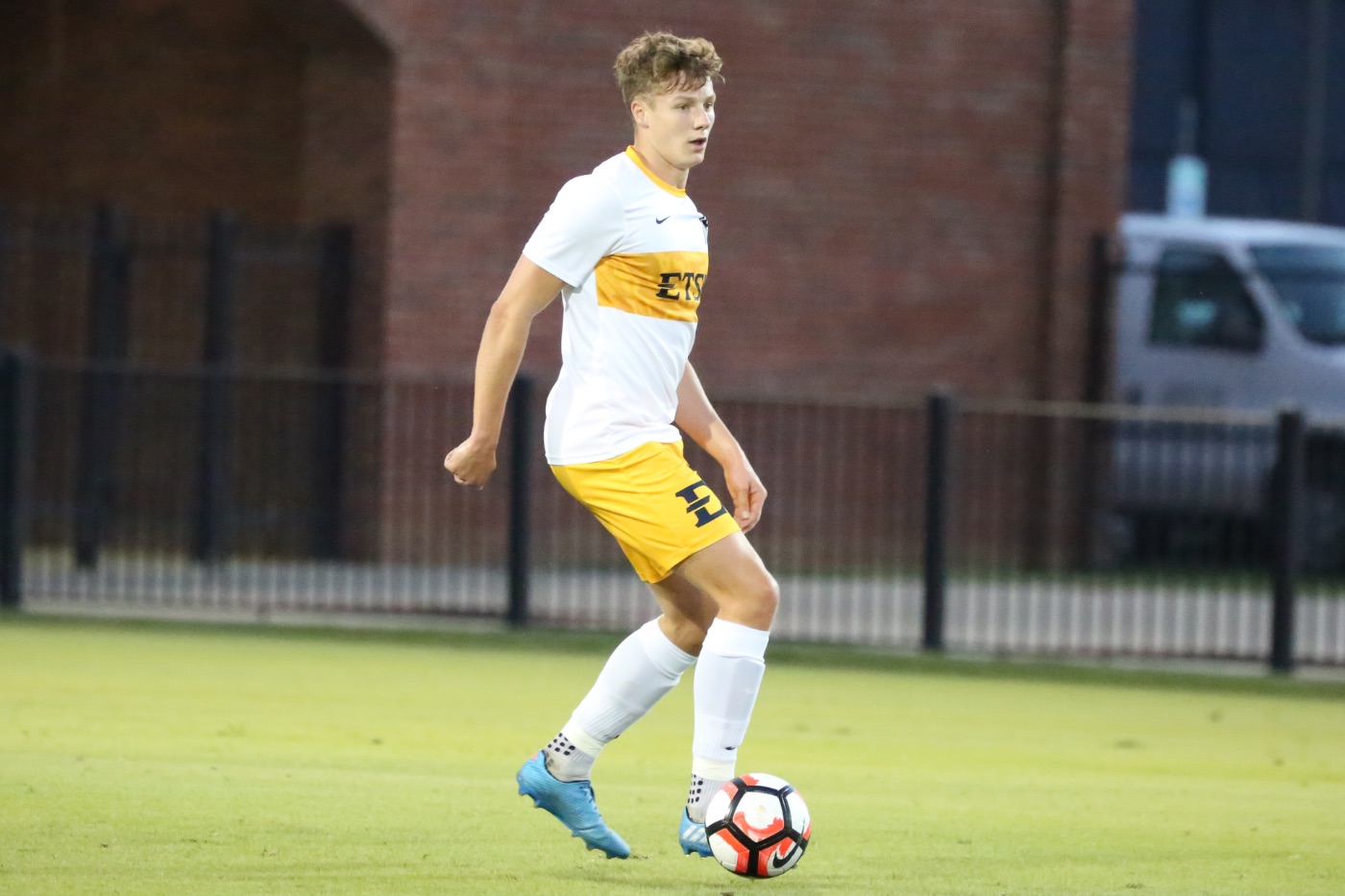 Redshirt-sophomore Joe Pickering returned to action for the first time in over a year on Wednesday in Lexington, Ky.
Bucs fall in second half to No. 7 Kentucky, 3-0
ETSU at #7 Kentucky | September 26, 2018
Related Links

LEXINGTON, Ky. (Sept. 26, 2018) – After an even first half Wednesday night in Lexington, the No. Kentucky Wildcats score three late goals to earn a hard-fought 3-0 win over ETSU men’s soccer.

The Buccaneers proved to be a threat in the first half, shooting the only shot on target in the first half. Kentucky would steal momentum in the second half, denying every ETSU opportunity while capitalizing on three of its own to remain undefeated at 7-0-1.

Despite the loss, a huge positive came out of the night as Joe Pickering (East Sussex, England) made his return to the pitch for the first time in over a year. The preseason All-SoCon selection has battled injuries both last year and this season — playing 25 minutes in his return.

The Bucs (4-5) had an early chance in the third minute to take the lead and gain momentum, as Bruno Andrade (Sao Paulo, Brazil) took a penalty kick after a UK foul in the box. Kentucky goalkeeper Enrique Facusse stopped Andrade’s shot with a diving save off his fingertips.

The teams would battle to a scoreless first half, with Andrade’s shot being the only shot on goal.

The second half would start quick, as Kentucky’s JJ Williams immediately took a shot from just inside the 18 an bended it through to the top-left corner.

Kentucky’s 1-0 lead was threatened moments later as ETSU almost answered a minute later. After a foul near the box, senior Serge Gomis (Dakar, Senegal) attempted a 20-yard set piece from the right of the 18 and hit the crossbar.

The Wildcats took a 2-0 lead in the 66th minute as Williams flicked in a corner kick inside the six. Once again, ETSU nearly had a score of its own moments after the goal, missing on two good opportunities by Danny Barlow (Newcastle, England) and Gomis.

The final Kentucky goal sealed the win in the 78th minute as Kalil Elmedkhar scored off an assist from Williams.

Most of the game proved to be level with a near-even shot allocation, but Kentucky would burden the Bucs in the second half and finish with a 15-8 shot advantage — including a 6-3 shot on goal differential.

With exactly a week to prepare, the Bucs return home for their final non-conference game of the season next Wednesday, Oct. 3, to take on Marshall. Kickoff from Summers-Taylor Stadium is set for 7 p.m.