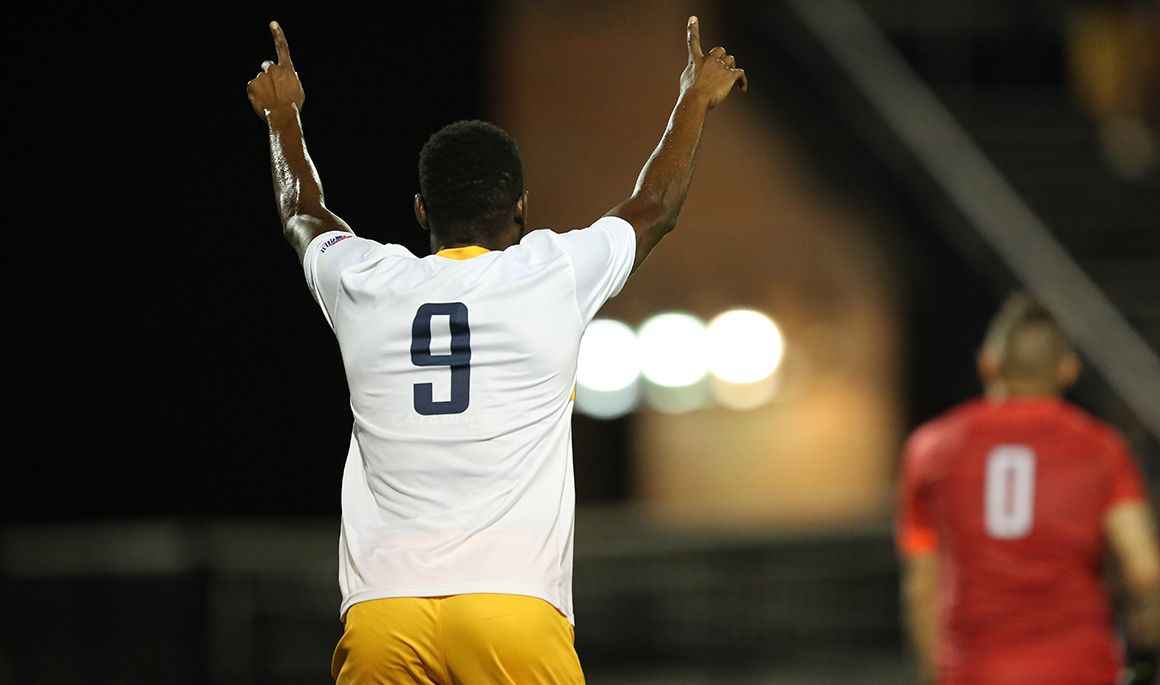 JOHNSON CITY, Tenn. (Oct. 3, 2018) – After falling behind 1-0 to Marshall with under 15:00 to go, the ETSU men’s soccer team caught a second wind by scoring back-to-back goals to send Bucs fans home happy with a 2-1 win Wednesday night.

The Thundering Herd (3-5-2, 1-1-1) took a late lead after JP Rylah scored in the 75th minute, stealing late momentum and bringing an anxious silence over the Johnson City crowd. But it didn’t take long for momentum to swing back ETSU’s way.

With under 11:00 remaining, sophomore newcomer Mohamed Jawara (Paris, France) took a lead pass from Dehai Abraham (Orlando, Fla.) and rolled it through to tie the game and send the Buccaneer fans into a frenzy.

Less than a minute later, the Summers-Taylor crowd erupted again as ETSU took the lead. Freshman Danny Barlow (Newcastle, England) reversed roles from his usual goal-scoring ways, setting up senior Cameron Woodfin (Old Hickory, Tenn.) who headed in the game-winner inside the six.

“It’s always nice to send the crowd home happy and two late goals to win it sends everybody that way,” said ETSU head coach David Casper. “I was telling the guys after the game that one thing we know about our group is that we never quit. No matter what the situation is, we know we can fight back.”

Freshman goalkeeper Josh Perryman (Sheffield, England) recorded two saves in the win, both of which came in the second half.

ETSU now ends non-conference play with a 5-5 record, battling against the second-toughest strength of schedule in the nation that includes matches against three top-ten schools.

Southern Conference play begins next for ETSU as the Buccaneers travel to Wofford. Kickoff on Saturday, Oct. 6 is set for 7 p.m. in Spartanburg, S.C.