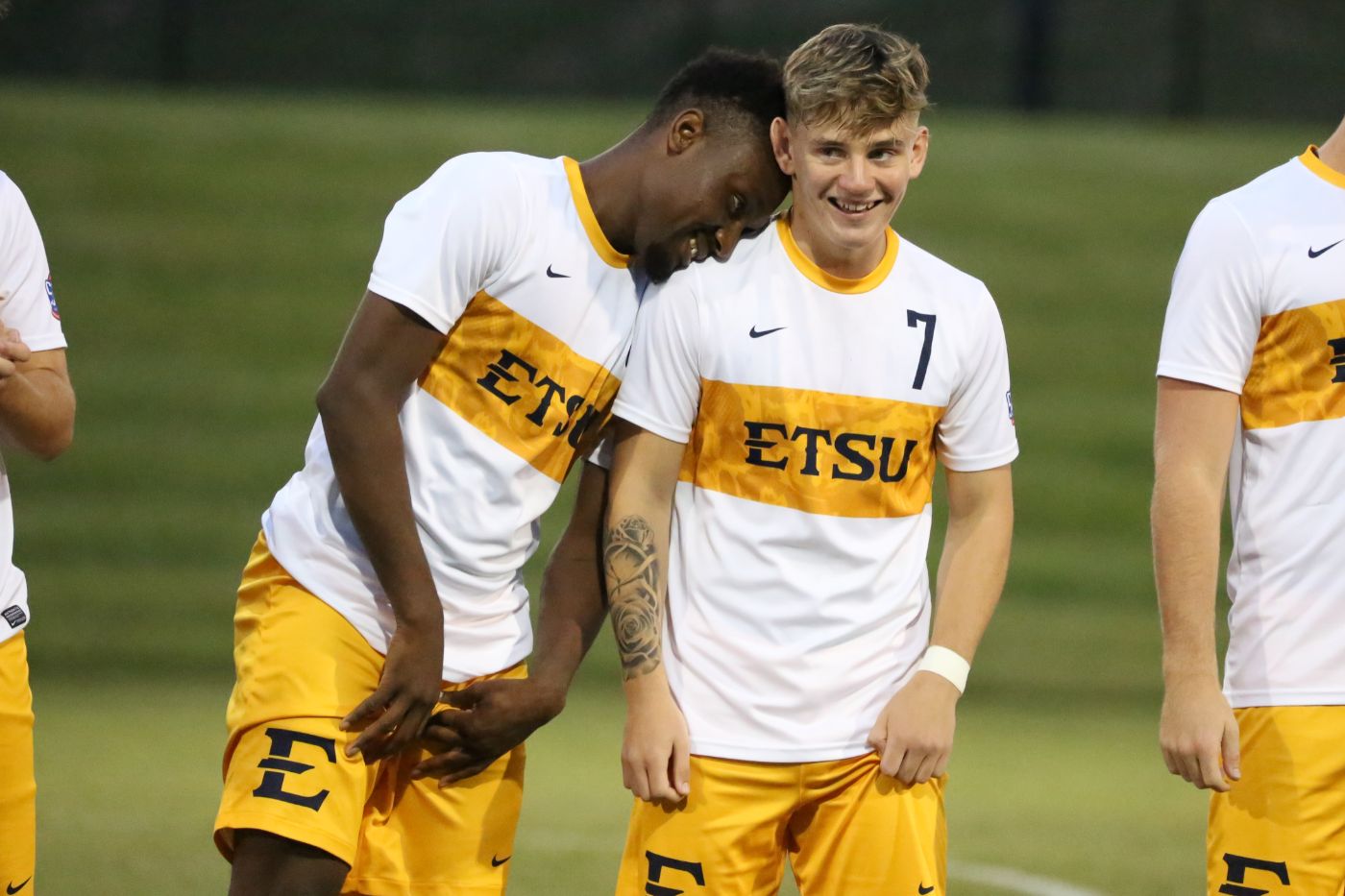 The Bucs scored its quickest goal of the season in the 10th minute, jumping to the early 1-0 lead. Sophomore Danny Barlow (Newcastle, England) launched a shot from 30 yards out, scoring his team-leading sixth goal of the season.

Ten minutes later, Wofford (1-8-1, 0-1) equalized the score with a goal by Connor Donohue, accepting a cross from the far-right wing to tie things up at 1-1. The draw would hold to the halftime whistle.

The game winning goal came in the second half courtesy of senior captain Cameron Woodfin (Old Hickory, Tenn.) on a free kick, drilling one into the twine at the 52nd minute from the left side of the box.

The ETSU defense would stifle Wofford’s attack, not allowing a single shot on goal in the second half. Furthermore, the Bucs would outshoot Wofford 14-6 with six shots on goal for the Blue and Gold.

Up next for ETSU is the SoCon home opener, as the Bucs welcome VMI to Johnson City next Tuesday, Oct. 9.

Tuesday’s game will be a Whiteout presented by BrightRidge, as fans are encouraged to wear their favorite white ETSU apparel to Summers-Taylor Stadium and cheer on the Bucs.