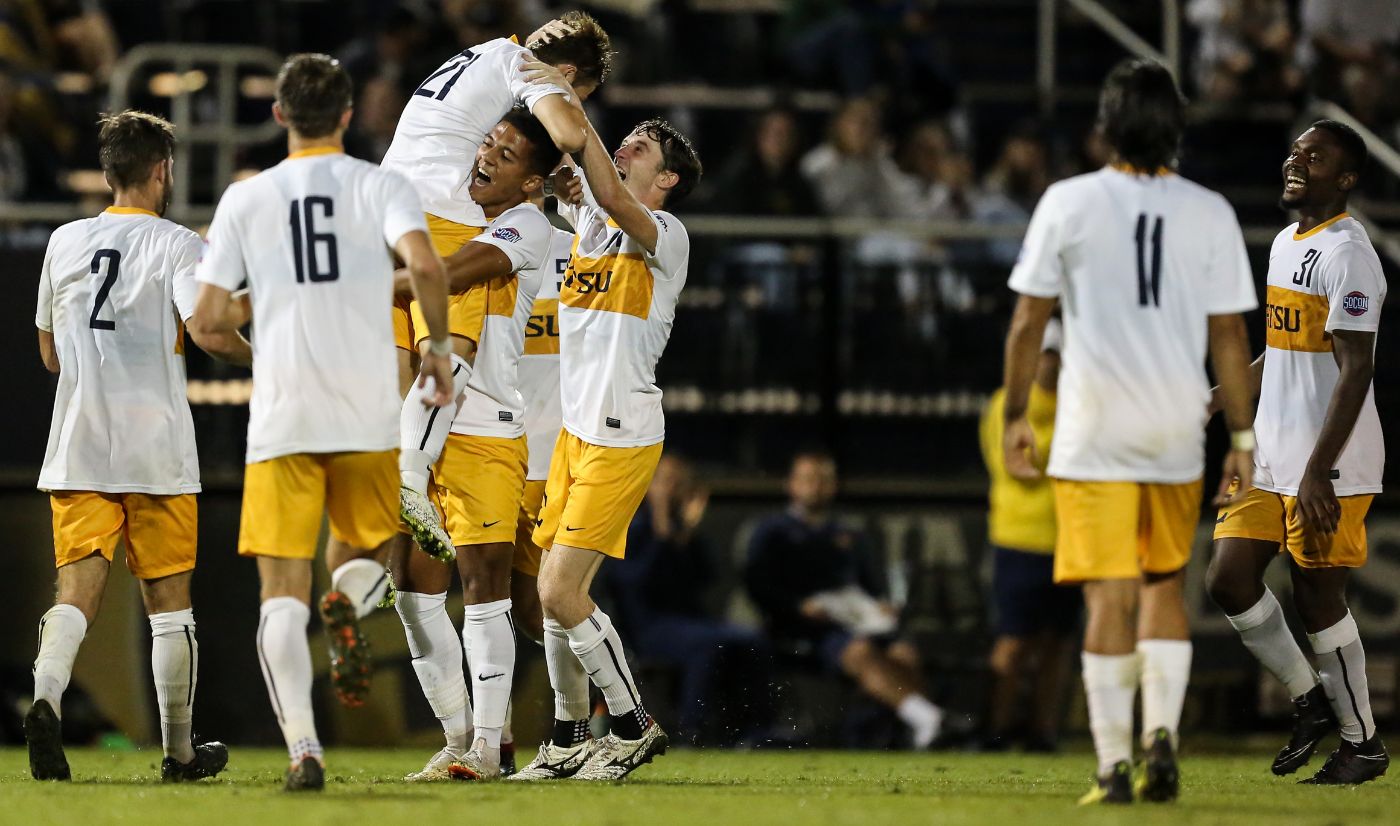 JOHNSON CITY, Tenn. (Oct. 9, 2018) – The SoCon home opener was a successful one for the ETSU men’s soccer team Tuesday night under the lights, as the Bucs powered past VMI, 4-0, at Summers-Taylor Stadium.

The Buccaneer offense produced 30 shots — marking a season-high — while posting 13 shots on goal. Defensively, ETSU limited the Keydets to four shots on the day and two on target, both of which were saved by Josh Perryman (Sheffield, England) for his third shutout of the year.

“Today was a good performance from the boys,” said ETSU head coach David Casper. “VMI is a tricky team. They are much better than the record would say. They make the game tough and you have to play for 90 minutes. We grew into the game, and I’m proud of the way we finished and played for 90 minutes.”

An exciting moment took place in the second half with ETSU leading 3-0. Redshirt-freshman Jordan Broadwater (Kingsport, Tenn.) made his official collegiate debut in front of his hometown fans and wasted no time making the most of the opportunity.

Broadwater, a Dobyns-Bennett graduate, capped the scoring with a goal in the 78th minute to a large ovation from the Summers-Taylor fans. Broadwater also scored in his unofficial collegiate debut last season in an exhibition against UNC Asheville, providing a sense of déjà vu.

The first half remained close on the scoreboard despite 14 shots from the Bucs, with the lone score coming off a penalty kick by Cameron Woodfin (Old Hickory, Tenn.) for his fourth goal of the year.

The second half was all ETSU, as Danny Barlow (Newcastle, England) scored his team-high seventh goal of the season in the 55th minute to give the Bucs a 2-0 advantage. The assist came from freshman Luke Howson (Sheffield, England) for his first career point, setting up Barlow’s left foot one-timer.

The final score aside from Broadwater’s late score was an impressive sequence by junior Bruno Andrade (Sao Paulo, Brazil) in the 73rd minute. Andrade made a clean tackle and spun past a defender while gaining possession before launching a shot from outside the 18.

With the win, ETSU improves to 2-0 in SoCon play with victories over Wofford and VMI.

Up next for ETSU is a challenging road contest at rival UNCG in Greensboro, N.C. on Oct. 13. Kickoff is set for 7 PM this Saturday.