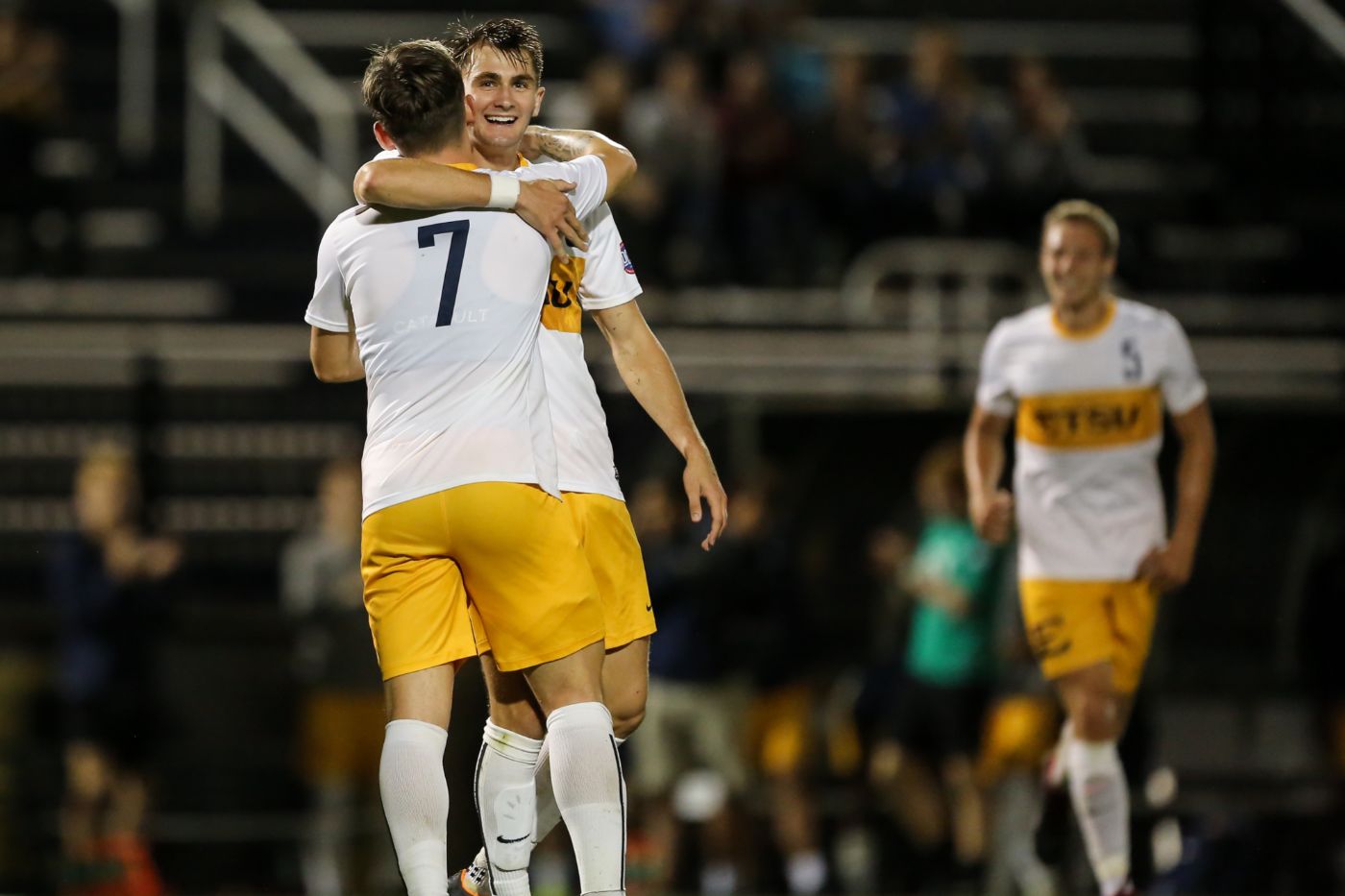 The Bucs are off to a 3-0 start in the month of October with wins over Marshall, Wofford and VMI and will look for a fourth on Saturday against the Spartans. UNCG has labeled tomorrow’s contest its homecoming game.

Tomorrow night's contest will be streamed on ESPN3 free of charge. Live stats will also be available.

The Bucs hold a slim 6-4-4 all-time series record and are undefeated against UNCG in the last eight contests.

ETSU has won four of the last five games dating back to 2016, including last year’s contest in Greensboro, 2-1 off a score by Barlow and a game-winning goal by Luke Parker (Memphis, Tenn.). ETSU has not lost in Greensboro since 2014.

In 2015, the two sides were deadlocked in three draws that ended in 1-1 final scores. The final match came in the SoCon tournament and was decided in penalty kicks as ETSU edged UNCG 6-5 to advance in dramatic fashion.

The Bucs improved to 2-0 in the conference with a 4-0 win over the VMI Keydets in Johnson City on Tuesday.

The goal scorers in the game were Cameron Woodfin (Old Hickory, Tenn.) with a first half penalty kick, Danny Barlow (Newcastle, England) with a left-foot finish, Bruno Andrade (Sao Paulo, Brazil) with a liner from 20 yards out and Jordan Broadwater (Kingsport, Tenn.) scoring his first career goal minutes into his official collegiate debut.

Additionally, freshman Luke Howson (Sheffield, England) and sophomore Mohamed Jawara (Paris, France) both had assists for ETSU in the contest — both of which were the first assists for each player in a Blue and Gold uniform.

Defensively, ETSU limited the Keydets to four shots and two on target, both of which were saved by Josh Perryman (Sheffield, England) for his third clean sheet of the year.

The Bucs won back-to-back SoCon regular season titles in 2016 and 2017 — hoping to achieve the trifecta under new head coach David Casper. Casper and the Bucs are 2-0 so far in SoCon play.

In addition to a three-game winning streak, ETSU have won seven of its last 10 games.

ETSU, ranked 29 in the official NCAA RPI, finished its tough non-conference gauntlet with a 5-5 record. In some RPI ratings, ETSU’s strength of schedule has been ranked as high as second in the nation out of 206 Division 1 teams.

Six of ETSU’s opponents so far finished with a top-100 RPI, including thee top-five teams in current No. 1 North Carolina, No. 2 Wake Forest and No. 5 Kentucky. Additionally, Appalachian State held a 4-0 record prior to falling to ETSU. UNCG currently hovers just outside the top-100 at 116.

The team continues to be captained by preseason All-SoCon selection Cameron Woodfin (Old Hickory, Tenn.). Woodfin, who has four goals and three assists so far, led the entire nation in 2016 with 12 assists to become a statistical champion. Woodfin redshirted last season due to injury.

A few weeks ago at Georgia Southern, Woodfin tied the all-time career assists record at ETSU. He currently has 20 for his five-year career, joining David Geno (2010-13) atop the record board.

Replacing ETSU’s first-ever All-American Jonny Sutherland in goal, redshirt freshman Josh Perryman (Sheffield, England) has started all 11 games and has recorded 30 saves against stiff offensive competition. He has three shutouts and had a career-high five saves at Lipscomb.

The Spartans bring a 4-7-1 overall record, and much like ETSU, have faced a tough schedule against opponents such as No. 2 Wake Forest and No. 16 Virginia Tech.

Furthermore, UNCG is 0-1-1 in SoCon play and seeks its first win in conference play Saturday. The Spartans tied Belmont 2-2 in the opener before falling to Wofford in double-overtime, 2-1.

UNCG — the preseason favorite coming into 2018 — was prominent on the SoCon preseason team with four selections in forwards Matt Mattis and Nelson Oceano, midfielder Leeroy Maguroushe and goalkeeper Jon Milligan.