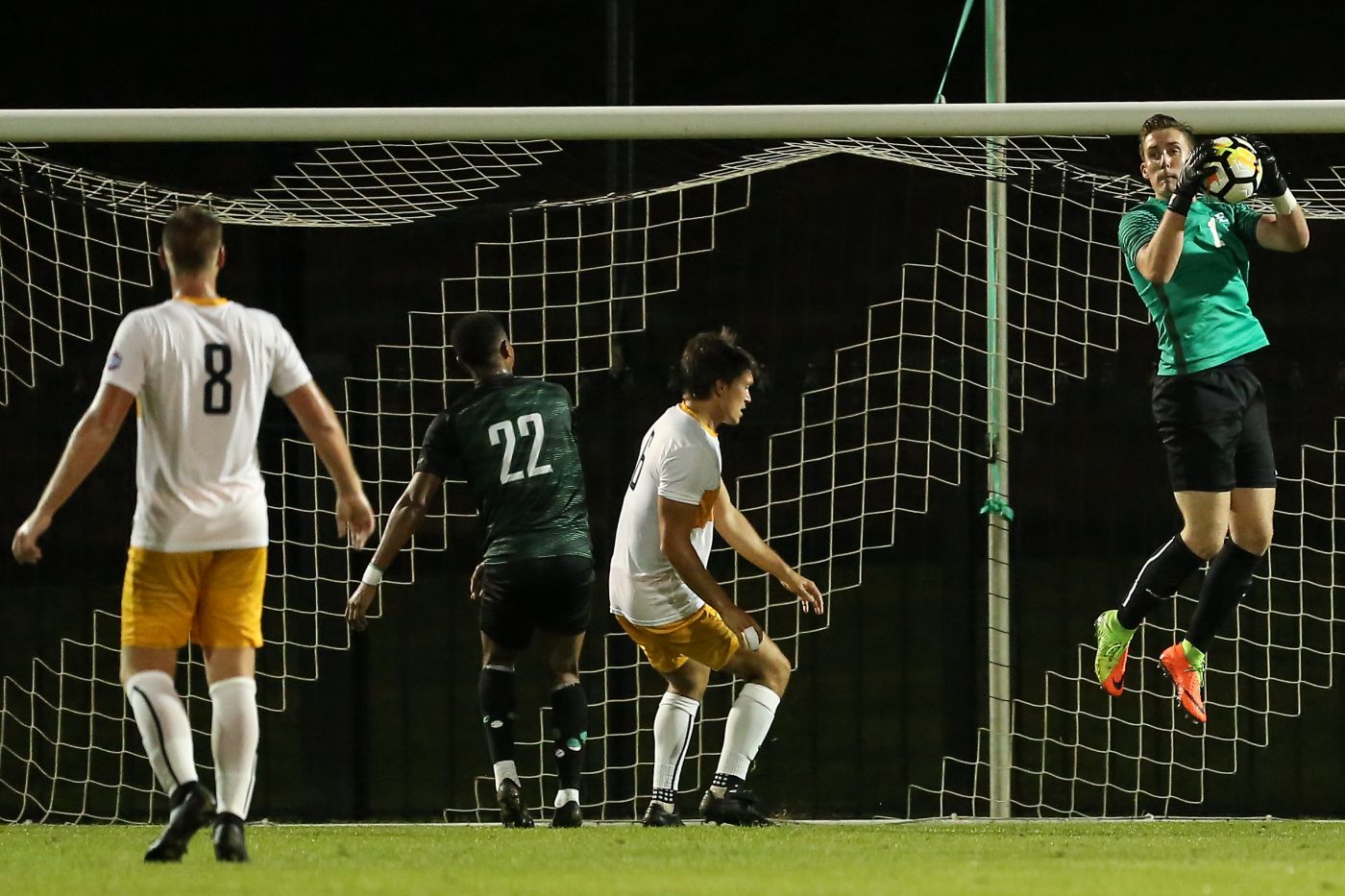 Although ETSU narrowly missed a chance to start 3-0 in conference play for the first time in its 11-year history, the draw allowed the Bucs to continue its SoCon undefeated streak. ETSU has not lost a regular season conference game in over two years, with the last defeat on Oct. 4, 2016 at Wofford, 1-0.

The Spartans drew first blood in an early defensive struggle, as Jacob Planell entered the game as a sub before a corner kick and bounced one through off the left post for the first goal of the game.

With UNCG leading 1-0 at the half, sophomore Danny Barlow (Newcastle, England) provided an answer in the second half with his conference-leading eighth goal of the season. Barlow netted the equalizer off a corner-kick assist by Bruno Andrade (Sao Paulo, Brazil).

The game remained even into the 90th minute to force overtime. A large reason came from the man in green between the pipes, as ETSU redshirt freshman keeper Josh Perryman (Sheffield, England) recorded multiple dramatic saves in the second half. He finished with five saves to tie a career high.

ETSU outshot the Spartans by a narrow 14-11 margin. The Bucs also put seven shots on goal to UNCG’s six. A combined 17 corners were attempted by both teams, but the defenses fought off 15 of the 17 threats.

For the fourth straight season, ETSU stayed out of the loss column in Greensboro. The Bucs have not lost at UNCG Soccer Stadium since 2014 and are undefeated in the last nine games against UNCG.

With next Tuesday off the grid and with a week to prepare, the Bucs will pick up SoCon play again at home next Saturday, Oct. 20, against the Furman Paladins at 7 p.m.

Next Saturday’s game in Johnson City will be a “Blue-Out” presented by Citi, as fans are encouraged to wear their favorite blue ETSU apparel to cheer on the Bucs.