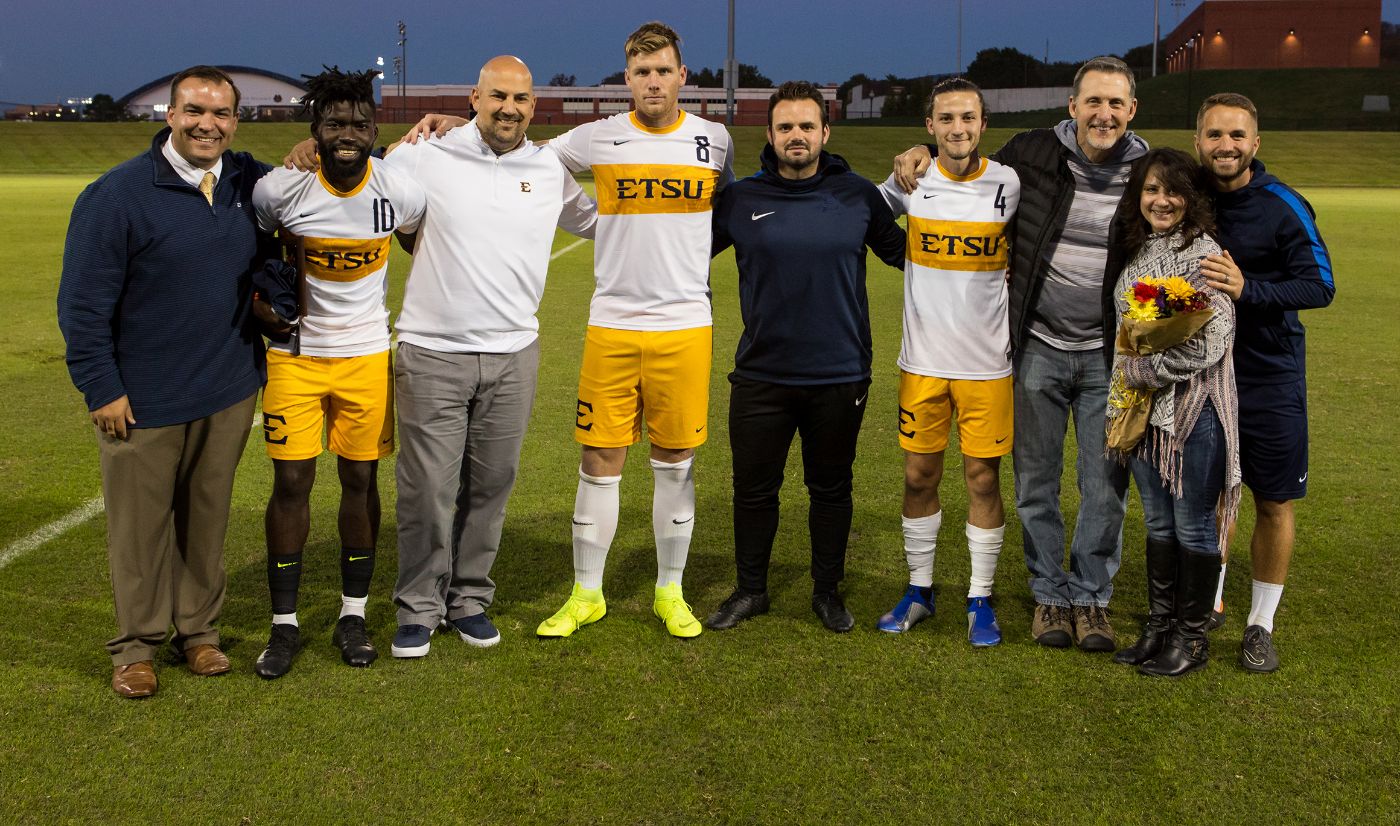 After a scoreless first half that saw the Bucs own a 12-6 shot advantage, ETSU scored back-to-back goals in the 48th and 50th minutes to pry away the momentum and take a 2-0 lead.

Belmont answered in the 58th minute with a score to cut the ETSU lead in half, but the Bucs held on through the final 32 minutes despite a few desperation attacks from the Bruins.

“Belmont is a good team,” said ETSU head coach David Casper. “I know their record is not great, but they are a very good attacking team. I really liked how aggressive we were today and how we took the game to them. Up until the last 20 minutes, we really controlled the game. The got one (goal) and things got hectic, but we were tough enough to withstand it.”

The first Buccaneer goal came from Danny Barlow (Newcastle, England) for his team-leading and SoCon best ninth score of the season. The assist came from fellow sophomoreDehai Abraham (Orlando, Fla.) for his second of the 2018 campaign.

Two minutes later, the Bucs struck gold again. Junior Bruno Andrade (Sao Paulo, Brazil) crossed a pass into the box on a breakaway, only for it to be batted away by a Belmont defender into his own goal.

Belmont did not give up, scoring less than 10 minutes later on a hooking strike from Niccolo Dagnoni to pull within one.

With only one save to that point, redshirt freshman goalkeeper Josh Perryman (Sheffield, England) came up with two key saves in the latter moments, including a diving stop with under 5:00 remaining to keep ETSU ahead for good.

Only one regular season game remains for the Buccaneers before the 2018 Southern Conference Men’s Soccer Championships. ETSU will travel to Mercer, who is undefeated in SoCon play with a 5-0 record (12-2-2 overall). Kickoff on Saturday, Oct. 27 is set for 7 p.m. in Macon, Ga.