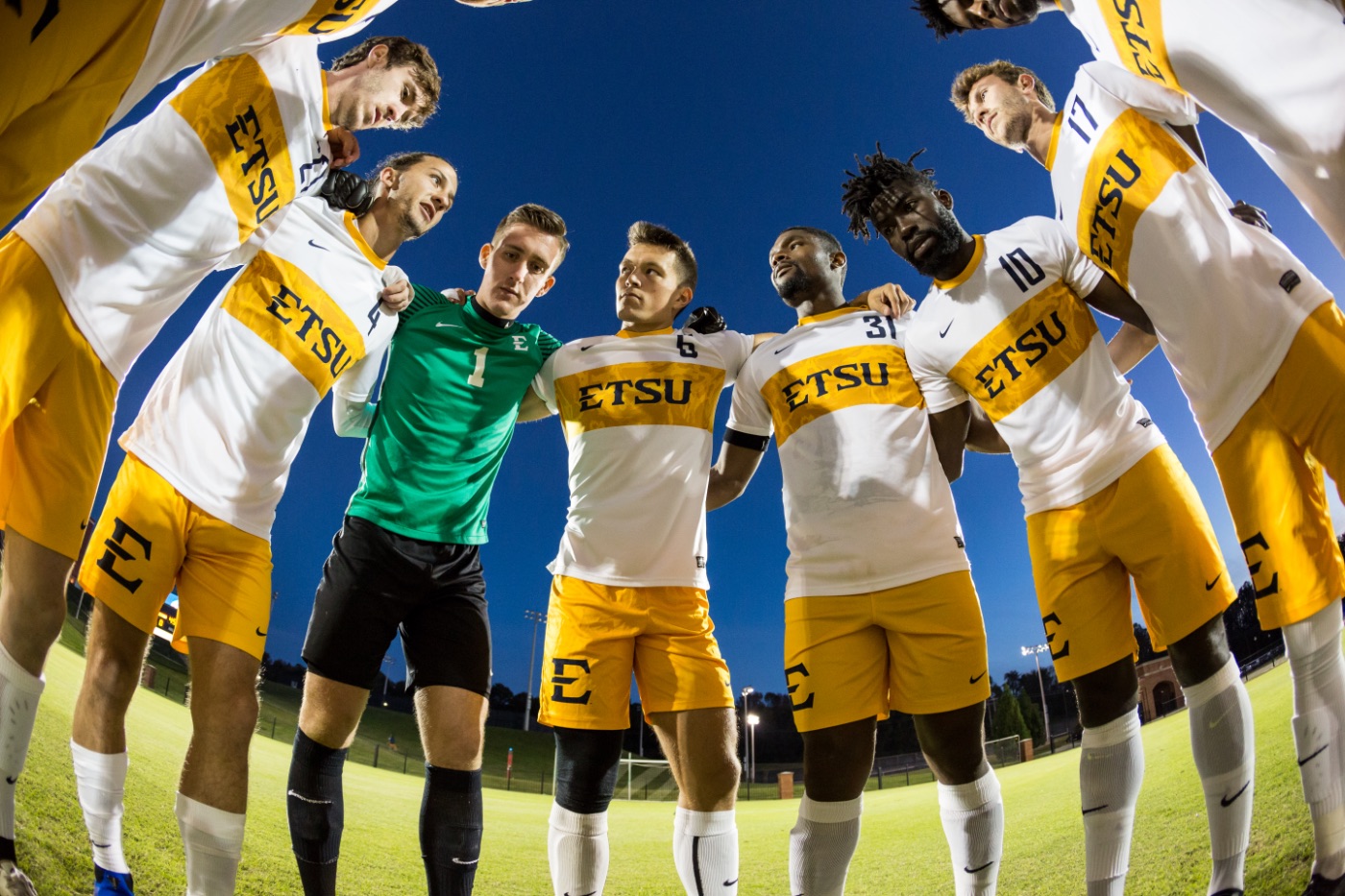 JOHNSON CITY, Tenn. (Oct. 22, 2018) – With a bevy of reasons to play spoiler on Saturday, the ETSU men’s soccer team travels to Mercer for its regular season finale that kicks off Saturday night at 7 p.m.

The Bucs (8-6-1, 3-1-1) fell just short in its bid to secure a third-straight Southern Conference regular season title, as Mercer (12-2-2, 5-0) clinched the top spot in the tournament with an overtime win over Furman on Tuesday.

With Mercer holding its senior night prior to the contest and having a chance to finish perfect in conference play, ETSU will look to play spoiler and earn a third straight win in Macon.

Mercer has already clinched the No. 1 seed for the 2018 SoCon Championship tournament, but ETSU still has a lot to play for with its current spot in third place (10 points).

With a win Saturday, coupled with a Furman loss at UNCG, the Buccaneers can move into the No. 2 seed, clinch a first-round bye and punch a guaranteed ticket to the semifinal round in Johnson City.

The Bucs can fall no lower than third place, as Wofford (10 points) and UNCG (five points) have clinched the fourth and fifth seeds, respectively. Belmont (one point) and VMI (no points) will battle Saturday for the right to host the first round “play-in” game between the No. 6 and No. 7 seeds in the SoCon tournament.

Tomorrow night's contest will be streamed on the SoCon Digital Network. Live stats are also available.

ETSU improved to 3-1-1 with a 2-1 win over Belmont Tuesday night in Johnson City. The win came on senior night, as the Bucs honored its three seniors (Cameron Woodfin, Nick Spielman and Serge Gomis) prior to the contest.

After a scoreless first half that saw the Bucs own a 12-6 shot advantage, ETSU scored back-to-back goals in the 48th and 50th minutes to pry away the momentum and take a 2-0 lead.

Danny Barlow (Newcastle, England) scored his conference-leading ninth goal of the season for the opening goal, then Bruno Andrade (Sao Paulo, Brazil) forced a Belmont own goal to take a 2-0 lead. Belmont would score less than 10 minutes later, but it would not be enough as ETSU held on for the win.

After an 0-3 start to the season, ETSU has won eight of its last 12 games and brings an 8-6-1 record into the regular season finale.

The Bucs had the second-toughest non-conference strength of schedule with three top-five opponents in current No. 1 Wake Forest, No. 3 Kentucky and No. 5 North Carolina. ETSU finished 5-5 in non-conference action.

Sophomore forward Danny Barlow (Newcastle, England) leads ETSU and is tied for first in the SoCon with Mercer’s Trevor Martineau at nine goals thus far. He was also last year’s leading goal scorer for the Bucs with five goals in a wealth-distributing offense.

The Bears have exceeded all expectations in 2018, surging to a 12-2-2 overall record on the power of an eight game winning streak. Mercer is also 8-0 at home this year.

Martineau, Leo Toledo Jr., Roberto Arteaga and Kobe Perez hold four of the top six spots in the SoCon for points, lead by Martineau at 25 and Toledo Jr. at 20 in first and second place. Equally strong in goal, keeper JR DeRose has a 1.03 goals against average — second best in the SoCon.

ETSU’s most storied rival on the pitch, the Bucs have played more games against Mercer than any other opponent. The two sides have been conference rivals both in the Atlantic Sun and the Southern Conference, facing off at least once each season since ETSU’s program began in 2008.

Mercer holds a 7-5-4 edge in the all-time series, although ETSU has not lost in regulation to Mercer since Oct. 27, 2015. The Bears have been a thorn in ETSU’s side the last two seasons in SoCon tournament play, winning the 2016 SoCon Championship 4-1 on penalty kicks before knocking out the Bucs in the 2017 semifinals with a 4-3 penalty kick decision.

ETSU has won the last two contests held in Macon, defeating the Bears 1-0 in overtime last year following a 3-2 win in 2016.