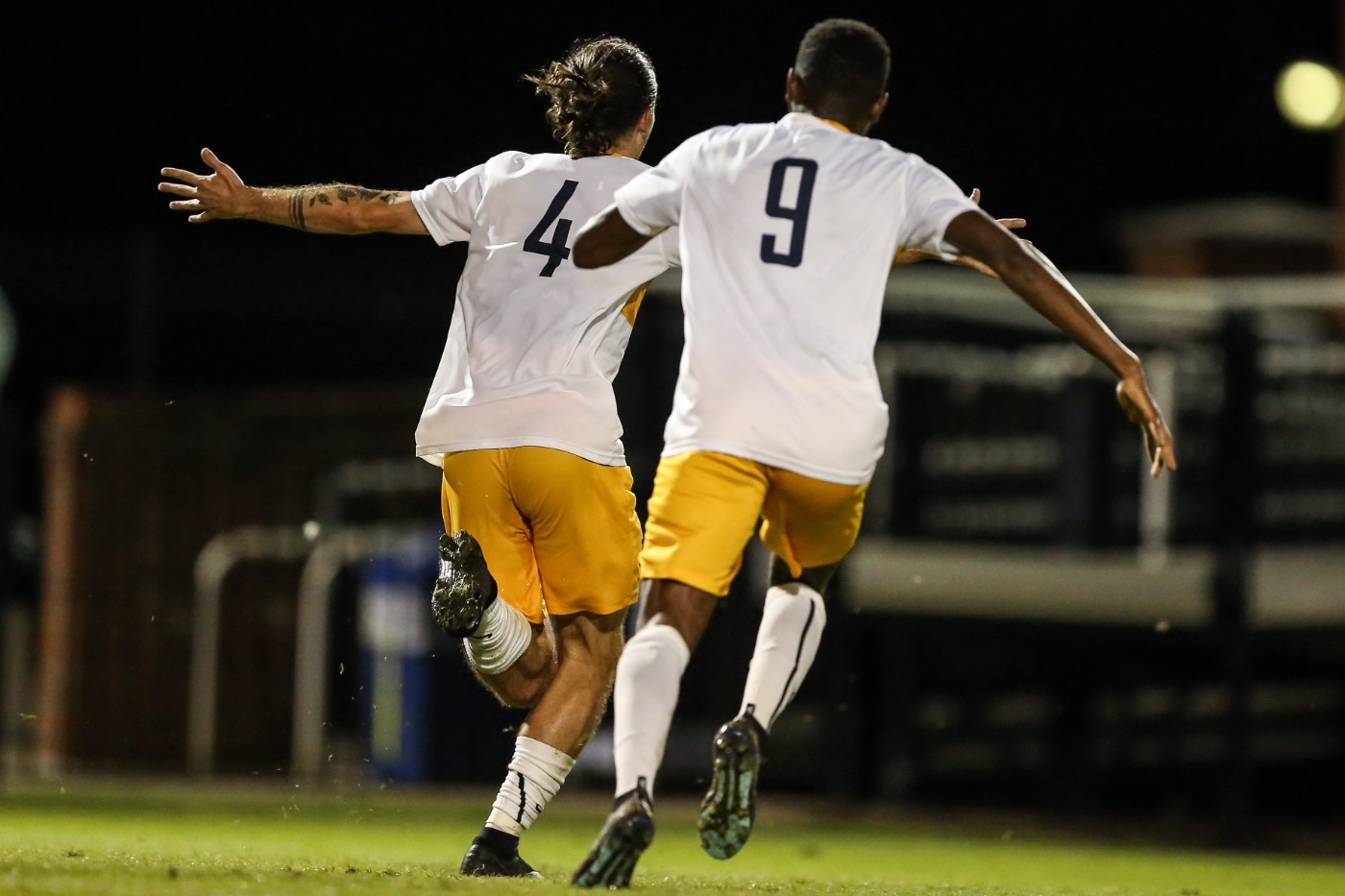 MACON, Ga. (Oct. 28, 2018) – ETSU men’s soccer’s outside shot at a double-bye for the 2018 Southern Conference Championship tournament came to fruition Saturday night in Macon, Ga. as the Bucs defeated Mercer in the regular season finale, 2-1.

Additionally, UNCG’s 1-0 win over Furman moves the Bucs into second place in the Southern Conference standings — meaning the Bucs will receive a double-bye as the No. 2 seed and automatically clinch a spot among the final four teams in Johnson City Nov. 9 for the SoCon Championship semifinal.

It did not take long for ETSU to gain momentum as junior defender John Lucchesi (Johnson City, Tenn.) drove home his first goal of the season in the third minute to put ETSU ahead 1-0. The assist came from Bruno Andrade (Sao Paulo, Brazil) for his third of the year.

Mercer equalized the score near the end of the first half with a header goal from Ramario Thompson, sending both teams to the half with one goal each.

ETSU regained the lead in the second half as a couple of ETSU veterans combined for the go-ahead score early in the second half. Redshirt junior Luke Parker (Memphis, Tenn.) served up a cross to fifth-year senior Cameron Woodfin (Old Hickory, Tenn.), who headed it through for the score.

The final minutes came down to the wire, as both teams had solid opportunities late. ETSU held strong though and stunned the Bears in the final seconds with two huge saves, sealing its third straight road win over the Bears in Macon. Goalkeeper Josh Perryman (Sheffield, England) fought off the first attempt before the ETSU defense stopped the second shot from rolling through.

The Bucs will now await the winner of the No. 3 vs. No. 6/7 game in the SoCon semifinal round, which is set to take place Nov. 9 at Summers-Taylor Stadium in Johnson City.