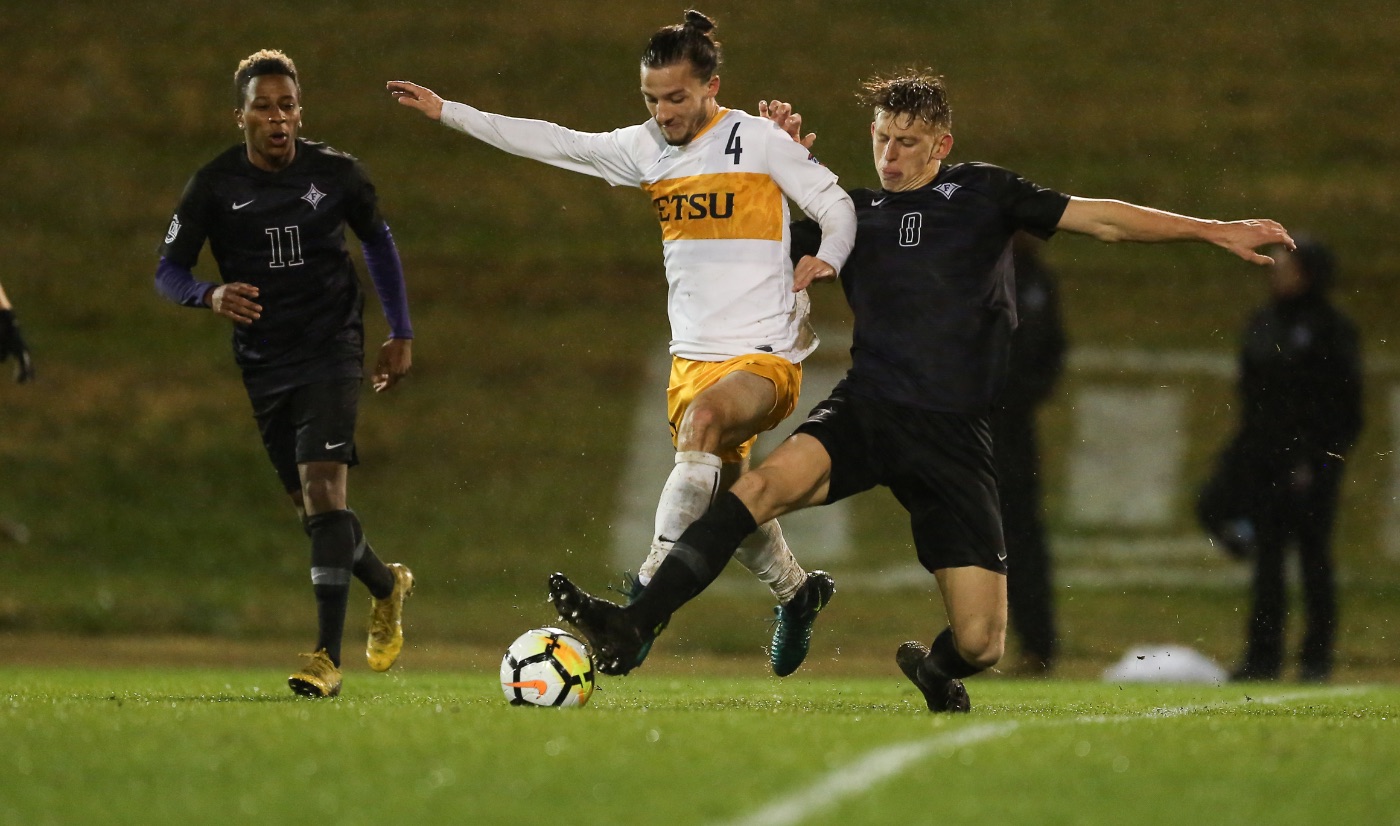 JOHNSON CITY, Tenn. (Nov. 9, 2018) – The ETSU men’s soccer saw its tournament run come to an end on Friday night in Johnson City, as a late golden goal header pushed Furman past ETSU and into the final with a 2-1 win.

With the loss, ETSU is eliminated from tournament contention, meaning it will take an at-large bid for the Bucs to continue postseason play. The Bucs are currently 9-7-1 overall and came into the night ranked No. 39 in the NCAA RPI rankings.

The two teams battled in an even game the entire way, with Furman holding the slim 9-8 shot advantage. Despite this, ETSU had a 4-3 corner kick advantage and kicked five corners to Furman’s four.

“It was a tough game,” said ETSU head coach David Casper. “Furman is really good, and I thought it was two even teams battling all night. It was a tough way to lose. Hopefully we can find a way to get an at large bid and keep our season going. This season has been about our players, and they’ve earned it. Hopefully, the selection committee sees it and rewards us with it because they’ve earned to be in the (field of) 48.”

Tonight marks only the fourth time ETSU has been outshot in its 17 games this year, as the Bucs are outshooting opponents 249-178 this season despite a strong strength of schedule.

After a scoreless first half, the first goal came from Furman’s Miles Fenton, a SoCon all-freshman selection, off an assist from Conor Sloan in the 47th minute.

The Buccaneers wasted no time catching a break to bury the equalizer, drawing a foul inside the box to set up Cameron Woodfin (Old Hickory, Tenn.) for a penalty try. His shot to the right side was pure, tying the game in the 55th minute.

A tightly-contested battle that saw a combined 35 fouls ended in regulation tied at 1-1, sending us to a golden goal overtime period. The Paladins caught the break they needed before the two minute mark, earning a corner kick and heading it through for the win. First team All-SoCon selection and 2017 Player of the Year Laurence Wyke had the game winner.