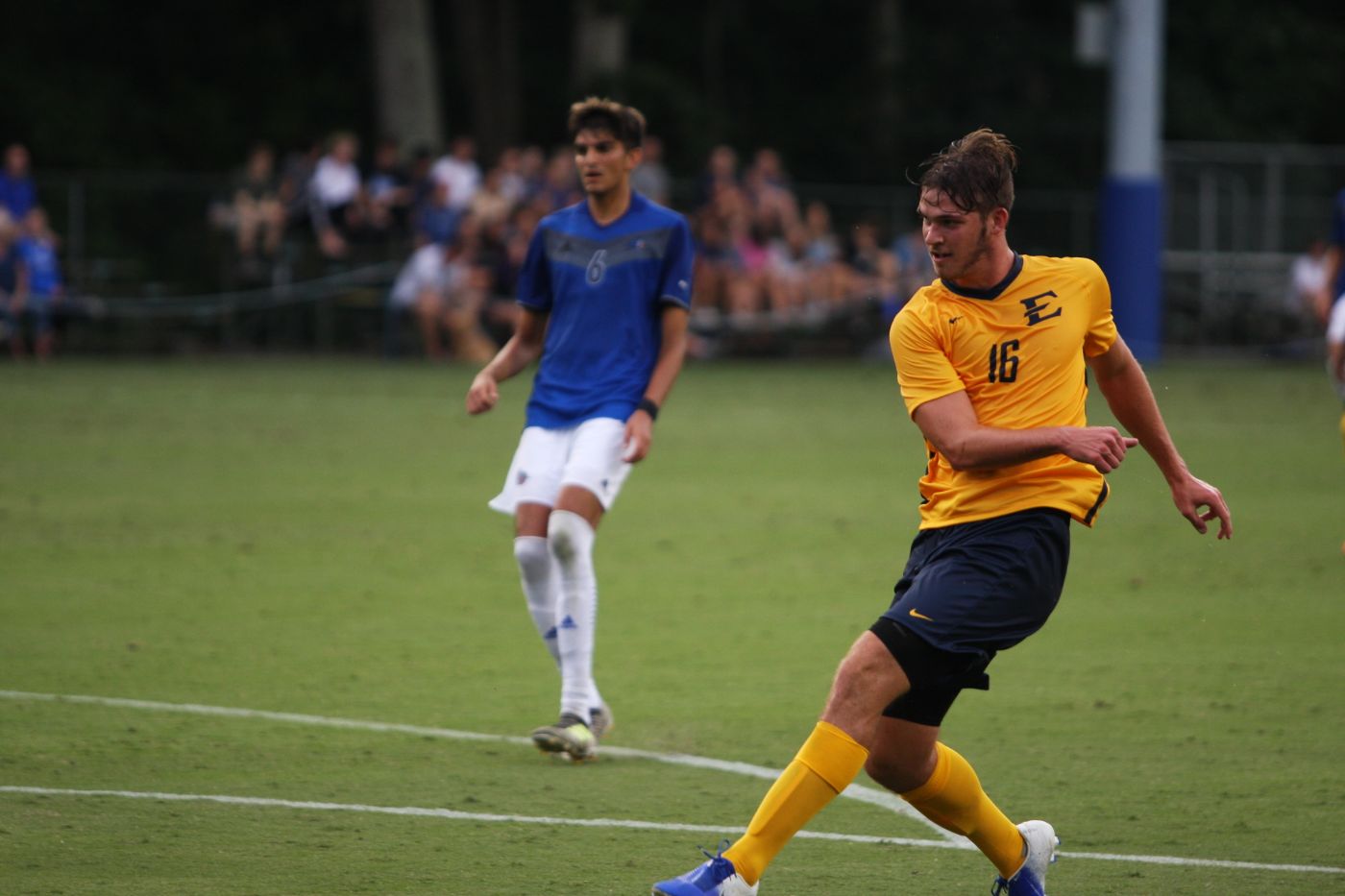 ASHEVILLE, N.C. (Aug. 19, 2019) – In the opening contest of preseason, the Bucs grabbed a 2-0 win Monday night over UNC Asheville behind a Josh Denton goal in the 55th minute.

Both teams worked to grow into the game in the first half, as both sides spent battling in the midfield for possession. Despite a few half chances between the sides, neither team were able to enter the scoresheet as the game stayed at 0-0 after 45 minutes.

The scoring was opened in the second half just 10 minutes into play. Working the ball down the left side, freshman Lucas Lightner cut the ball onto his right foot. The Clarksville native drove a pass to Denton, who pushed it to his right side and curled an effort to the far corner past the keeper to cut into the deadlock.

Only a few minutes later, the Bucs tested the goal and almost doubled their lead through the head of John Lucchesi. The senior bolted a header from a Jordan Broadwater corner before the Bulldogs cleared the danger.

The breakthrough for the second goal came with just seven minutes left in the contest, as Hauk Andreas Fossen won the ball back brilliantly in the attacking third. The freshman played it to Lightner, who rifled a ball across the goal that UNC Asheville struggled to deal with, as a Bulldog defender sliced the clearance into the back of the net to extend the lead to the eventual 2-0 scoreline.

The Bucs host Radford on Saturday at Summers-Taylor Stadium for the final exhibition before the regular season. Kickoff is scheduled for 7 p.m.