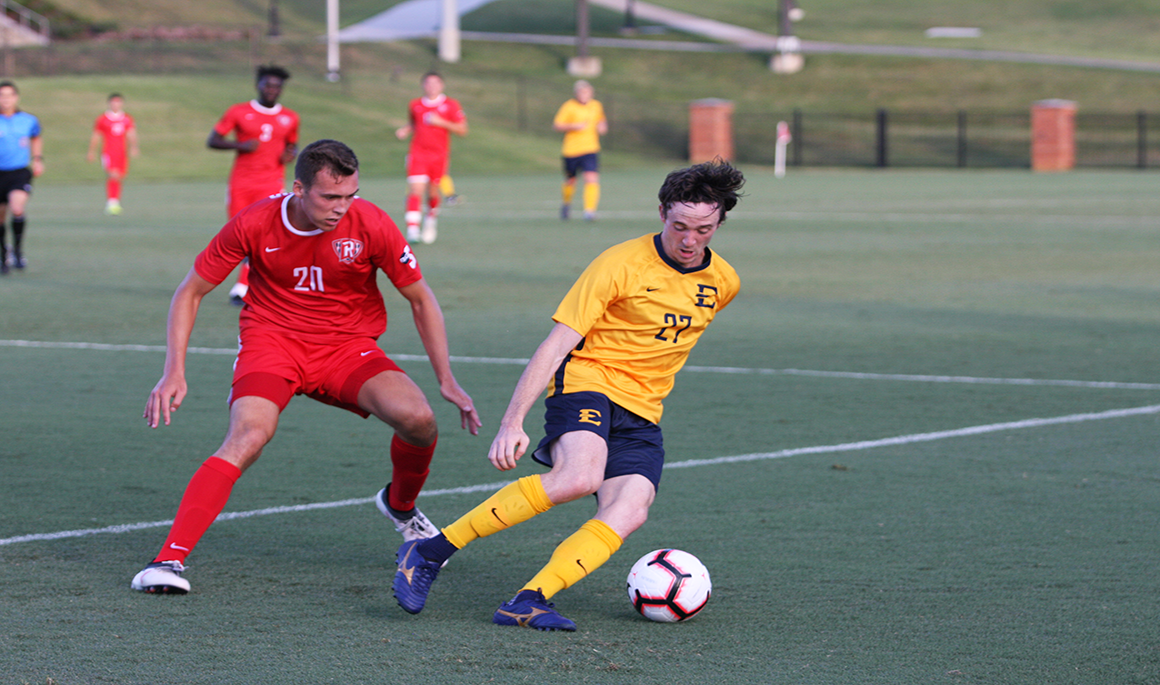 JOHNSON CITY, Tenn. (August 24, 2019) –ETSU men’s soccer concluded their preseason buildup Saturday evening at Summers-Taylor Stadium, playing Radford to a 0-0 draw after 90 minutes. The Bucs rounded out their preseason by not conceding a single goal along with their 2-0 win over Asheville on Monday.

The Bucs looked to establish control of the game early, and were the first of the two teams to grow into the game. Creating minor chances throughout the half, the best chance came through Mathias Aannestad (Tønsberg, Norway) off a header that forced the Radford keeper into a save.

Unable to separate the deadlock, both sides went into the half with a 0-0 score line. The Bucs outshot the Highlanders 7-0 in the first half, including four shots from Luke Parker (Memphis, Tenn.).

In the second half, Radford grew into the game with more possession but were unable to break the solid backline of ETSU. Their solo effort blazed well wide as the Bucs were able to play 180 preseason minutes without conceding a goal.

Jordan Broadwater (Kingsport, Tenn.) almost clinched a game-winner for the Bucs from 25 yards out. The redshirt sophomore picked the ball up and set himself up for a bullet. The Highlander keeper was forced full stretch to his right side as he got just enough on the effort to push it over the post.

The two teams were unable to decide a winner after 90 minutes as the match was whistled dead to force both sides into settling for a draw.

ETSU begins its 2019 season next Friday, traveling to Richmond, Virginia to take on VCU. Kickoff is scheduled for 7 p.m.