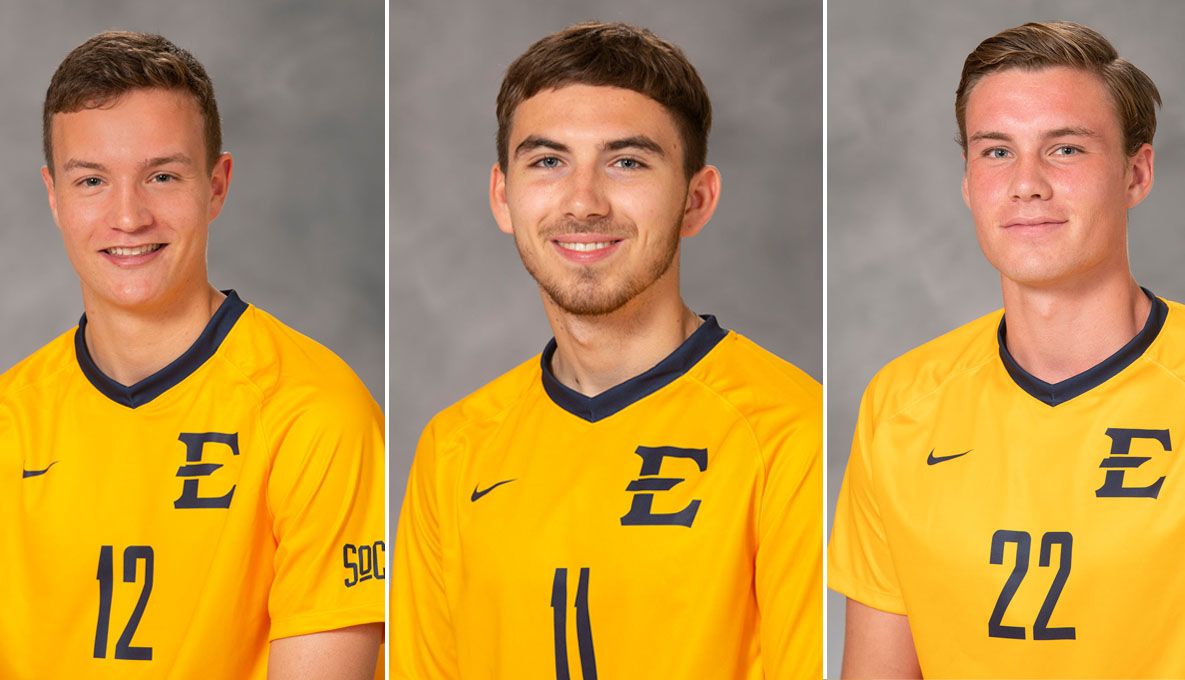 NORFOLK, Va. (September 2, 2019) – In a match that contained a little bit of everything, freshman Hauk Andreas Fossen (Moely, Norway) scored a dramatic winner as ETSU knocked off Old Dominion 3-2 in a double-overtime victory on Monday evening at ODU Soccer Stadium.

The Bucs attacked from the opening whistle, recording six shots on goal in the opening 16 minutes. It would be sophomore goalkeeper Josh Perryman (Sheffield, England) that made the early headlines however, as the Englishman dove to his right to keep out a Monarch penalty in the 20th minute to keep the score deadlocked at zeros.

After regaining control of the first half, the Bucs were unable to muster any opportunities for a goal as the resilient ODU defense remained sturdy throughout the first 45 minutes.

Four minutes into the second half, the Bucs gave away their second penalty of the evening, as Deniz Dogan made no mistake on the effort and put the Monarchs into the lead.

After receiving a positive response from his side, head coach David Casper saw his squad equalize in what turned into an eventful 78th minute. Gilly Miller (London, England) scored in his Buc debut after ETSU won their first penalty of the evening, slotting home into the bottom left corner from 12 yards out.

Only 30 seconds later the Bucs grabbed their first lead of the season with yet another penalty. Kieran Richards (Hamilton, New Zealand) stepped up and sent it the same way as Miller as ETSU turned the game to a 2-1 lead.

The lead lasted less than a minute as a spectacular effort from Dogan left Perryman with no opportunity with a save as ODU levelled the score back up, where it would remain and head into extra time.

As both sides failed to separate themselves in the overtime periods, it seemed as if both would have to settle for a draw in the second match of the season. With little over two minutes remaining, Perryman cleared a goal kick over the backline. Fossen was first to the ball as the newcomer brought the ball down to his feet while holding off a Monarch defender. The Norwegian ripped his shot under the oncoming goalkeeper who couldn’t get enough contact on the ball as it rolled into the back of the net to seal a Buccaneer victory.

ETSU outshot 25-10 on the contest, forcing the Monarch goalie into eight saves. The Bucs held an 11-5 advantage on corner kicks as both teams combined for 31 fouls. Perryman finished with three saves while all three goals were scored by Buc freshmen.

The Bucs start their home schedule off in their next match, taking on Lipscomb on Saturday, September 7th with a 3 p.m. kickoff.