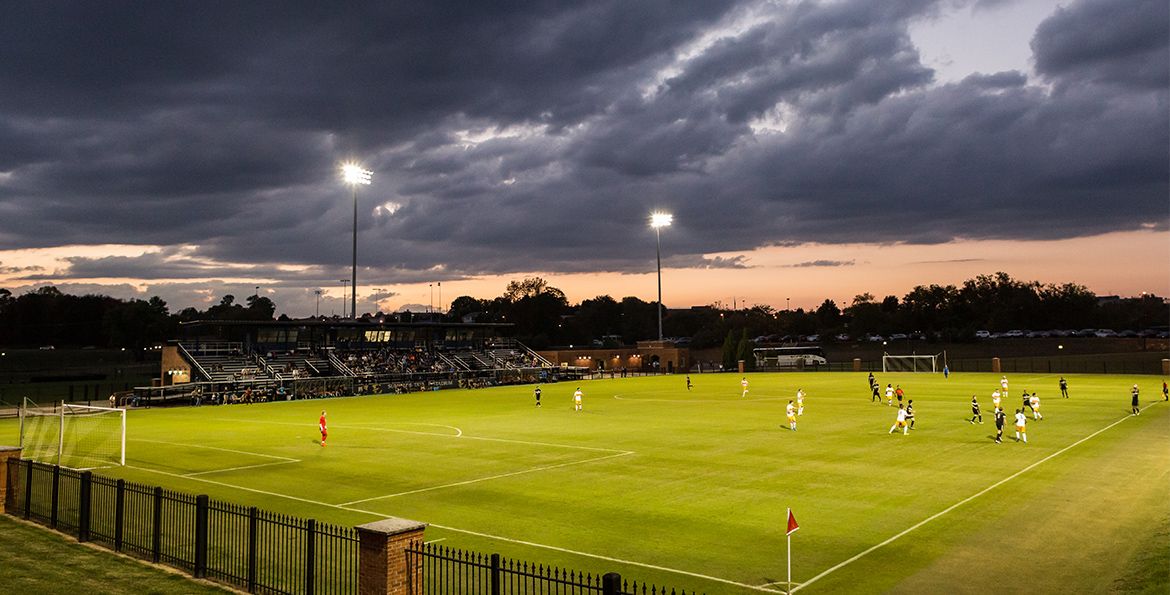 JOHNSON CITY, Tenn. (Sept. 6, 2019) – ETSU men’s soccer gets their home campaign underway on Saturday afternoon as Summers-Taylor Stadium and the Bucs hosts the Lipscomb Bisons in a nonconference matchup beginning at 3 p.m.

ETSU scraped and clawed their way to a narrow 3-2 victory over Old Dominion on Monday, receiving a goal within the last two minutes of the second overtime from freshman Hauk Andreas Fossen (Moely, Norway) to overwrite their opening 1-0 defeat to VCU. The Bucs outshot the Monarchs 25-10 in the contest, as both sides were awarded two penalties apiece in the dramatic affair.

Live stats will be provided throughout the game. To follow along visit the link below.

An assortment of riches provides depth along the backline for head coach David Casper,  who has played five defenders for 100+ minutes in the opening two games. Austin Bihlmeyer (Knoxville, Tenn.), John Lucchesi (Johnson City, Tenn.) and Josh Perryman (Sheffield, England) have all played every minute in the defense and in goal, while Joe Pickering (East Sussex), Merveil Bilomba (Tours, France) and Philip Hildebrandt (Charlottenlund, Denmark) have all seen a majority of the action early on. Perryman came off a performance in which he saved an early penalty from Old Dominion to help set up a dramatic finish in Monday’s contest.

Incoming transfer Josh Salinas (Stafford, Va.) and freshmen Bradley Empson (London, England) and Kieran Richards (Hamilton, New Zealand) joined returner Luke Howson (Sheffield, England) in the middle of the pitch to start in the opening two games. The midfield has helped establish a 34-24 advantage in shots and scored two of the three goals on the season, in forms of penalties. Jeremiah Edouard (Pompano Beach, Fla.), Gilly Miller (London, England), Simon Chretien (Christchurch, New Zealand) and Jordan Broadwater (Kingsport, Tenn.) all provided depth amongst the midfield throughout the first weekend of the season.

Leading the attack in its early stages has been Luke Parker (Memphis, Tenn.) and Mathias Aannestad (Tønsberg, Norway). Both Fossen and Josh Denton (Knoxville, Tenn.) split duties up front over the course of the first 200 minutes of the season which included Fossen’s game winner with minimal time on the clock.

Returning from back-to-back ASUN titles, the Bisons are again tabbed to end the season on top of the conference. Lipscomb placed four members on the ASUN Preseason All-Conference team, tying Florida Gulf Coast with selections.

Despite their tabbed success, the Bisons travelled to the midwest to take on a pair of strong teams in SMU and Tulsa, coming home from their trip with an 0-2 record to show.

Senior Austin Eager and sophomore Noah Gulden return from ASUN First Team All-Conference selections after spearheading the Bisons defense in 2019. Joining them in the attack is John Wynia, who leads all returners on the Lipscomb squad with five assists and nine points in last season’s campaign. Ben Locke is the last of the squad to receive preseason awards, as the redshirt player can play in a host of positions, working his craft primarily in the midfield and defense

The Bucs hold a favorable advantage over their Tennessean counterparts, edging them to a 7-2-1 overall record in a series history that dates back to 2008. ETSU holds a current three-game win streak and five-game unbeaten run, including a 3-1 victory in Nashville a season ago. Seven of the 10 contests between the two sides have been decided by one goal or a draw.