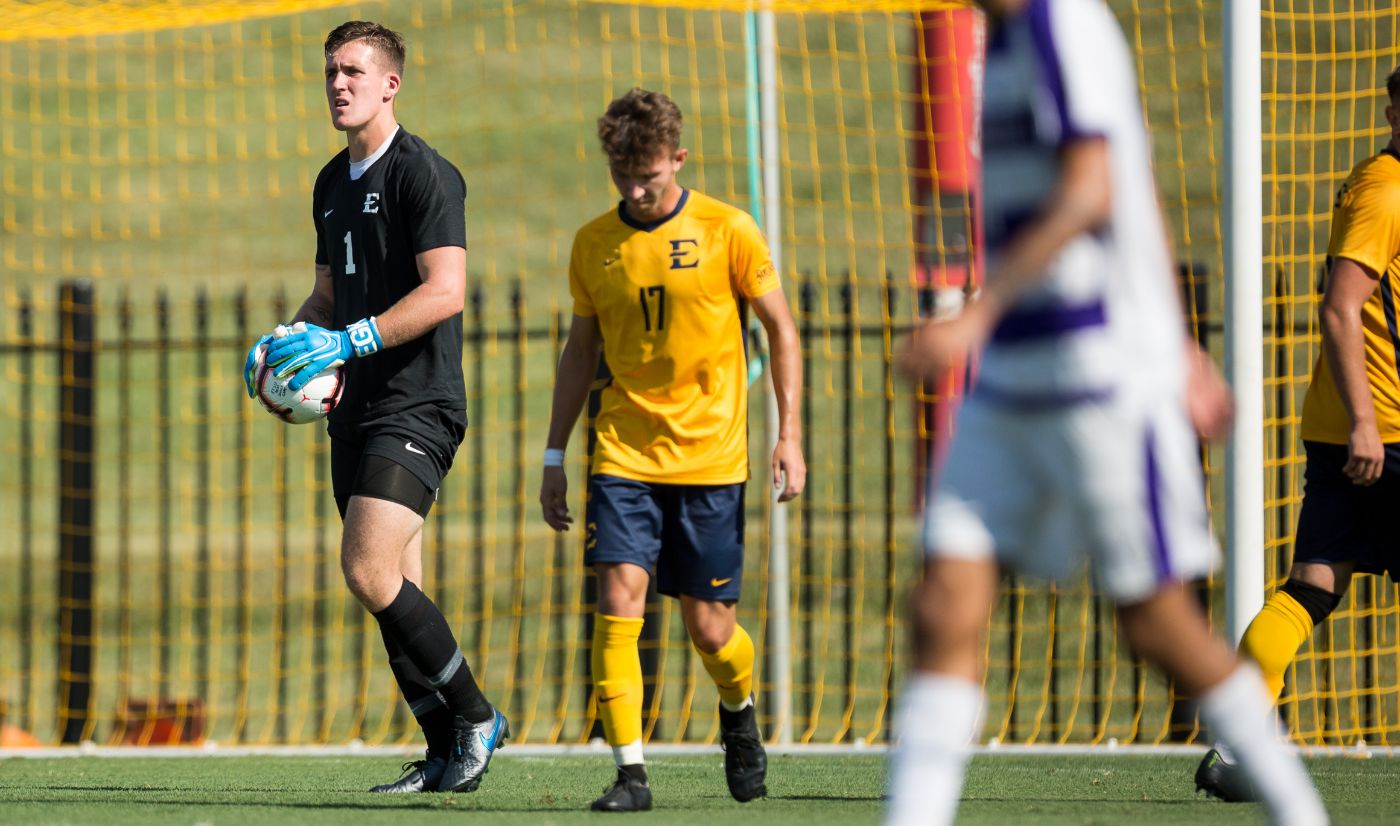 JOHNSON CITY, Tenn. (Sept. 7, 2019) – ETSU couldn’t get out of first gear in Saturday afternoon’s matchup as Lipscomb powered their way to a 3-0 victory in the first contest of the season at Summers-Taylor Stadium.

The Bisons came out strong, enjoying a lot of their time in the Buc half of the field while creating chances. After 25 minutes, a nice piece of interchange between Lipscomb attackers resulted in Ryan Dougherty to run through on goal and slide his shot past an onrushing Josh Perryman (Sheffield, England).

Lipscomb doubled their advantage 11 minutes later, earning a penalty from what was deemed sufficient contact in the box for a trip to the penalty spot. Ben Locke made no mistake from the mark, neatly slotting into the back of the net to double the tally.

The Bisons outshot the Bucs 12-2 in the first half, though the Bucs almost entered the scoreboard deep into the first half from the foot of Gilly Miller (London, England), whose shot was well saved by the Bisons keeper.

Lipscomb again added to their advantage just over six minutes into the second half. Noah Gulden raced through as the first man to a Bisons corner and headed into the back of the net to all but seal the victory.

Miller again was denied late in the second half as he was brought down just outside the box after a run from midfield. The freshman stepped up to take the free kick, striking it to the top left corner. The Lipscomb keeper again met the task, forcing his save onto the crossbar and keeping his clean sheet intact.

Lipscomb outshot ETSU 17-4 on the afternoon, forcing five saves out of Perryman. Luke Parker (Memphis, Tenn.) and Miller each tallied two shots in the loss.

ETSU looks to bounce back on Tuesday, taking on Marshall in a 7 p.m. kickoff.