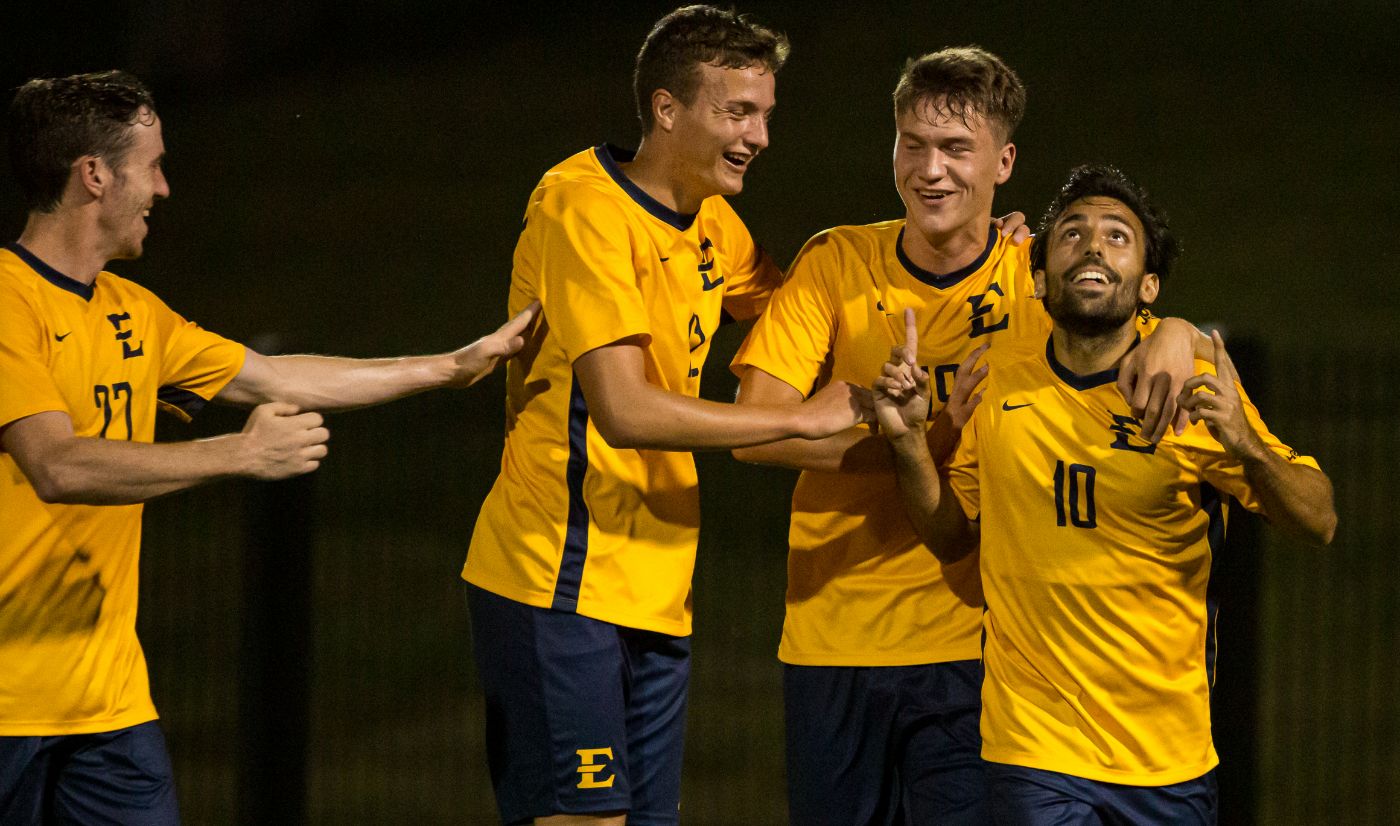 Bucs Use Second Half Barrage to Blow Past Presbyterian, 3-0
Presbyterian at ETSU | September 17, 2019
Related Links

JOHNSON CITY, Tenn. (Sept. 17, 2019) – The ETSU men’s soccer team piled on three goals from three different scorers in the second half to cruise past Presbyterian Tuesday evening at Summers-Taylor Stadium to move to 2-3 on the season.

Despite looking the side more likely to open the scoring in the first half, the Bucs were unable to take advantage of their 8-3 tally in shots in the first half. The Bucs forced Blue Hose goalkeeper Valentin Kliebe into two saves, while two Presbyterian defenders grabbed a team save to deny the Bucs a goal going into half.

Continuing the pressure on the other side of the break, ETSU was finally rewarded just 13 minutes into the second half. After winning possession back, Bradley Empson (London, England) played the ball to Kieran Richards (Hamilton, New Zealand). The freshman opened the score on his second goal of the year, driving his shot into the bottom left corner to put ETSU ahead.

Richards got into the action from the playmaking side of the ball just moments later, feeding a pass beyond the Presbyterian defense into fellow freshman Mathias Aannestad (Tonsberg, Norway). Aannestad met an onrushing goalkeeper, but kept veteran composure as the rookie slid his effort past the sliding Kliebe to double the Buccaneer advantage in the 65th minute.

Trying to find a way back into the game, the Blue Hose received a penalty only moments later. Luca Ziegler stepped up to take the spot kick for the host and rippled his effort on frame. Josh Perryman (Sheffield, England) answered the call, diving to his right to make an outstretched save to parry the ball back into play. The sophomore keeper rose to his feet quickly as he once again was forced into action, getting a strong hand to the second effort to push the ball out of danger.

In a season debut, Bruno Andrade (Sao Paolo, Brazil) all but finished the game off in the 70th minute. Recovering from an offseason surgery, the Brazilian showed a bit of magic down the right hand side as the two time All-SoCon First Teamer skilled his way past Blue Hose defenders before being brought down in the box. The senior stepped up to the spot, making no mistake as he sent the keeper the wrong way to score his first goal of the year as the Bucs would coast in the last 20 minutes to hold on to a 3-0 victory and a clean sheet.

The Bucs outshot the Blue Hose 19-8 on the evening, putting 10 of their 19 shots on frame. Both sides had seven corners on the evening. Perryman had four saves en route to a clean sheet. Nine different Bucs registered a shot.

ETSU returns to action on Saturday, September 21 as they visit High Point, slated for a 7 p.m. kickoff.

Bruno Andrade’s goal was the first of the season that was not scored by a freshman.