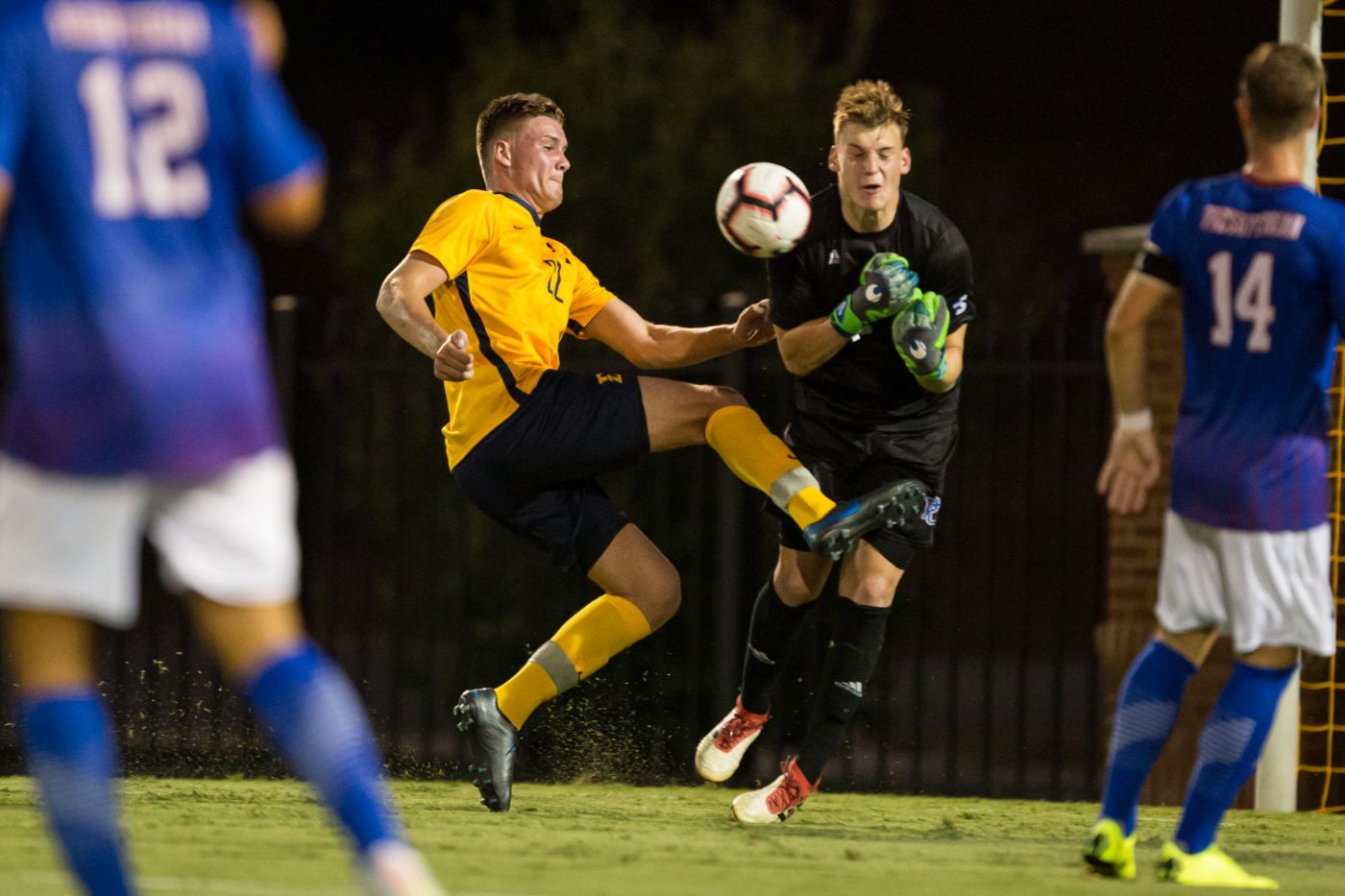 HIGH POINT, N.C. (Sept. 21, 2019) – The ETSU men’s soccer team recorded their second clean sheet and win in as many games, collecting two first-half goals from Hauk Andreas Fossen (Moely, Norway) on their way to a 2-0 win over High Point on Saturday evening. With the win, the Bucs move to 3-3 on the year.

Just five minutes into the game, the Bucs found their way into the back of the net for the first time this season in the opening half. With a high arching ball looping into the box, Fossen did well to bully his defender off the ball. The freshman lashed onto a shot as the High Point keeper did well to match his effort before the rebound bounced off Fossen and the defender and bundled into the back of the goal, giving the Blue and Gold the early lead.

The Bucs almost doubled their lead just over 10 minutes into the game through a great spell of possession. Quick interchange throughout the midfield sent Fossen in on goal, who set up a layoff pass to freshman Bradley Empson (London, England). Empson picked out his shot, trying to place his effort into the top corner and forcing Panther goalkeeper Keegan Meyer into a full stretched save.

The goal to double ETSU’s advantage would come in the 21st minute. After drawing a foul, Kieran Richards (Hamilton, New Zealand) grabbed his second assist of the season. The freshman sent in a cross towards Fossen, as the big man out-leapt everyone and nodded his effort low and in the opposite corner for his brace.

Set pieces provided the Bucs with opportunities throughout the half, as 30 minutes in Merveil Bilomba (Tours, France) was the latest Buc to be denied a goal scoring chance. Empson’s corner kick found its way to the senior’s head just inside the 18 yard box, directing it to the far corner before Meyer and a Panther defender cleared the danger to keep the score at 2-0.

The Bucs would take their lead into halftime, outshooting the Panthers in shots on goal 6-2. Both teams had two corners, while Meyer finished with four saves after 45 minutes compared to Josh Perryman’s (Sheffield, England) two for ETSU.

Throughout the second half, the Bucs defense remained in control, throwing themselves at loose balls and Panther attempts on goal to help preserve the clean sheet. Despite some positive attacking play, the Bucs lacked the final ball to extend their lead as ETSU would earn their second win in as many games, outscoring opponents 5-0 in the last two matches.

ETSU was outshot on the contest 17-13, however the Bucs were able to get better quality for their chances, edging the Panthers 8-4 in shots on target. Perryman finished with four saves on the night while Fossen led the Buc attack with four shots on goal and two goals, collecting his third and fourth goals of the season.

ETSU returns to action on Saturday, September 28 as they host Georgia State, slated for a 7 p.m. kickoff at Summers-Taylor Stadium.