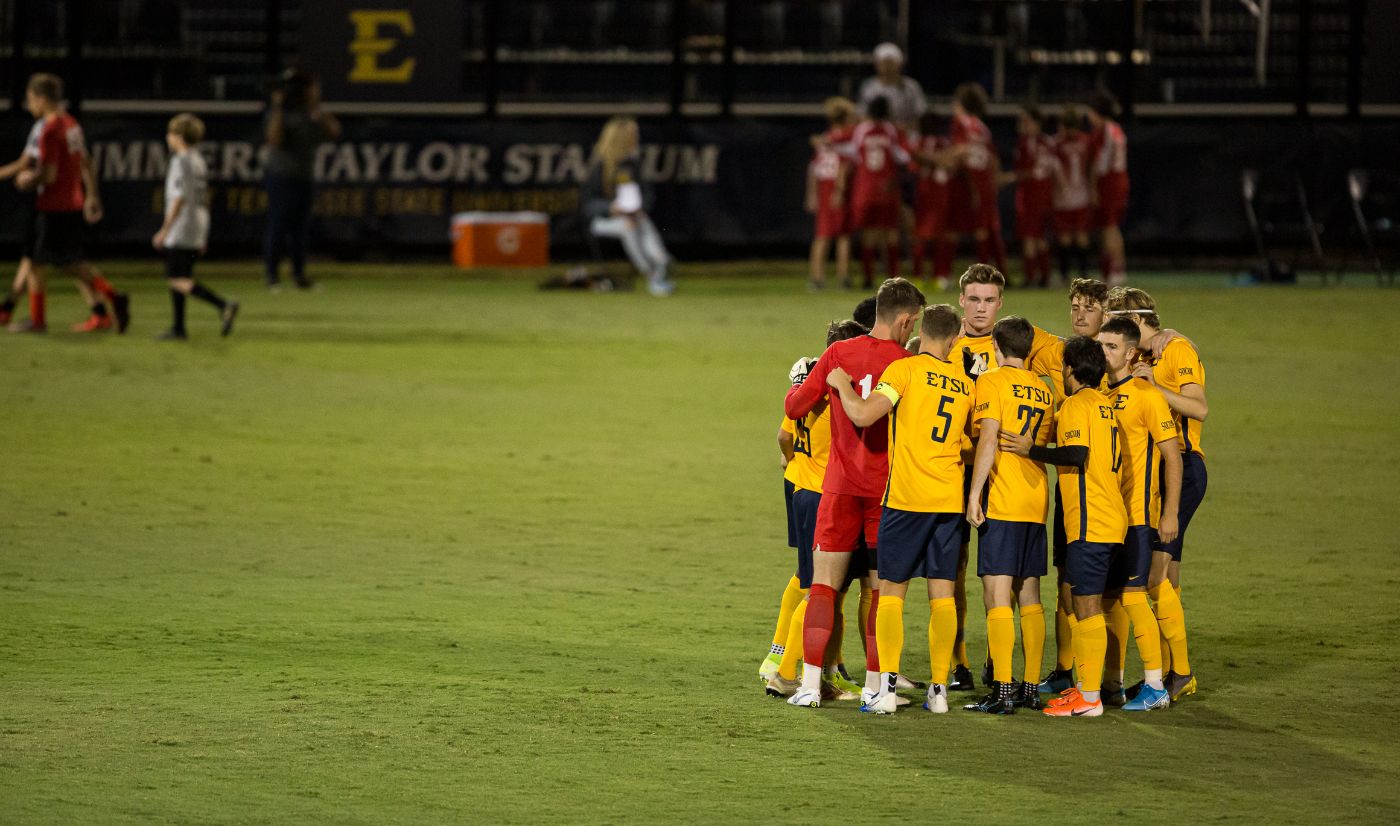 JOHNSON CITY, Tenn. (Oct. 5, 2019) – For the first time this season, ETSU men’s soccer team found themselves on the field with a ranked opponent. A goal in the 54th minute by the No. 19 Kentucky Wildcats proved to be difference maker in ETSU’s 1-0 setback.

Both defenses proved strong in the first half of the match with the teams combining for seven shots and two corner kicks through the first 45 minutes of action. The Wildcats had the only two shots on goal between the two sides, but Josh Perryman (Sheffield, England) stopped both groundballs in front of the six-yard box.

The Wildcats struck first in the second half in the 54th minute with a strike from just inside the box from Brock Lindow into the top right corner of the net. After Kentucky took advantage, ETSU had its first shot on goal, a strike from Luke Howson from inside the box, but Kentucky’s keeper made the save.

The Blue and Gold found themselves with opportunities in the final five minutes of the match, but were unable to convert on two corner kicks pushed out by the Kentucky keeper.

The second half controlled by both defenses just like the first.  The Bucs held the advantage in the second 45 with five shots compared to the Wildcats’ three. The two squads combined for 22 fouls and 10 corners.

“I’m really proud of the guys, we fought hard and we’re a good team,” said Head Coach David Casper. “I feel good about our team, we just need to learn from this and keep going.”