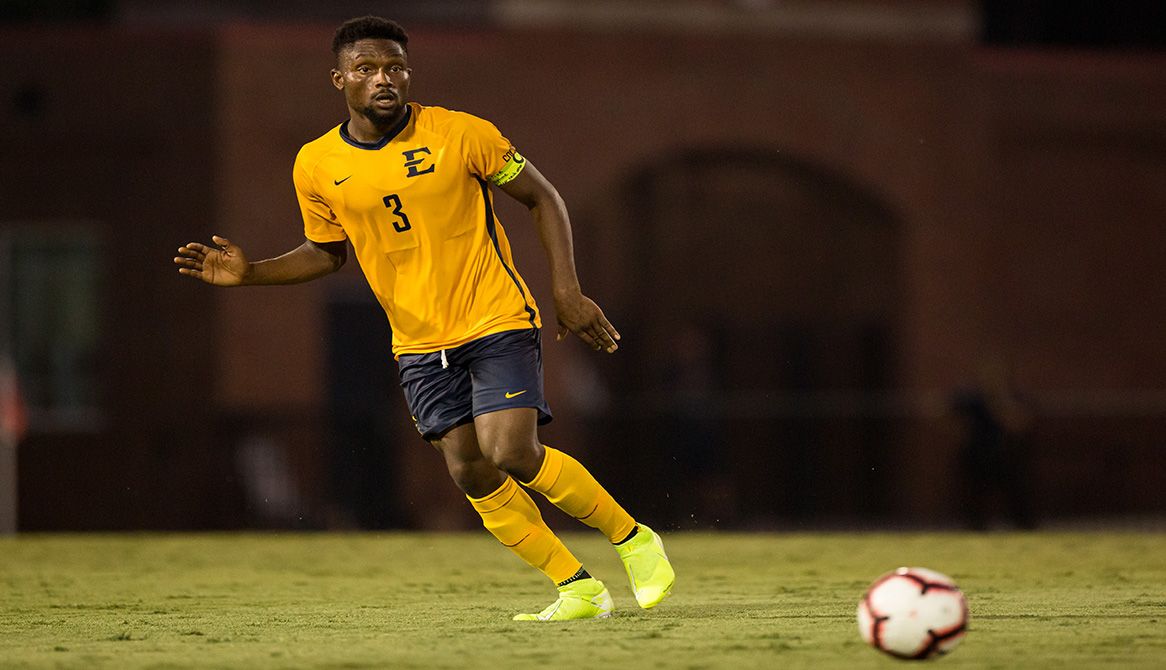 RALEIGH, N.C. (Sept. 7, 2019) – The ETSU men’s soccer team heads on the road for the penultimate non-conference game of the season, taking on hosts and #16 NC State on Tuesday evening. The matchup will be the second consecutive against a ranked team, after the Bucs hosted #19 (now #15) Kentucky last Saturday evening.

The Bucs grinded out a 90 minute performance against #19 Kentucky in the rain last Saturday, the Wildcats coming out the end of the match with a narrow 1-0 performance over David Casper’s side. The Wildcats held an 8-7 advantage on shots, forcing three saves out of Josh Perryman (Sheffield, England).

The matchup with the Wolfpack will be broadcasted on ACC Network Extra. Live stats will be provided to follow along to the minute during the contest.

The Bucs have used seven different players to help solidify the defense. Freshman Philip Hildebrandt (Charlottenlund, Denmark) has held down the right back position while Merveil Bilomba (Tours, France) moved inside to cover for senior captain John Lucchesi (Johnson City, Tenn.) who has returned from an injury suffered against Lipscomb. Joe Pickering (East Sussex, England) and Austin Bihlmeyer (Knoxville, Tenn.) have provided consistency along the left side of the defense. Glenn Holmes (Kildare, Ireland) and Cameron Carroll (Clarksville, Tenn.) provide depth and cover amongst the back four.

Norwegian strike partners and Mathias Aannestad (Tønsberg, Norway) and Hauk Andreas Fossen (Moely, Norway) have helped operate in the forward position early on, scoring five goals between the pair of them. Josh Denton (Knoxville, Tenn.) has provided cover in the early stages while Parker has also been deployed up front in a two-striker system, while freshman Lucas Lightner (Clarksville, Tenn.) has recovered from a preseason injury, slowly being entered into the team.

The Wolfpack have cruised to a strong start to their season, opening with a 6-2-1 record on their 2019 campaign. The ACC side (3-1-0 in conference play) knocked off #17 Louisville and Notre Dame in their last two matches, losing their only ACC game against #5 Virginia by a 2-0 margin.

NC State scores an average of 1.44 goals per game, netting 13 chances in nine games this season. The Wolfpack are led in scoring by sophomore Kuda Muskwe, grabbing three goals and an assist as he is tied in the lead with points (7). Tyler Gabarra and Jamie Smith are the creative minds in the Wolfpack offense, the two recording four and three assists respectively. Smith has also scored two goals to add to his three assists, also grabbing seven points on the season.

The NC State defense has been scintillating, averaging only .78 goals per game while recording three shutouts on the year and just 22 shots on goal. Vinnie Durand has been called upon in net for eight of the nine contests this season, recording 12 saves and allowing just six goals in 682 minutes of action.

The two sides meet for the first matchup in the history of the two programs when the sides meet in Raleigh.