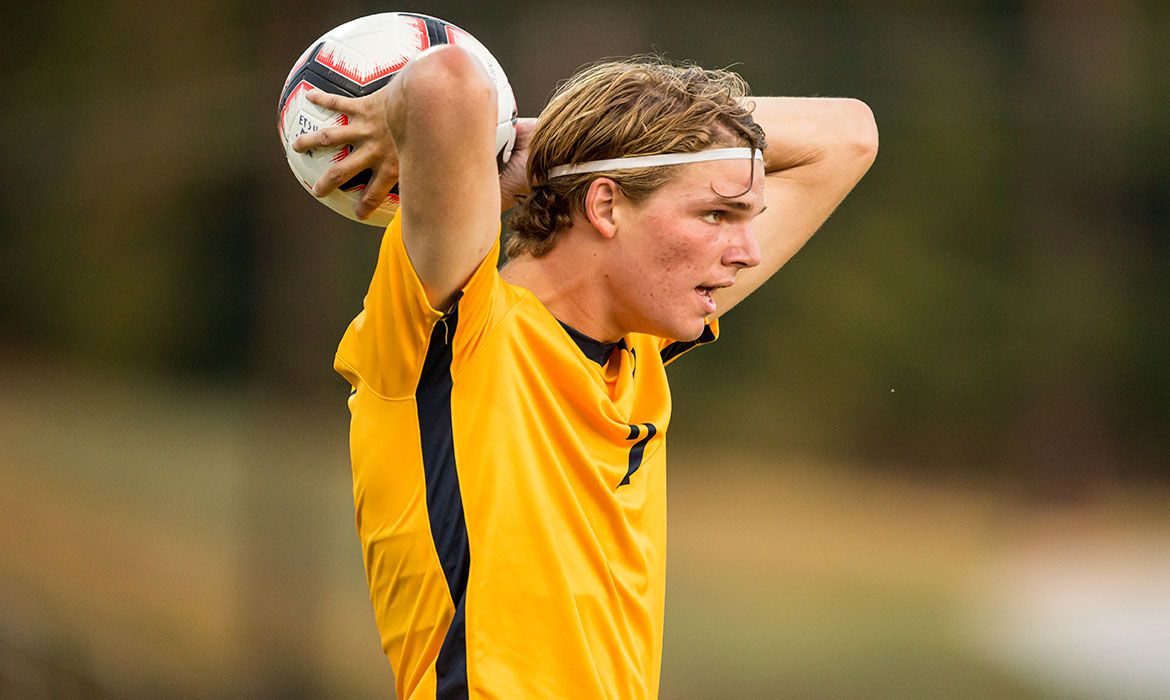 As the two sides began their conference seasons, both teams were unwilling to concede anything defensively, the first half of the opening 45 minutes spent in the midfield with physical play and only half chances able to be created.

As the game grew on, the Furman offense grew into the game, testing the Buccaneer net over the course of the half as Josh Perryman (Sheffield, England) recorded four saves to keep the Paladins out of his net.

Perryman’s clean sheet lasted until the 44th minute as the hosts broke through for an opener. Cole McLagan played a ball in for Shaun-Chris Joash, who clipped his attempt along the ground as it found its way to the right side netting.

Furman ended the half with an 8-3 advantage in shots, including a 5-1 tally in shots on goal. The Paladins created three corner chances while 13 combined fouls were called between the sides.

After holding off an initial Paladin surge, the Bucs looked to grow into the game as the second half went on. Merveil Bilomba (Tours, France) missed wide on a headed effort just under an hour into the contest before Gilly Miller (London, England) forced Paladin keeper Max Fisher into a save at the 71 minute mark as the freshman was unable to get to the follow up effort in the Bucs best chance of the game.

ETSU increased their pressure over the last 10 minutes again, as Miller again looked to get a shot off goal in the 81st. The Paladin defense matched the effort, flying in to block Miller’s attempt. Bilomba almost netted an opportunity again in the 87th minute but Fisher equaled the shot to record his third save.

Furman did enough as the Buccaneer offense sputtered for the third straight game, losing their third straight game by a 1-0 margin. The Paladins outshot the Bucs by an 11-9 advantage. Miller led the Bucs with three shots while Perryman recorded six saves in the loss.

The Bucs wrap up their non-conference schedule the next time they are in action, taking on Davidson on the road in a 7 p.m. matchup on Tuesday.