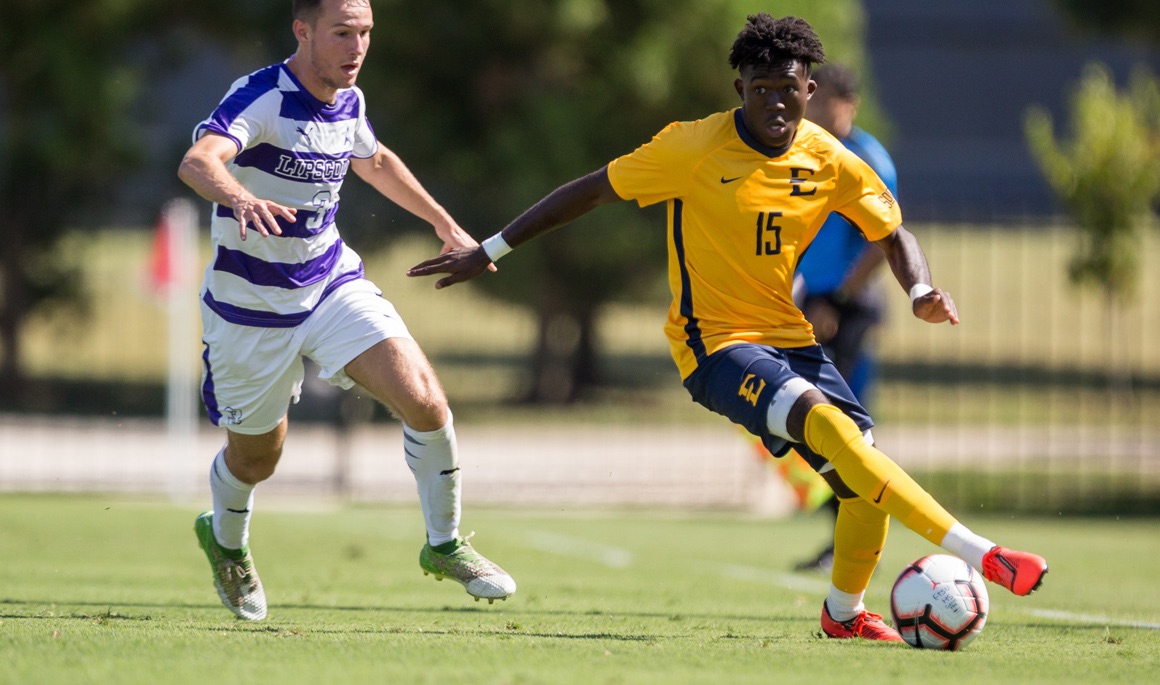 ETSU, who out-shot the Keydets 21-5, grabbed the lead when Fossen headed in a corner kick from Empson for his team-leading sixth goal in the 16th minute. The Bucs added to their lead 20 minutes later as Richards found the back of the net on a crossing pass from Salinas for his fourth goal of the year.

The Blue and Gold registered 12 of their shots in the opening 45 minutes, along with adding seven of their 10 corner kicks in the first half.

Edouard put the icing on the cake early in the second half when Hildebrandt found the freshman midfielder for his first collegiate goal to extend ETSU’s lead to 3-0 in the 53rd minute. Edouard’s shot went to the lower right corner of the goal from just outside the box.

Thanks to his strong defensive line, Perryman was only tested twice on Saturday. The Keydets put a shot on goal in the ninth minute and then again in the 78th. With his fifth career shutout, Perryman passed James Holt (2008-11) for the fifth-most in Buccaneer history.

Richards led the Bucs with seven shots on Saturday, while three of Edouard's four shots were on goal.