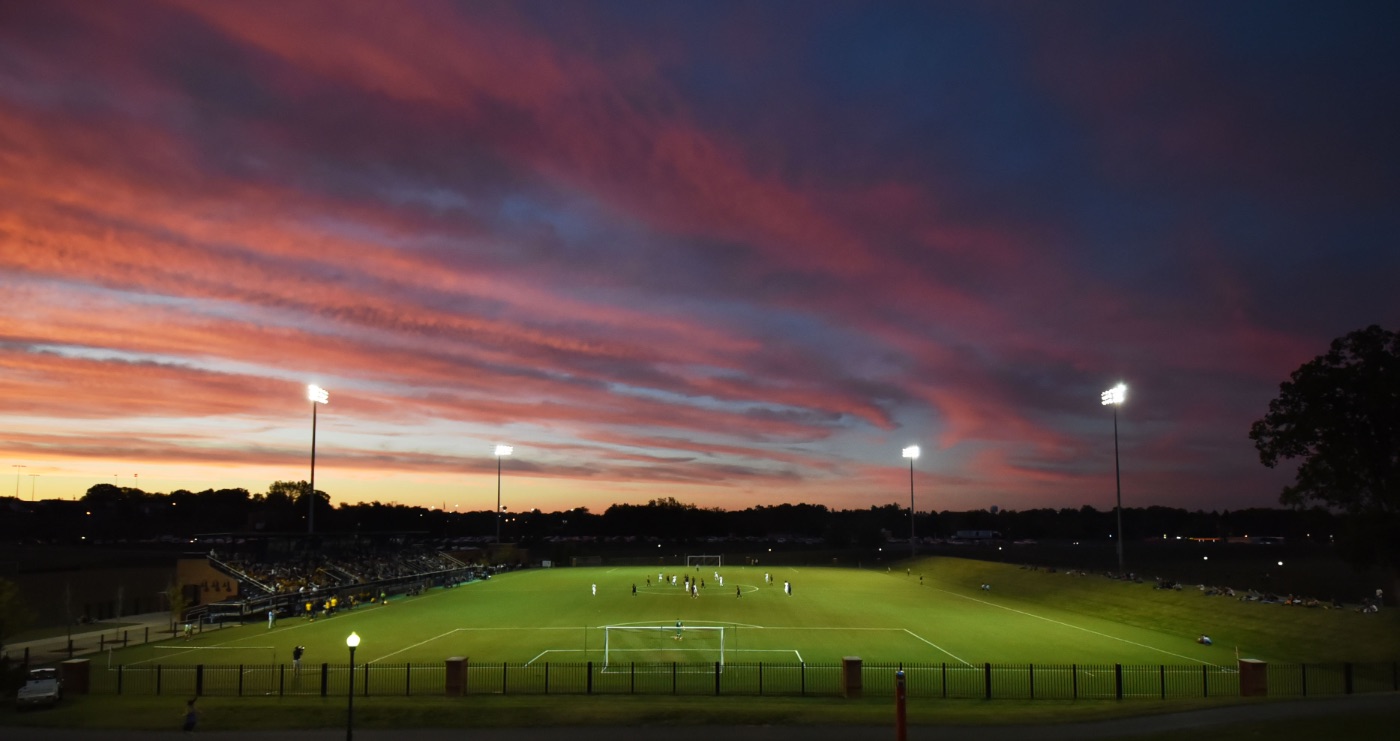 Bucs to Honor Seniors in Home Match Against Wofford
Wofford at ETSU | November 02, 2019

JOHNSON CITY, Tenn. (Nov. 1, 2019) – In the final game of the 2019 regular season, the ETSU men’s soccer team looks to secure a third place seed in the Southern Conference tournament on Saturday when taking on Wofford. The homecoming weekend will also see an opportunity to honor the seniors who will be playing their final contest at Summers-Taylor Stadium.

The Bucs grinded out a result on the road in their midweek matchup, knocking off Belmont in double overtime in a 1-0 contest to put themselves in a position to control their own destiny when heading into the final match of the season. Freshman Dominic Foster (London, England) made his debut in replace of Joe Pickering (East Sussex, England) and helped the Buccaneer defense pitch yet another clean sheet. The Englishman also made his presence known offensively, heading a Bradley Empson (London, England) corner kick into the back of the net with just four minutes left in the contest to finish a dream debut off in dramatic fashion.

Live stats will be provided to follow along to the minute during the contest. Keep up-to-date with our social media to check on a live video link.

The Bucs sit in fifth in the conference in goals scored with 20. 18 of the 20 goals have come from freshmen, as Hauk Andreas Fossen (Moelv, Norway) leads the team with seven goals, surpassing the all-time freshman school record for goals in a season with his mark against Davidson. Rookie counterpart Kieran Richards (Hamilton, New Zealand) joins Fossen in breaking the school record, and is second on the team in points, adding two assists to his five goals on the year. Fossen’s three game streak with a goal ended on Tuesday as the big man failed to find the back of the net for the first time in more than two weeks.

Simon Chretian (Christchurch, New Zealand) and Bradley Empson (London, England) have been integral in the connection between the defense in the attack over the course of the season, Empson also leading the team in assists with five through his set piece taking role. Gilly Miller (London, England) and Richards have provided creativity from the attacking midfield role, combining for seven goals and three assists between the two. Jeremiah Edouard (Pompano Beach, Fla.) grabbed his first goal of his collegiate career in the 3-0 win against VMI.

Despite an injury-plagued defense, including two center backs picking up knocks on Tuesday, the Bucs have shown strength in depth as they lead the Southern Conference in a variety of defensive statistics. The Bucs sit on top with UNCG with five shutouts recorded by each of them. The Bucs have begun separating themselves as the leaders in goals allowed (16) and goals allowed average (0.95). Leading the way for the Bucs defense, captain Merveil Bilomba (Tours, France) has started in 15 matches this year, sitting out in the last match with a slight knock. Austin Bihlmeyer (Knoxville, Tenn.) has been a consistent presence on the left side of defense, while both Joe Pickering (East Sussex) and John Lucchesi (Johnson City, Tenn.) have fought off injuries through portions of the season. Freshmen Phillip Hildebrandt (Charlottenlund, Denmark) leads the outfield player in minutes played in his right back role, while rookie counterpart Cameron Carroll (Clarksville, Tenn.) have provided depth along the wide defensive roles.

Earning a SoCon Defensive Player of the Week nod earlier in the year, Josh Perryman (Sheffield, England) has been nearly an ever present in the Buccaneer goal, playing all but 94 minutes of the season so far. Perryman ranks second in the SoCon in saves with 55 while holding a .59 advantage on the next closest keeper in save percentage with a .786. Fossen joined Perryman to sweep the conference awards with the SoCon Offensive Player of the Week with his brace against High Point, while Pickering and Bilomba also received SoCon DPOTW honors this season.

The Terriers enter the midweek matchup fourth in the SoCon standings, tallying a 2-2-1 conference record. On the season, Belmont holds a 4-11-1 record and can reach as high as third in the final SoCon standings with a win over the Bucs on Saturday.

In 16 games, the Bruins have scored 23 goals, ranking fourth in the conference. Belmont has provided 14 assists to their 23 goals while creating 61 corner opportunities. The Bruin defense has allowed the second most goals in the league, conceding nearly two goals a game at 31.

Adrian Roseth enters the match for the Terriers as the lead man in the conference in shots, taking 49 shots on the year. With the quantity of shots, Roseth has grabbed sixth goals on the year and sits in a tie for 5th. Sam Ross ranks in a tie for third in assists, collecting six dimes on the year.

Grant Wollam and Shane Berson have been the majority shareholders in net on the season, with the latter having 10 starts on the year. Berson has allowed 18 goals, sitting sixth in the conference in saves with 34 on the year.

The course of the series has been one that has favored the Bucs, who hold an 8-3-2 record in the matchup. The Bucs have won the last four against the Terriers, while having yet to lose a match to Wofford in the comforts of Summers-Taylor.