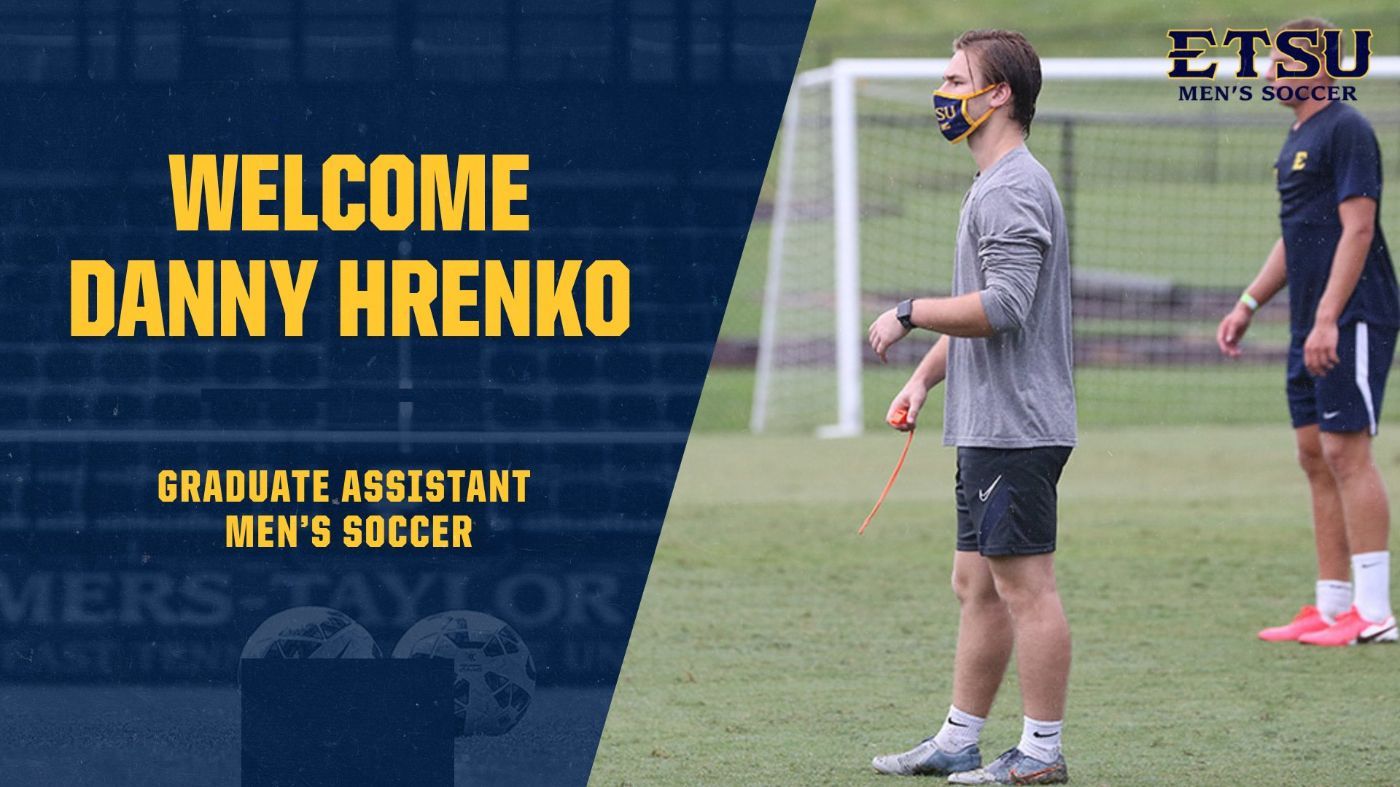 Hrenko makes the natural transition of collegiate goalkeeper to training and mentoring the Buccaneer goalkeepers, as well as assisting with training sessions and matchday preparation.

“I am very excited to add Danny to the staff.  He has had a good career at Lee, and is eager to start his coaching career.  He will bring a lot of energy to the group and I think he will be a great link to the players for us.  I look forward to helping him develop as a coach, and to see how he will work with the team.”

Hrenko comes to ETSU after finishing a four-year career as a goalkeeper for the Lee University men’s soccer team. As a captain of one of the most successful stints in the history of the Flames, Hrenko helped Lee to a GSC Championship while obtaining All-Conference honors. Danny helped the Flames make their first NCAA Tournament appearance in school history, keeping a 11-4-5 record with nine shutouts. Hrenko set a career best with a .79 goals allowed average while also recording 59 saves with a .776 save percentage.

As a junior, Daniel helped his side to 9-7-3 record as a starter while recording six shutouts over the course of the season. Allowing only .98 goals per game, Hrenko produced 70 saves while recording a .787 save percentage and eaning an All-Region nod.

“First off, I would like to thank David Casper and Josh Scott for allowing me to be a part of this great program. I was attracted to join the school and coaching staff from the first conversations I had with Casper. He has a clear vision of what he wants the team to achieve and what he expects out of me. As for Scott, he has made my transition into this position very smooth. I’m very excited to be joining them and the team to be a part of ETSU Men’s Soccer.”

Hrenko, a native of Tampa, Fla., graduated from Lee with a Bachelor of Science in business administration with a focus in marketing management. He slots into the graduate assistant role at ETSU, where he will be pursuing a Master of Science in sports management.