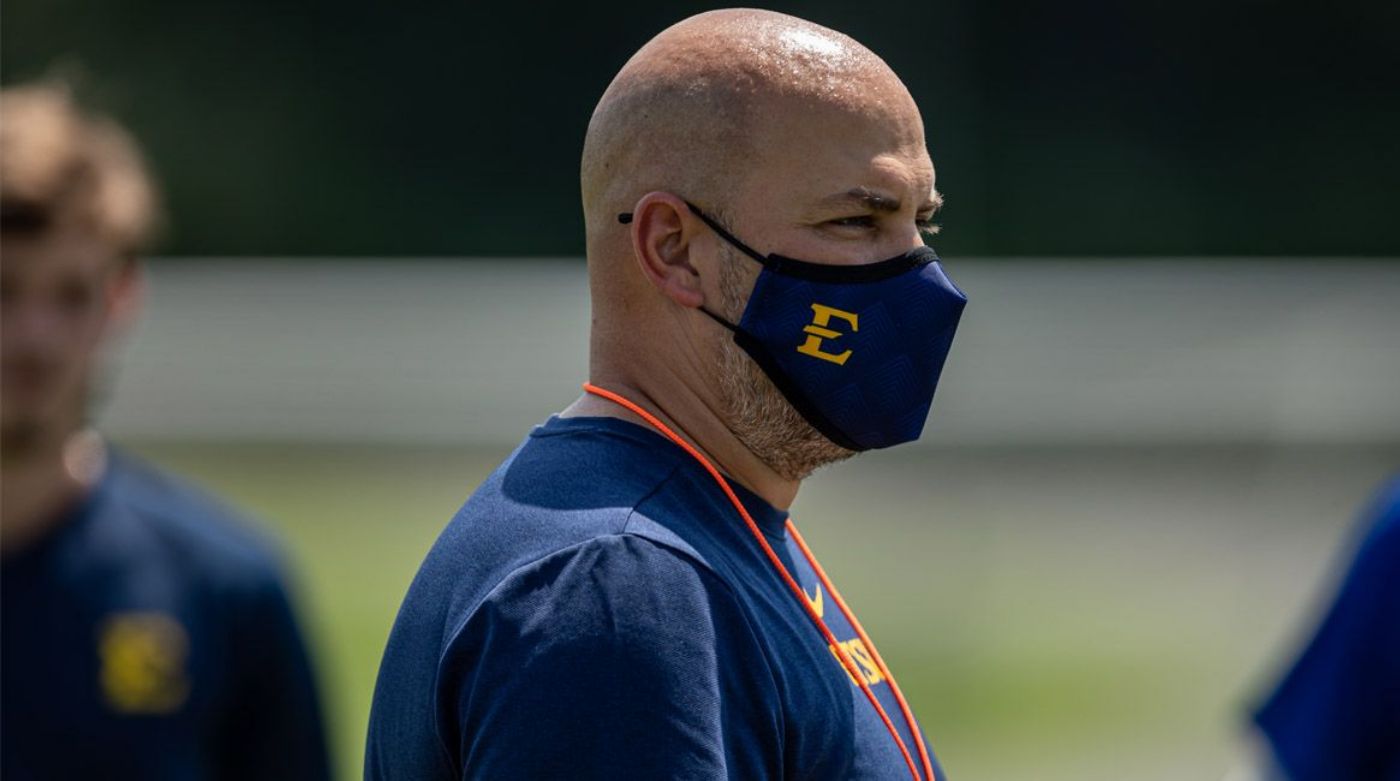 JOHNSON CITY, Tenn. (Jan. 27, 2021) – David Casper announced a finalized schedule for the ETSU Men’s Soccer team on Wednesday morning. With five home games on the schedule, ETSU challenges a Big East side in Johnson City for the first time in program history.

Summers-Taylor Stadium plays host to Xavier as the Bucs welcome the Musketeers in the opening game of the shortened non-conference season, a 3 p.m. showdown set for February 5th. Back-to-back 2 p.m. road trips against Lipscomb (February 13) and Marshall (February 23) await the Bucs before their final preparation before SoCon play, a home match against VCU. The kickoff is scheduled for 7 p.m. on February 27.

The Blue and Gold open their conference season just under two weeks later with a 3 p.m. matchup with the reigning regular-season champions in the Furman Paladins at Summers-Taylor Stadium on Friday, March 12. ETSU then faces a two-game road trip, battling Mercer in a midweek 7 p.m. matchup on March 16 before heading to Spartanburg to take on Wofford in a 7 p.m., March 20 showdown.

A pair of home games against Belmont (March 23) and VMI (March 30) round out the Buccaneer home schedule, set for 3 p.m. kicks. UNCG plays host to the Bucs’ final match of the regular season on April 3, kicking off at 7 p.m.

Check the ETSU Men’s Soccer page on ETSUBucs.com or @ETSUMSoccer on Twitter for any game updates.