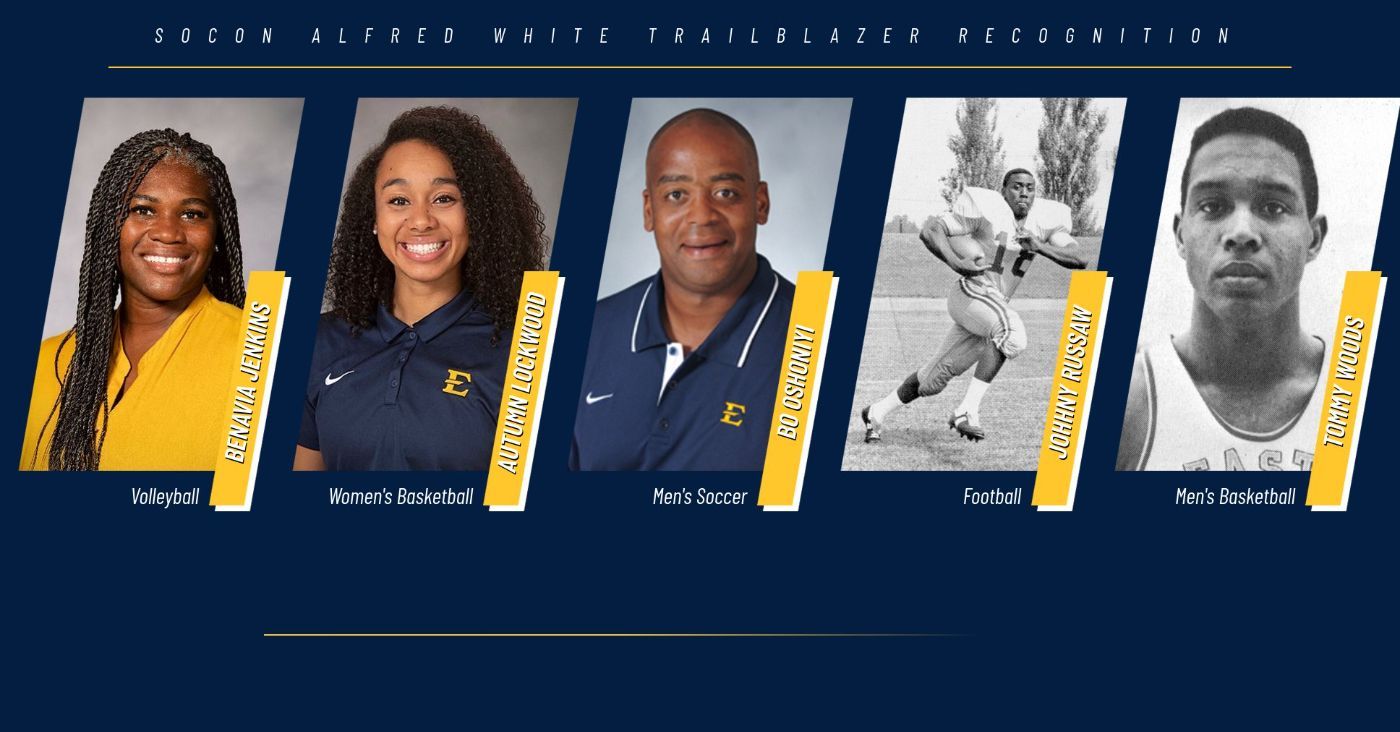 List recognizes the first Black student-athletes, faculty and administrators throughout history of the conference

SPARTANBURG, S.C. - The Southern Conference Racial Equity and Justice Task Force announced the SoCon Alfred White Trailblazer Recognition on Friday afternoon, an initiative developed in conjunction with the conference’s 100th anniversary to honor Black student-athletes, faculty and administrators who have paved the way and contributed to the success of those who came after them in the league.

The recognition is named after former Southern Conference commissioner Alfred White (1998-2001), who is the first and only Black commissioner of the league and the first African American named to lead a conference not composed primarily or exclusively of historically Black colleges.

“I am beyond honored to have my name associated with the SoCon Trailblazer recognition. I applaud the Racial Equity and Justice Task Force marketing subcommittee members that conceptualized this recognition initiative,” White said. “The Southern Conference will always occupy a special place in my heart, and I am delighted my time with the league brought significance to the progress minorities and women were making in athletics administration.”

The initial members of the list were the first to make marks on their respective campuses as first Black head coaches, student-athletes, administrators and more.

The SoCon Alfred White Trailblazer Recognition will be an evolving list as individuals in the SoCon continue to make their mark as trailblazers. If you would like to submit a name to the SoCon Alfred White Trailblazer Recognition list, please fill out the following fields in this form. (OR email Jasmine Washington, [email protected], with the first and last name, school, sport, years active at the school and a sentence explaining why this person is a trailblazer.)

The SoCon stands with its student-athletes, faculty and administrators in supporting all ongoing and continuous racial equity and justice efforts.

Phillip Ervin; Samford Baseball (2011-14)- First Black baseball player at Samford to be drafted in the first round of the MLB draft

Adrian Peterson; Georgia Southern Football (1998-2001)- One of three Black athletes in the first SoCon Hall of Fame (‘09); Member of the College Football Hall of Fame

Victor Roache; Georgia Southern Baseball (2009-12)- First Black SoCon baseball player to be drafted in the first round of the MLB draft (2012)

Alfred White; Southern Conference (1998-2001)- First and only Black commissioner of the SoCon