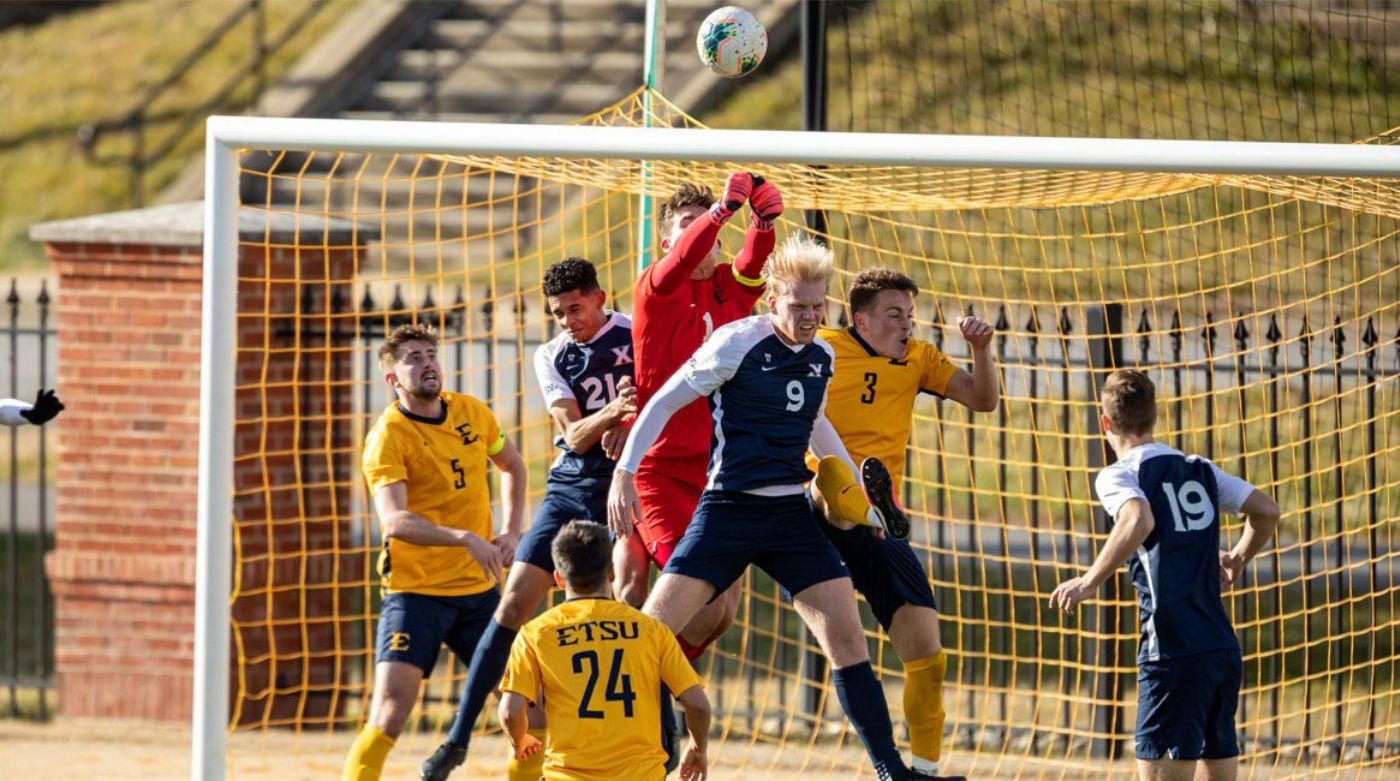 The match between the two marked the first in program history, and the first time ETSU hosted a school from the Big East conference at Summers-Taylor.

Xavier outshot the Bucs 9-3, including a 6-0 advantage in shots on goal. Josh Perryman (Sheffield, England) recorded four saves in the defeat.

The Bucs were called for 11 fouls, only three conceded by the visitors. Xavier held a 4-2 advantage in corners.

A stalemate the opening thirty minutes inside Summers-Taylor Stadium, both teams finally recorded their first shots with nearly 15 minutes in the first half left to play. Aidan O’Brien’s (Asheville, N.C.) cross-turned-shot hit the crossbar, the Xavier defense scrambling the ball out for a corner. Later in the half, Jared Leheta (Montreal, Canada) registered the first shot of his collegiate career, narrowly missing the top right of the frame, hitting the side netting and leaving the visitors with a goal kick.

Xavier produced the first save out of the reigning SoCon Goalkeeper of the Year, Perryman collecting a shot to his near right from a wide angle in the opening 10 minutes. The pressure mounted as the visitors claimed the opening goal in the contest, breaking the deadlock at the 60th minute mark from a Henderlong tap in following a scrambling save from Perryman off a deep attempt. Less than 10 minutes later, Henderlong doubled the Xavier lead after being sent through from a clipped pass from Bryce Curran, slotting into the net with his left foot. After being rattled for two goals in 10 minutes, the Buc defense solidified but were unable to produce on the attacking end, Xavier able to hold off the Bucs in a 2-0 win over the Blue and Gold.

The Bucs travel to Nashville to take on Lipscomb on Feb. 13. Kickoff is scheduled for 2 p.m.