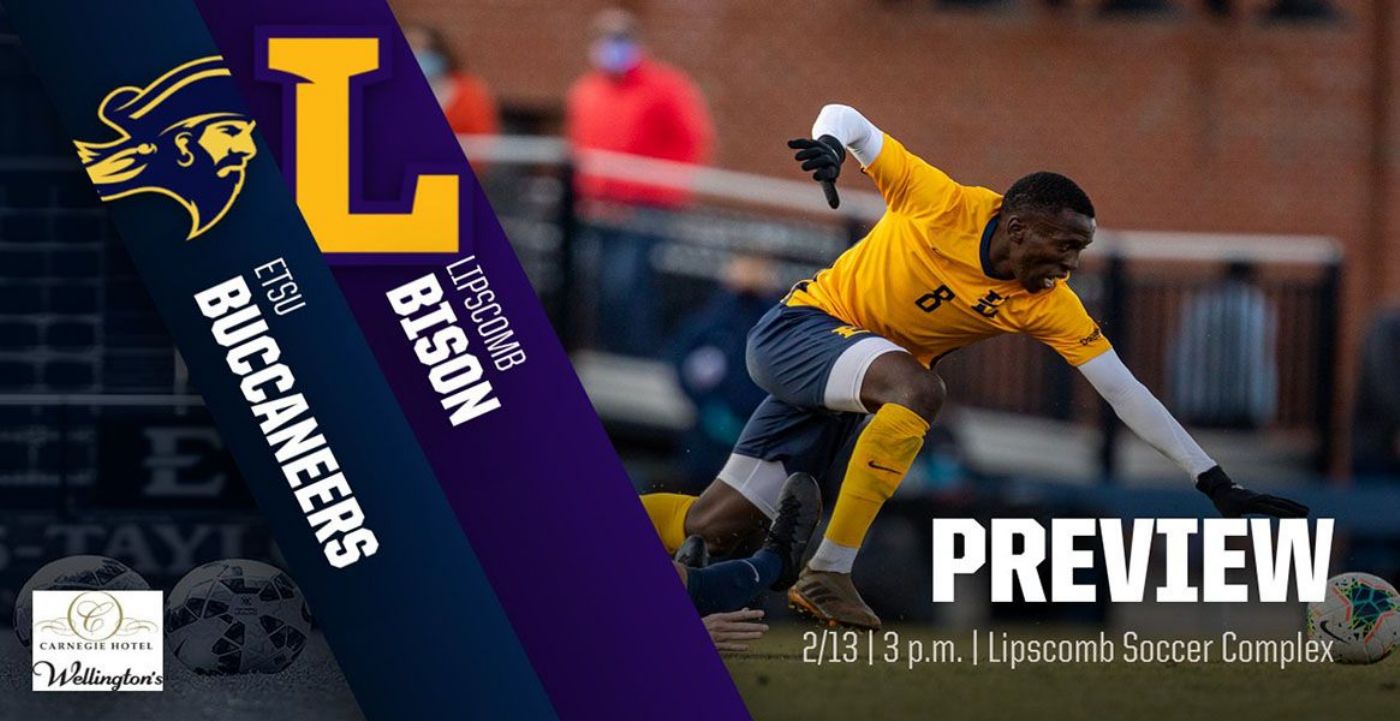 The Bucs hold a little extra weight heading into the contest, looking to turn around the 3-0 loss the Bison handed ETSU at Summers-Taylor Stadium in the last campaign. But the battle against Lipscomb won’t come easy, the Bison entering scoring three goals per game as they breezed by their opening two opponents.

The Bucs are set for action on the Lipscomb YouTube channel for Saturday’s midday matchup against the Bison. John Freeman (Play-by-play for Nashville SC) is joined on the call by Nashville SC defender Taylor Washington for the 3 p.m. ET matchup.

The Bucs look to erase their opening day defeat to Xavier, a game in which the Blue and Gold only mustered three attempts in the first meeting against the Big East foes. The three attempts marks the lowest in the Casper era, ETSU 1-12-0 when failing to register double-digit shot attempts. ETSU looks to Preseason All-SoCon Team nomination Kieran Richards (Hamilton, New Zealand), who only scored two of his six goals away from Summers-Taylor last season. On the ETSU roster, only three goals were scored away from home from members on this year’s team, the Bucs looking to find more options in front of net to help balance the Buccaneer attack.

Luto Tom (Cape Town, South Africa) and Aidan O’Brien (Asheville, N.C) steadied the midfield in the Xavier contest, bringing in veteran leadership in the middle of the pitch as transfers from Iowa Lakes CC and La Salle. Jack Perry (Kingsport, Tenn.) received a call to start in the midfield, the freshman also making his first appearance for the Bucs.

Lucas Lightner (Clarksville, Tenn.) and Tarik Pannholzer (Flensburg, Germany) look to add an attack from the wide positions, while Richards pushed forward in an advanced role to lead the Buccaneer line, usually operating from the midfield.

The Bison enter the matchup 2-0 on the season, taking on the Bucs in the final of their three-game home spurt to start the campaign. Lipscomb hosted Evansville in a 3-1 victory before shutting out Alabama-Huntsville 3-0 on Tuesday evening.

Five of the six goals scored in the early going of the season have been scored by freshman, the only other goal being scored by another underclassman in sophomore Killian Byrne. Tyreese Spicer and Javanne Smith lead an exciting attacking group with two goals apiece, Smith adding two assists to his young career. Michael Sibley mans the Lipscomb goal, allowing only 0.50 goals per contest and collecting a .800 save percentage in the opening two games. The Nashville side are a physical group, picking up 32 fouls over their opening two games, accumulating six yellow cards.

The advantage in the series has trended towards the Blue and Gold, ETSU holding a 8-3-1 advantage over their hosts Saturday. The Bucs have held the Bison to five shutouts in their eight wins, but were without a goal in the last match between the sides, a 3-0 clean sheet for Lipscomb inside Summers-Taylor. Saturday marks the fourth straight season the two sides meet, and only the fourth time Lipscomb have hosted the matchup. ETSU enters with a 2-1-0 record when facing Lipscomb on the road, their only loss coming in the inaugural season of the Buccaneer program in 2008.