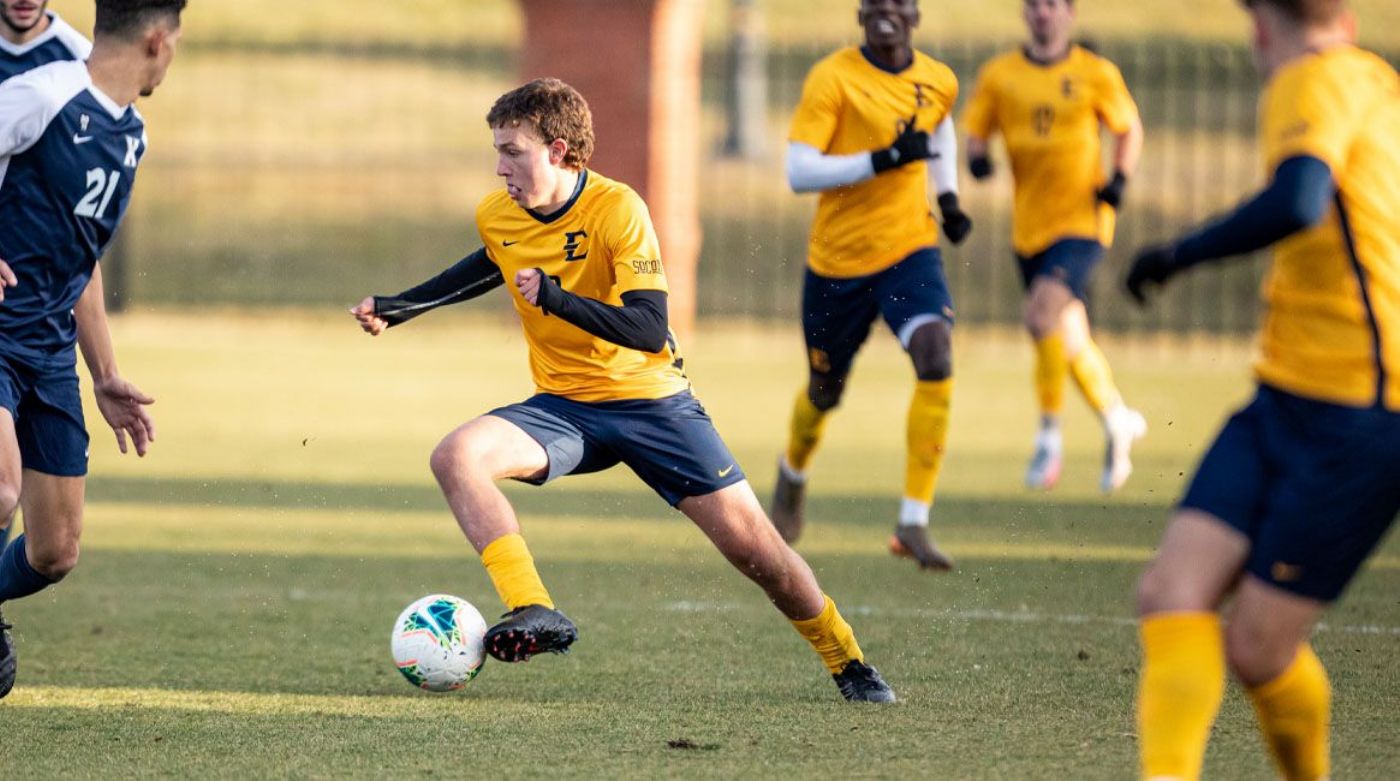 NASHVILLE, Tenn. (Feb. 13, 2021) – The ETSU Men’s Soccer team fell on Saturday afternoon in their first road game of the season to the Lipscomb Bison, 2-1.

INSIDE THE NUMBERS
The two teams combined for 17 shots with 11 in the first half. The Bison held a 10-7 advantage over the Bucs.

ETSU and Lipscomb totaled seven yellow cards, all in the second half. The Bison had 18 fouls in the contest compared to eight for the Blue and Gold.

HOW IT HAPPENED
First Half
Lipscomb got on the board first early in the contest with a goal in the seventh minute. On ETSU’s second shot of the contest, Jared Leheta (Montreal, Canada) scored the equalizer in the 31st minute. Receiving a cross from Austin Bihlmeyer (Knoxville, Tenn.), senior Josh Denton (Knoxville, Tenn.) headed the ball back into the path of an oncoming Leheta, who rifled the ball into the back of the net to equalize for the Bucs and score his first goal of his collegiate career. After the Bucs’ goal, ETSU (3) and Lipscomb (2) combined for five shots in the final 14 minutes of the half but neither team was able to take the lead.

Both defenses were a lot stronger and more aggressive in the second half. The teams combined for three shots in the first 10 minutes of the half, and just three in the final 35 minutes of the game. ETSU’s Jack Perry (Kingsport, Tenn.) and Tarik Pannholzer (Flensburg, Germany) were the only Bucs to take a shot in the second 45 minutes of action, both went above the crossbar. The difference-maker came in the 87th minute as Lipscomb’s Hayes Wood scored off of a corner kick to give the Bison a 2-1 advantage.

The Bucs are back on the road on Feb. 23 at Marshall. Kickoff is scheduled for 2 p.m.