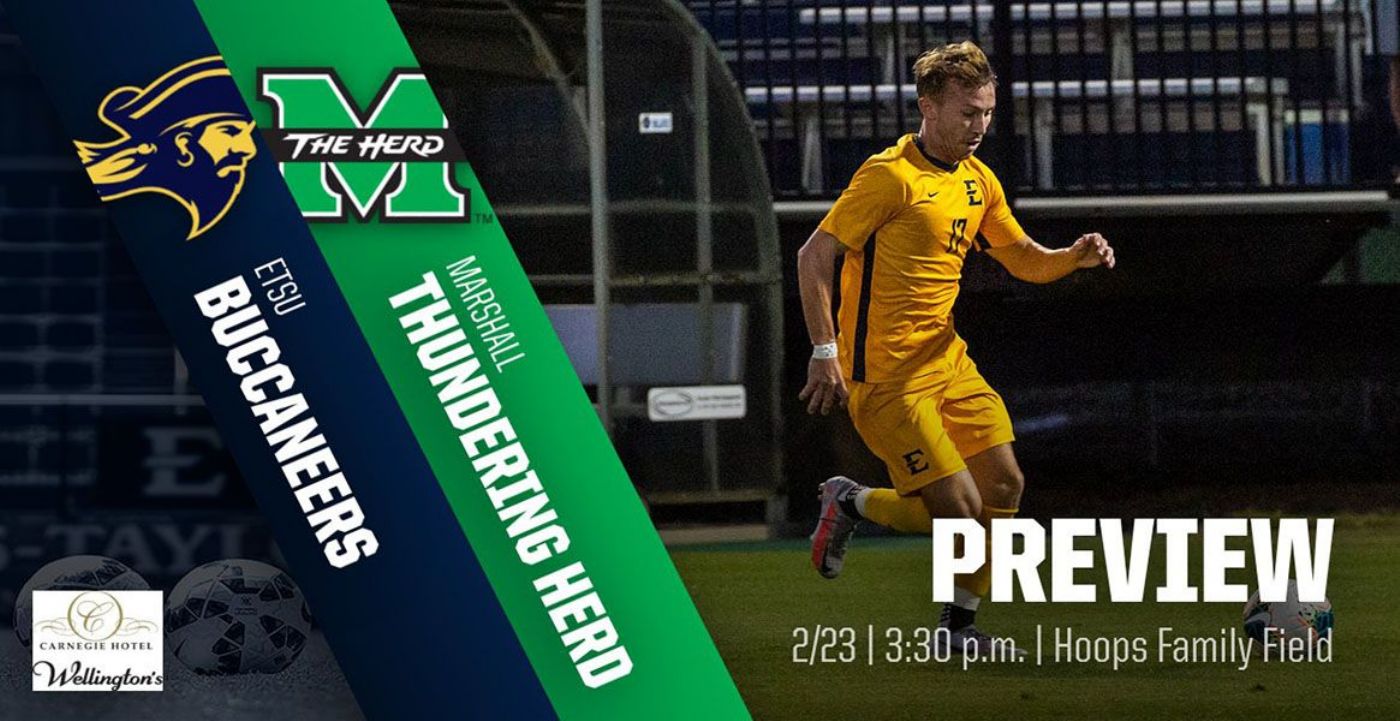 The two sides met in the 2019 season, also a home contest for the West Virginia side. The Herd defended their home field, edging the Bucs in a narrow 2-1 win. ETSU will look to respond, with kickoff set for 3:30 p.m.

Looking to avoid their joint-worse start in the last three seasons, the Bucs look to collect their opening win on the season in the road contest at Marshall. As a team, ETSU looks to get more pressure on the opposing defenses, tallying just five shots a game. Three of the Buccaneer goals conceded have been allowed in the second half, opposed to zero scored in the second half for the Bucs. Preseason All-SoCon selection Kieran Richards (Hamilton, New Zealand) looks to make an impact, having yet to make an imprint on the first two games.

After a near wholesale change in the backline and an early injury bug to the squad, the Buccaneer defense is still trying to find a rhythm, conceding twice in each of their opening two games. The ETSU defense is led by senior Austin Bihlmeyer (Knoxville, Tenn.),the only remaining regular starter from last year’s defense that ranked amongst the best in the SoCon. Josh Perryman (Sheffield, England) looks to get the call in the net, the reigning SoCon Goalkeeper of the Year unavailable for selection in the road trip at Lipscomb.

In his first career start, freshman Jared Leheta (Montreal, Canada) grabbed his opening tally in the Blue and Gold in the loss to Lipscomb. The rookie marks the eighth time in program history that a Buccaneer scored on his first start of their career, joining teammate Dominic Foster (London, England) who did so on his debut last season in the overtime win against Belmont.

The Herd have opened their season on a two-game unbeaten streak, set for their third of four straight home games to open the season. After a double-overtime draw with Oho Valley in the first match, the Herd ran rampant on West Virginia University Institute of Technology, pushing eight second-half goals in the net on the way to a 10-1 rout over their in-state foes.

Marshall has eight goal scorers between their 11 goals on the season, led by Vitor Dias and Jan-Erik Leinhos with two goals and two assists apiece. The Herd have put up a whopping 52 shots in the first two games, 25 of them being on frame. Oliver Semmle has been the mainstay in the net early on, playing all but one half of the season. The junior has allowed just 0.58 goals per game in the season, only facing two shots on the season, saving one.

Marshall has been projected to win the C-USA title, selected by the coaches within the conference. Milo Yosef has been selected as the Preseason Offensive Player of the Year for the Herd, adding Pedro Dolabella and Leinhos along with Yosef on the C-USA All-Conference Team.

The two sides met in the 2019 season, the Bucs making the trip to Huntington to take on Marshall early in the campaign. After trailing at the break, the Bucs tallied an equalizer just 10 minutes into the half. The hosts would regain their advantage just a minute later, holding off the Bucs’ late charge for a result. Overall, the result marked the first loss for the Bucs against the Herd, after opening the series with three straight wins. It’ll be the third time in three seasons that these two meet after a seven year hiatus between matchups.