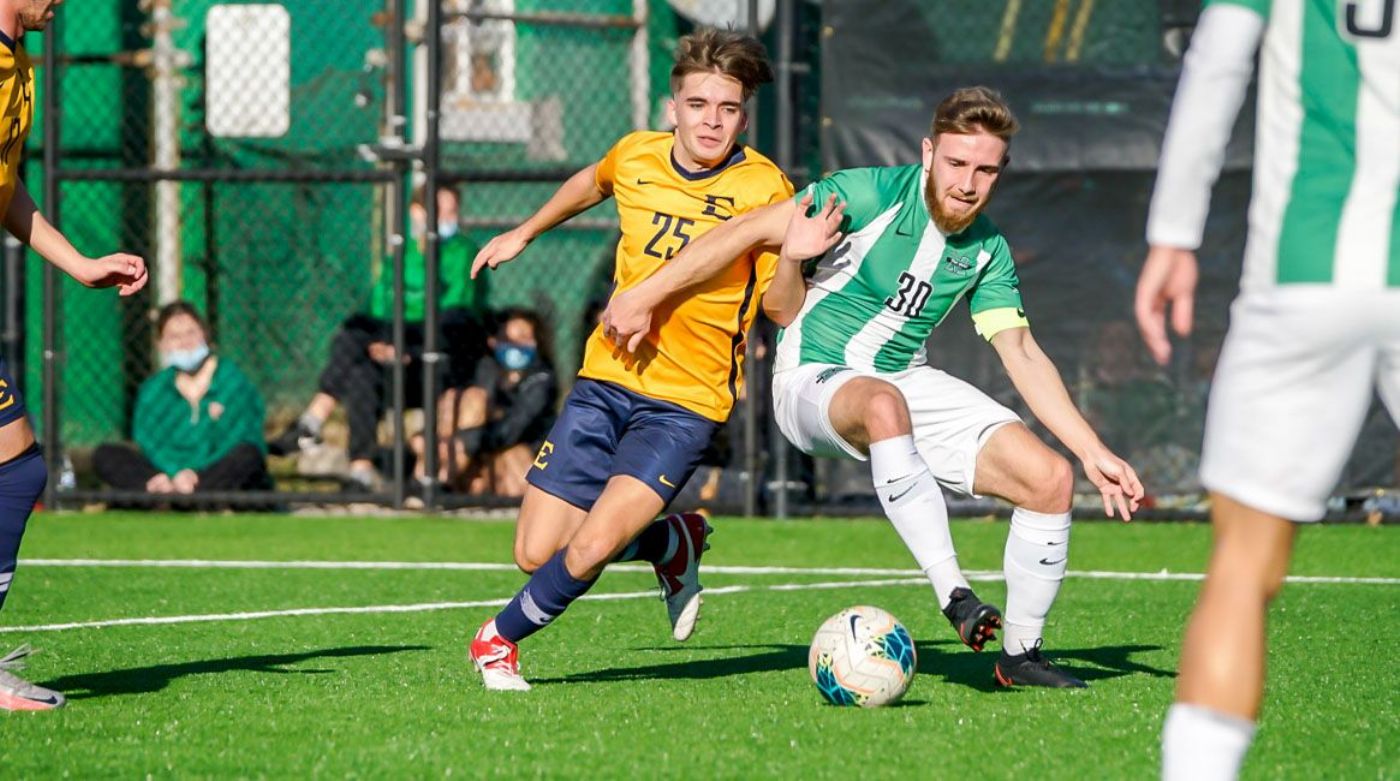 Entering the game ranked ninth nationally according to TopDrawer Soccer, Marshall proved every bit of it, allowing only two shots compared to their 21 on their way to their second-straight win in as many seasons against the Bucs.

Marshall held a healthy advantage in shot attempts in the first half, taking 12 shots compared to the Bucs’ solo effort. ETSU registered just one other attempt compared to the Herd’s nine in the second half, the hosts holding a 21-2 advantage in total. The two shots are the lowest in the David Casper era.

The Bucs faced a 9-1 deficit in corners, taking their lone corner kick with just over a minute remaining on the clock.

The head referee was given a busy task, adjudging 35 fouls between the two teams after 90 minutes, ETSU recording 18 of them. The two sides combined for 28 fouls in the 2019 edition of this matchup

Josh Perryman set a career-best in saves on the afternoon, finishing with eight saves and a .800 save percentage.

The opening 10 minutes saw both sides only register one target on goal, neither threatening a breakthrough. With a heavy wind at their back, the hosts started finding pressure against the backline of ETSU, breaking through and forcing Josh Perryman (Sheffield, England) into a smart save as the keeper rushed out and made himself big to deny the Marshall attack. The Englishman came up huge in the 24th minute, forcing a stop on a breakaway counter attack before retreating back into goal and making another fine save at the near post. The ensuing corner found Perryman once again being called into action, making his third save in a minute to keep the score level. Being called into action twice more in the half, Perryman registered his sixth save of the contest with just under a minute to play in the opening half, as many saves as ETSU entered the match with on the season.

The hosts continued their attack on the Buccaneer goal, grabbing two early shots that forced each a Perryman and a team save. Only eight minutes into the half, the Herd finally found their breakthrough as Vitor Dias picked up the ball in the attacking third, glided past a defender and slotted his attempt into the bottom right corner before wheeling off to celebrate.

After not allowing a shot the next ten minutes, it looked like ETSU were the more likely of the sides to produce the next attack. However, a slipped through ball from Marshall’s Jacob Adams sent Vinicius Fernandes into wide open space, allowing the Marshall attacker all the time in the world to find the bottom corner to double the advantage for the hosts.

The Bucs were given an opportunity to cut the lead after a sloppy turnover from Marshall’s keeper gave Tarik Pannholzer (Flensburg, Germany) the ball in front of goal. The freshman looked for the lofted effort, beating the keeper but sailing the attempt over the crossbar as the opportunity was wasted. In the last attempt of the game in the 79th minute, Perryman recorded his eighth save of the afternoon, setting a career-best for the reigning SoCon Goalkeeper of the Year. The Herd slowed the game down the rest of the way, settling for a 2-0 win as the Bucs fell in their third-straight defeat.

The Bucs celebrate their seniors in a Saturday, Feb. 27 matchup against VCU. The kickoff inside Summers-Taylor is scheduled for 7 p.m.