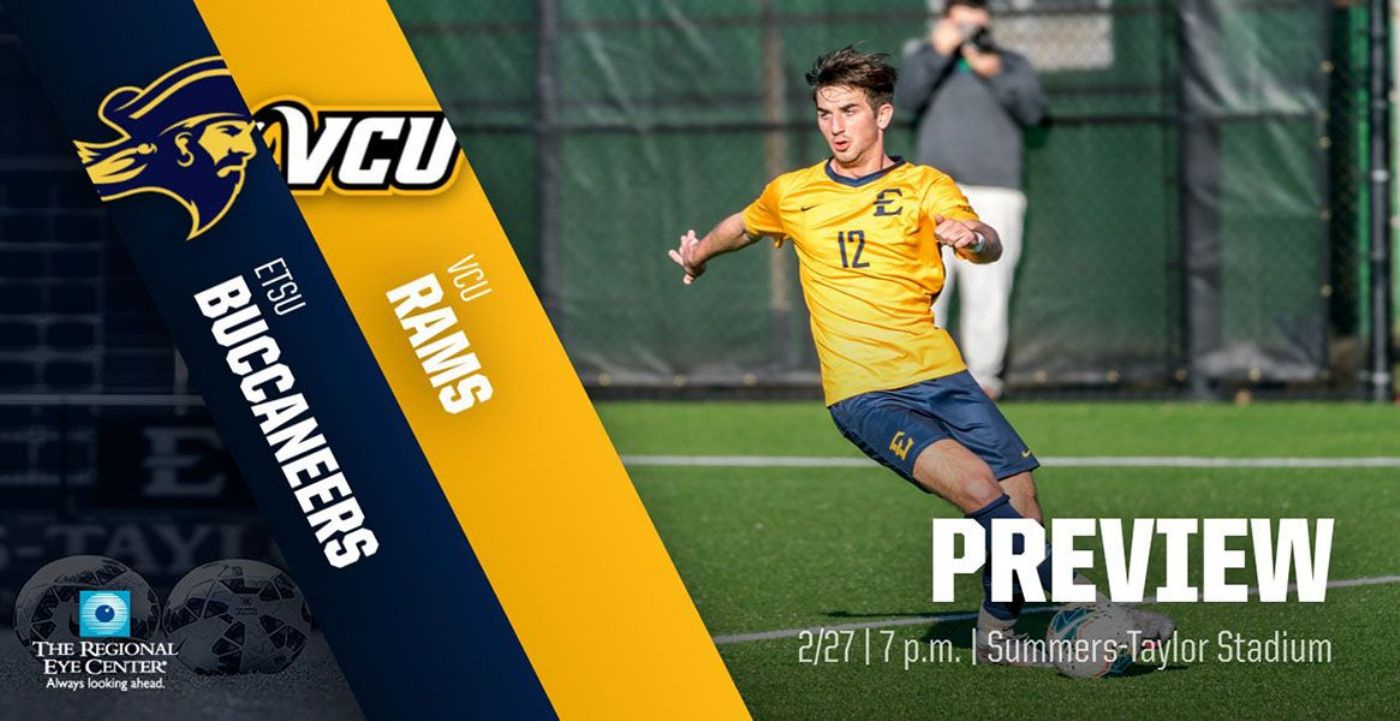 Austin Bihlmeyer (Knoxville, Tenn.), Jordan Broadwater (Kingsport, Tenn.) and Josh Denton (Knoxville, Tenn.) will be honored on Senior Night prior to the match against the Rams, each having served four years within the Buccaneer program.

The Bucs are set for action on ESPN+ for Saturday evening’s matchup against the Rams. Mike Gallagher will be on the call for the contest.

The Bucs come off a 2-0 loss to the Marshall Thundering Herd, who entered the contest #9 in the country according to the TopDrawerSoccer rankings. The Herd looked every bit of that quality, outshooting the Bucs 21-2 over the course of the 90 minutes.

ETSU has only registered 12 shots in their three games this year, the lowest tally in the opening three games in Coach Casper’s tenure. Entering the season on the Preseason All-SoCon Team, midfielder Kieran Richards (Hamilton, New Zealand) has only managed to register one shot so far on the season. The lone Buccaneer goal comes through Jared Leheta (Montreal, Canada), becoming the eighth player in program history to score on his first career start in the Blue and Gold when scoring the equalizer at Lipscomb.

Between the pipes, Josh Perryman (Sheffield, England) returned after a one-game absence to captain the Bucs. Coming off a season in which he was garnered with SoCon Goalkeeper of the Year accolades, the redshirt junior recorded a career-best eight saves in the loss to Marshall, six of them coming in the opening half.  Bihlmeyer joins as the most capped member of the Buccaneer defense, playing in his 54th game of his career for the Bucs if he makes an expected start on Senior Night.

Expected to make his 20th appearance donning the ETSU jersey, Broadwater enters his senior night searching for his second collegiate goal. The Kingsport native scored on his first career shot attempt, getting on the scoresheet in his debut in 2018 in the win over VMI. With 18 appearances on the year, Denton looks for his first goal as a Buc on Saturday evening, assisting three times in 18 games prior to tomorrow’s matchup.

The Rams season has been a frustrating start. After their opening four contests were either postponed or canceled, VCU welcomed defending National Champions Georgetown in a 1-1 draw. The next three games for the Rams were all once again canceled before their season officially began. The Wolfpack of NC State traveled to Richmond before edging the Rams in a 1-0 score line as VCU enter Saturday’s contest with both sides looking for their first win on the season.

VCU get last season’s leading goalscorer Biska Biyomba back for his redshirt senior campaign, scoring five goals while tying a team-high in assists with four. The only other returner with multiple goals in the Ram side is Fiorre Mane, who finished with three goals and one assist. Mario Sequeira leads the Ram defense, returning as last year’s only used goalkeeper. Sequeira allowed 1.21 goals per game, collecting a .742 save percentage while maintaining three clean sheets.

Saturday’s contest will be just the third time these two programs face off, the first time the Rams make the trip to Johnson City. After an opening 2-1 win in the series in 2014, the Bucs stumbled in the season opener last year, falling in a evenly contested matchup that saw a late first-half goal give the Rams the eventual decider in a 1-0 Buccaneer defeat.