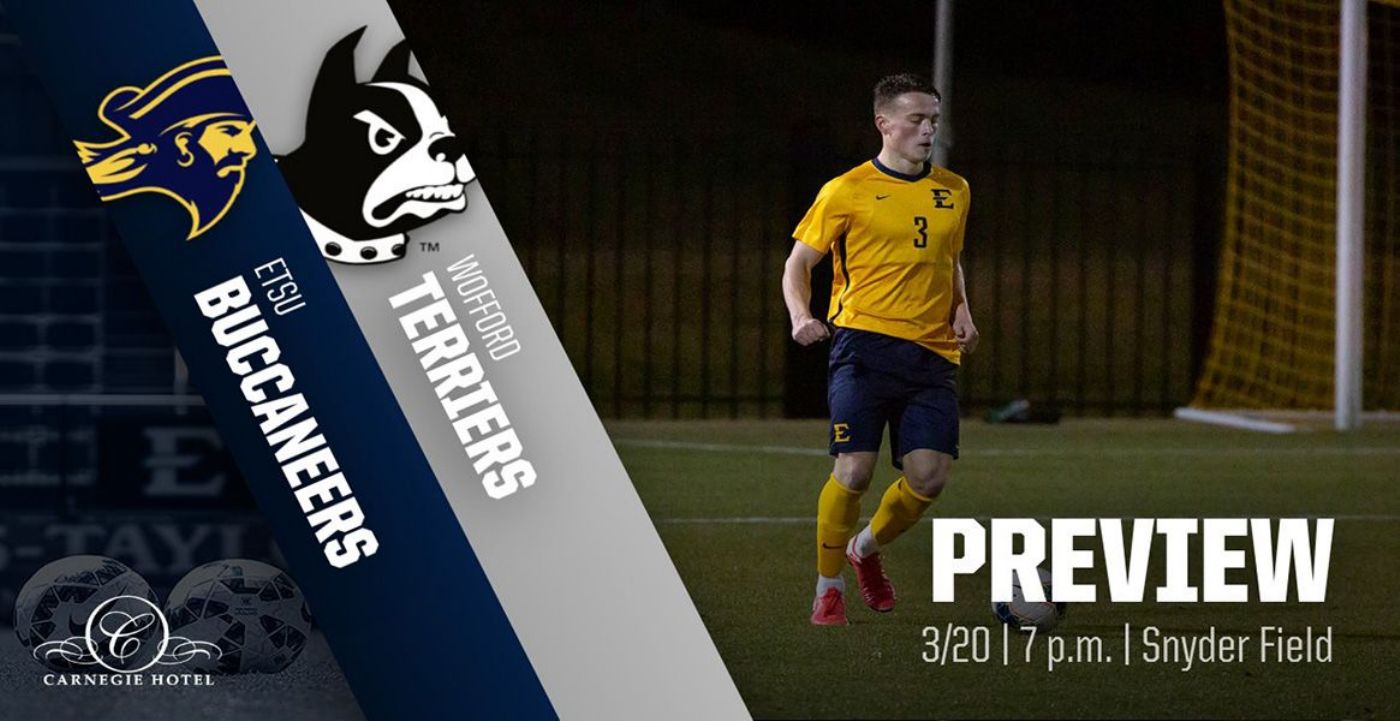 ETSU looks to grab second-straight win on the road

JOHNSON CITY, Tenn. (March 19, 2021) – The ETSU men’s soccer team finishes their two-game trip on the road on Saturday evening, taking on the Wofford Terriers in a clash on Snyder Field.

ETSU strung their first victory of the season after a tough non-conference schedule, taking down preseason favorites Mercer on the road in a midweek matchup. After missing out on a deserved result against Furman in the SoCon opener, the Bucs bounced back and held the Bears scoreless, capitalizing on an 88th minute strike to leave Macon, Ga. with all three points.

The Bucs are set for action on ESPN+ for Saturday’s matchup against the Terriers.

Despite being outshot by the Bears 19-8 over the course of the Tuesday match, the Bucs held their opponents to comfortable efforts for the majority of their shot attempts. After holding off a late surge of chances from the Bears, the Bucs countered and struck the net in the 88th minute, Lucas Lightner (Clarksville, Tenn.) scoring his first collegiate goal to give ETSU their first win of the season.

The win changes the outlook on the early conference season, the Blue and Gold holding a 1-1-0 record in conference play with two of the early frontrunners to challenge for the league behind them. ETSU garnered their second clean sheet of the season, each being recorded within the last three games.

Kieran Richards (Hamilton, New Zealand) continues on his search for his first goal of the season, leading the team with 12 shot attempts. Josh Perryman (Sheffield, England) matched his career-high in saves, tallying eight on his way to his second clean sheet of the season.

The Bucs are meeting the Terriers at the right time, Wofford in the middle of a four-game losing streak to start the season. Facing stiff competition in High Point, South Carolina and Davidson all on the road, the Terriers fell in their first matchup against Belmont before a postponement in their game against Furman. All four contests have been decided by one goal.

Brandon Oddy leads the Terrier line, scoring two goals in his four starts to enter as Wofford’s highest scorer. Reigning SoCon Freshman of the Year and SoCon First Team selection Adrian Roseth joins Oddy up top, scoring a lone goal after a team-high six scored last season. Between the pipe, Emil Larsen has received the call in three of the four games, averaging a .647 save percentage on his way to a 2.00 GAA, registering 11 saves this campaign.

History favors the Bucs, entering Saturday’s matchup leading 9-3-2 in the overall series. The good news for the Terriers is that all three of their series wins have come in the friendly confines of Spartanburg, ETSU holding a small 4-3 advantage in road games.